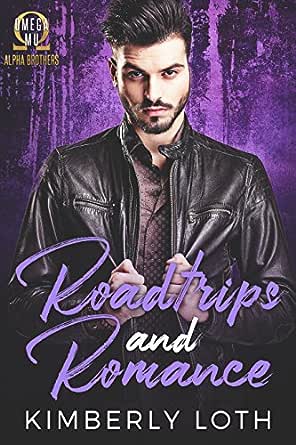 You've subscribed to Omega Mu Alpha Brothers! We will preorder your items within 24 hours of when they become available. When new books are released, we'll charge your default payment method for the lowest price available during the pre-order period.
Update your device or payment method, cancel individual pre-orders or your subscription at
Your Memberships & Subscriptions
There was an error. We were unable to process your subscription due to an error. Please refresh and try again. 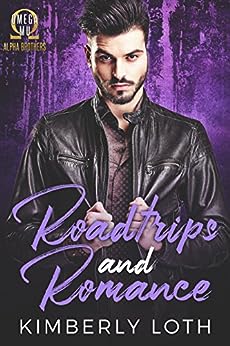 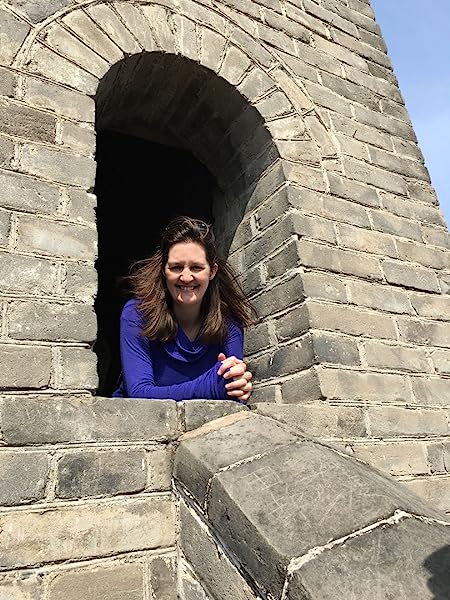 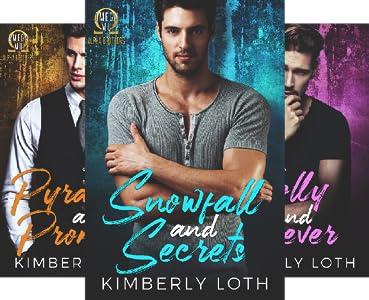 4.8 out of 5 stars
4.8 out of 5
64 customer ratings
How does Amazon calculate star ratings?
Amazon calculates a product’s star ratings based on a machine learned model instead of a raw data average. The model takes into account factors including the age of a rating, whether the ratings are from verified purchasers, and factors that establish reviewer trustworthiness.
Top reviews

specialangel
5.0 out of 5 stars Fabulous
Reviewed in the United States on July 26, 2017
Verified Purchase
I have read all 5 books in the Omega Mu Alpha Brothers Series. They are all terrific! Kimberly Loth has a way with words that makes you feel as if you are part of the story. She is one of my one-click authors. I highly recommend reading all of her books.

Adam and Liz are a sweet couple. They come from totally different backgrounds but their core values are the same. I loved the way Adam caused Liz to re-evaluate her life without ever pushing or criticizing her in any way. All he did was support her decisions and show her she was special. What a wonderful way to build a relationship. Adam is a dream of a boyfriend.

I wish Nona had played a bigger role. In previous books, the other frat brothers play a small part. I missed not catching up with them in this book.

Denise Austin
5.0 out of 5 stars New perspective
Reviewed in the United States on July 26, 2017
Verified Purchase
I wish I could have been on the road trip with them! I loved how Liz and Adam described each other in high school. My favorite part was that Liz didn't let her high school feelings cloud her judgment and she gave Adam a second chance. She took the time to get to know him again and to see what a great guy he is. As for Adam he knew the potential that Liz had not only in high school, but that she had a great future mapped out for herself and he wants to see her achieve her dreams. Another great book by a wonderful author!
Read more
One person found this helpful
Helpful
Comment Report abuse

AmberMoon86
5.0 out of 5 stars Another epic romance
Reviewed in the United States on July 26, 2017
Verified Purchase
Although this book is part of a series, all of the books so far are great on their own and in any order without really any spoilers. This story, as the title suggests, takes place on the road. Liz and Adam meet up by chance and they hit the road on an amazing trip that changes their lives. I don't know what else to say without giving everything away, but I highly recommend this book as well as the rest of the series.
Read more
One person found this helpful
Helpful
Comment Report abuse

Kindle Customer
5.0 out of 5 stars Roadtrips and Romance
Reviewed in the United States on April 4, 2020
Verified Purchase
Fun read that was a great escape. I could just imagine this road trip and wanted to be taking it myself. I would definitely buy more from this author,.
Read more
Helpful
Comment Report abuse

Lynda Swarbrick
5.0 out of 5 stars loved it
Reviewed in the United States on November 15, 2019
Verified Purchase
brought the whole series so far, I loved the overall story with the dogs throughout the stories cant wait for the rest
Read more
Helpful
Comment Report abuse

Brianna
5.0 out of 5 stars Roadtrips and Romance
Reviewed in the United States on July 26, 2017
Verified Purchase
I really enjoyed this book. It feels like I've been waiting forever for the next book in this series, and it didn't disappoint. I recommend reading this series, you won't be disappointed.
Read more
One person found this helpful
Helpful
Comment Report abuse

Jacob Jaffe
5.0 out of 5 stars Just wish there were more books in this series
Reviewed in the United States on October 10, 2017
Verified Purchase
Love these books so much. Wish they were longer and more of them. Please write more... love love love. 😊
Read more
Helpful
Comment Report abuse

DWhit
5.0 out of 5 stars No more wasted kisses!
Reviewed in the United States on July 26, 2017
I loved this story! It starts out with Liz getting ready to take her life long dream road trip that her mother had always talked about. Her almost fiancé Tanner bails out at the last minute leaving Liz to travel alone. Her car breaks down after her first night. She's crying on the beach and planning to go home after her dad comes to pick her up, when a man and dog show up next to her. Adam, a super rich boy from high school of all people, but he's all grown up and seems to want to help. He offers to go with her as her traveling companion. They have a fabulous time making memories. Tanner is jealous, but knows this trip means a lot to her. Adam quickly falls for the girl who knows what she wants out of life. There are a few twists and turns on this road trip and Liz ends up finishing by herself. When she gets home she's wondering if Adam will still want her. I'm not going to spoil the story with more details. This story is a standalone with a HEA. It's very cute and keeps you wanting more. I highly recommend this story! I rec this ARC for an honest review and loved every minute of it.
Read more
2 people found this helpful
Helpful
Comment Report abuse
See all reviews from the United States