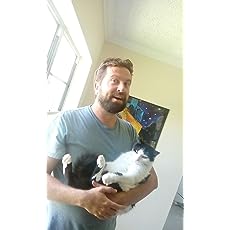 Rob Marsh is a Florida-based author who writes fables about human-puppet hybrids, inquisitive primates, devious public radio monsters and other unusual characters, mostly for all-ages or for highly immature readers. He waits patiently for that call from Hollywood with an offer to convert any or all of his book titles into an atrocious computer-animated feature film in return for millions of dollars, or perhaps just a platter of cupcakes.
Read more 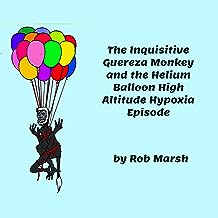 The Inquisitive Guereza Monkey and the Helium Balloon High Altitude Hypoxia Episode Aug 12, 2020
by Rob Marsh
( 1 )
$1.99
It’s the hottest day in July as the Orange Obsessed Man and his friend the Inquisitive Guereza Monkey enjoy an afternoon at the park. But what happens when the allure of bright, colorful helium balloons becomes too much for the prying primate to resist? Surely nothing could go wrong, right? Right??? Read the book and find out!
Read more
Other Formats: Paperback 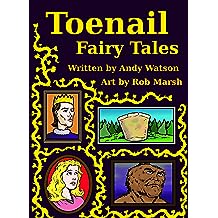 Toenail Fairy Tales: The Smelly Sequel! (The Toenail Tales Book 2) Apr 22, 2017
by Andy Watson , Rob Marsh
( 2 )
$2.99
Nobody can forget the adventure of Dad’s toenail, not even on a peaceful camping trip. So it’s only natural that toenail fairy tales abound by the campfire. Who can tell the smelliest tale? Suitable bedtime material for all ages that will have you laughing your toenails off!
Read more
Other Formats: Hardcover , Paperback 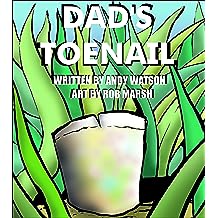 Dad's Toenail (The Toenail Tales Book 1) Sep 18, 2015
by Andy Watson , Rob Marsh
( 5 )
$2.99
Eww! Dad lost his toenail, but will not throw it away. He thinks it is just too useful. It’s up to the kids to help him decide what he could do with it. A carrot peeler? An ice scraper? Perhaps a really nasty dip scooper? What other uses are there, and how long will Mom put up with the smelly thing?
Read more
Other Formats: Hardcover , Paperback 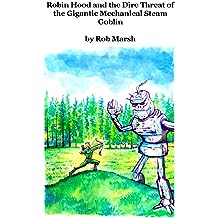 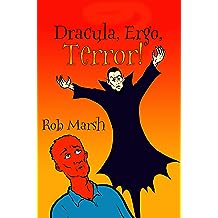 Dracula, Ergo, Terror! (Public Television Heroes! Book 4) Aug 17, 2016
by Rob Marsh
$0.99
Ergo is a misunderstood human-puppet hybrid wanting little more than to fit in at his pharmaceutically-driven indoctrination center (public school), when his day is suddenly turned upside-down by a bizarre series of events leading him to a mysterious thrift shop, an abrupt flight with unexpected allies to a secretive village in Transylvania, and ultimately deep into a shadowy castle rife with timeless evil and gruesome creepiness. Can Ergo save the universe again or will these dire threats prove too devastatingly terrible and leave our unfortunate hero… drained?
Read more
Other Formats: Paperback 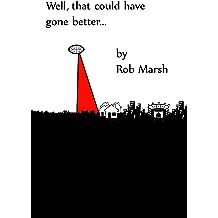 Well, That Could Have Gone Better… Oct 26, 2015
by Rob Marsh
$2.99
Ted and Frank enjoy wasting idle time at work with an inane series of text and chat messages about extraterrestrials. But they get more than they bargained for when the mystery of “are we alone in the universe” is answered in an unexpected way.
Read more 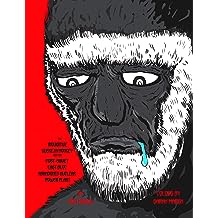 The Inquisitive Guereza Monkey and the Post-Soviet East Bloc Abandoned Nuclear Power Plant Apr 29, 2015
by Rob Marsh , Sarah Marsh
( 7 )
$1.99
The Guereza monkey is old, tired and has a dangerous propensity towards making horrendously bad decisions. If only he’ll listen to his friend, the Orange Obsessed Man, perhaps total nuclear annihilation can be averted…
Read more
Other Formats: Hardcover , Paperback

Ergo is a bright red human-puppet hybrid who wants only to be a normal teenager, if there is such a thing. He’s survived vampires, zombies, aliens, clowns, and dangers in the furthest reaches of space. But can he survive the socialized, heavily-medicated environment of the public school system? Can he endure a seemingly endless onslaught of bounty hunters, defective androids, galactic invasions, and martial arts crazed bullies? Can he go the distance, win the championship and the heart of the most beautiful girl in the school? And how does the plight of this befuddled creature with a heart of gold have anything to do with zany subplots about adorable, marketable critters, a doughy detective, and a defrosted theme park owner all overly saturated with literary tropes?
Read more
Other Formats: Paperback 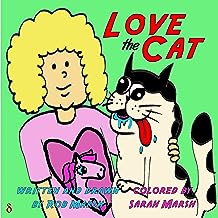 Love the Cat Aug 23, 2014
by Rob Marsh , Sarah Marsh
( 2 )
$2.99
Meet Sarah and her cat, Love. Love’s a good cat, but sometimes he’s a little bit crazy. When Sarah and Love rub up against the neighborhood’s Angry Lady, will the fur fly… or will they make an unlikely new friend?
Read more
Other Formats: Paperback 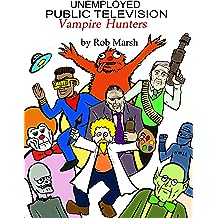 Myles Keiffer is a mild-mannered television program director who is inadvertently pulled into a world of conspiracy, intrigue, and mystery as he and a scrappy band of public television stars embark on a cross-country adventure in which they encounter zombies, aliens, vampires, clowns, and the penultimate evil that could very well mean the end of all humanity, as well as government-funded television programming.
Read more
Other Formats: Paperback 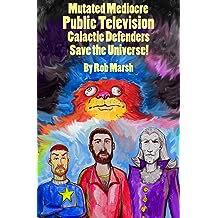 In the thrillingly epic satire Unemployed Public Television Vampire Hunters, a motley collection of public television heroes rode off into an apocalyptic sunset aboard the Boston Symphony Hall. Pine no longer, fans, because here their adventure continues. Join scientific Bertie, neighborly Frank, Georgie the reader, Billy the gentle painter, and the shrill red puppet Ergo as they battle evil robots and aliens, mutate into spacey things both weird and satirical, and save the universe! Did you know you could do all that in Toronto?