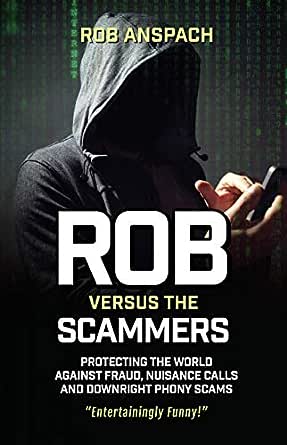 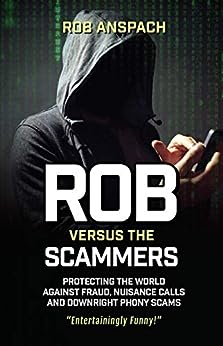 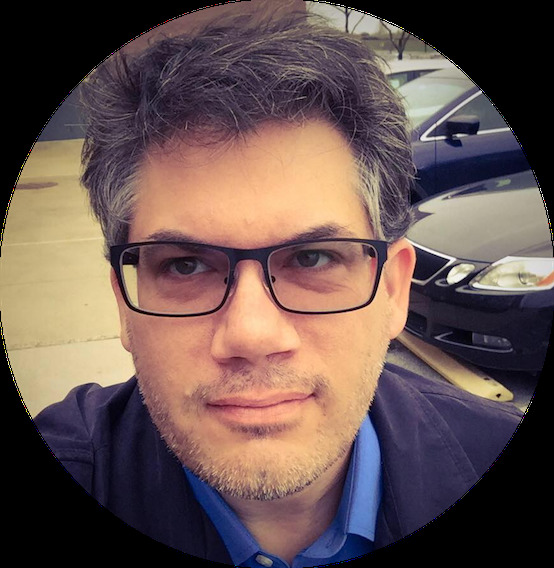 David L. Brown
5.0 out of 5 stars It’s about the scammers
Reviewed in the United States on January 5, 2020
Verified Purchase
In a day where so many people are trying to scam us out of our information Rob brings his wisdom to the forefront on handling the scams and what they make look like.

Vanrentalman
5.0 out of 5 stars The Ultimate Scammer Smasher!
Reviewed in the United States on January 30, 2020
Verified Purchase
Rob really opens up a can of whoop-ass on these scammers, teaching you from actual conversations how to frustrate these time vampires while having a blast doing so. Sarcastic and witty, Rob gives both tactical and strategical expert advice on how to avoid becoming a victim of many various scams. Buy it now and avoid becoming a victim of one!
Read more
Helpful
Comment Report abuse

Gerry O.
5.0 out of 5 stars Learn How One Really Smart Guy Gets Back at Phone Scammers
Reviewed in the United States on January 7, 2019
Loved this book! Makes you smile every time you read one of his stories about how he 'tricked' a phone scammer to stay on the phone for a few minutes, wasting their time. Rob has turned his frustration with phone scammers into a funny, readable story with each new call.

Rob pulls these scammers along, getting them to believe he's cooperating. Then he might say something nonsensical. The scammer doesn't understand and tries to get back on script. Rob's not having any of it and gives them the total run-around, over and over again.

You can relate to this book since we've all gotten those annoying phone calls from CARD SERVICES or from some guy in India claiming it's Microsoft Windows security who is calling to check on the security of your Microsoft product. The moment Rob starts telling you his story, in a transcript format, you immediately remember your own conversation that you had with the scammer who called you and wish you were as creative as he was.

His book is a quick read and you'll smile to yourself as you read each word-for-word transcript of conversations he's had with these people to try to scam you out of your money. Would love if he recorded audio of these conversations and offered us the ability to hear his interaction between himself and the phone scammer.

"You want to play me Mr. Scammer? I don't think so. How about I play you for a while and waste YOUR time?" is the mindset behind Rob's very creative way to dealing with these people. I definitely recommend you get a copy for yourself. You'll finish it in one or two readings and smile the whole way through.
Read more
One person found this helpful
Helpful
Comment Report abuse

Steve Sipress
5.0 out of 5 stars An Out And Out Winner
Reviewed in the United States on October 16, 2019
I never answer calls from strange numbers or read emails that are obviously from spammers, but every reader of this book is tremendously better off because Rob does -- not just because he helps us to avoid becoming victims of various scams, but because he also causes us to laugh hysterically as he outwits and outlasts the would-be scammers in outrageously outlandish ways in this outstanding book that is outright hilarious!
Read more
Helpful
Comment Report abuse

Kimzonline
5.0 out of 5 stars What a fun & useful way to spend an afternoon
Reviewed in the United States on July 3, 2019
A very entertaining way to educate yourself on the current scams so you can avoid becoming one of the sad statistics of having fallen for them.

Buy one for each and every "less than tech savvy" person you love, especially Grandma, Grandpa.
Read more
One person found this helpful
Helpful
Comment Report abuse

Amazon Customer
5.0 out of 5 stars Very helpful book, but also really funny!
Reviewed in the United States on February 1, 2019
The author does a fantastic job detailing all of his experiences with the scammers and it is so entertaining. The tips he provides could be really helpful for the friends or relatives in your life who may be vulnerable. He goes above and beyond when dealing with each one and does it all in ways that are hilarious! Thanks for the fun and insightful read!
Read more
Helpful
Comment Report abuse

daphne l grim
5.0 out of 5 stars “For real” scams blown up by a master!
Reviewed in the United States on June 20, 2019
Loved the first hand knowledge that Rob used to create this informative read. While the book is very entertaining, it is also a teaching tool. I learned more about internet scams than I could have imagined! If you want an eye-opening look into scams, while enjoying some quick wit, this is the book to buy.
Read more
Helpful
Comment Report abuse
See all reviews