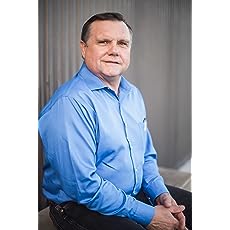 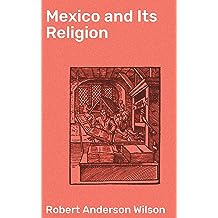 Mexico and Its Religion: With Incidents of Travel in That Country During Parts of the Years 1851-52-53-54, and Historical Notices of Events Connected With Places Visited Dec 10, 2019
by Robert Anderson Wilson
$0.99
"Mexico and Its Religion" by Robert Anderson Wilson. Published by Good Press. Good Press publishes a wide range of titles that encompasses every genre. From well-known classics & literary fiction and non-fiction to forgotten−or yet undiscovered gems−of world literature, we issue the books that need to be read. Each Good Press edition has been meticulously edited and formatted to boost readability for all e-readers and devices. Our goal is to produce eBooks that are user-friendly and accessible to everyone in a high-quality digital format.
Read more
Other Formats: Hardcover , Paperback 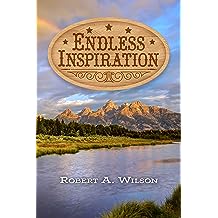 Endless Inspiration Jun 23, 2020
by Robert A. Wilson
( 1 )
$3.99
Endless inspirations in written in first person and minimal punctuation for the reader to expand their inner wisdom energizing their inner wise enterprising their innovative wit. To experience life by opening people eyes to dissolve their memory mind thinking opening their inpowered inspiration to expand out of thinking being stuck in old ways.
I wrote Endless Inspiration to show people the way I expanded energized and enterprized my life dissolving. My thinking memory mind to open people's eyes to their inner health wealth and love through inpowered inspirations.
Unlocking people will to understand and admire the awe-inspiring gifts of our emotions, feel and gut. To feel life's endeavoring powers understanding emotion is the passion for life and internal powers to expand of wisdom energize the wise of imagination enterprising dreams to accomplishment.
Endless Inspiration is liberating poetry with freeing rhymes to expand you out of your overthinking into feeling the wisdom within you rise and shine unwinding the over thinking to energizing the innovative wit to enterprising the visionary lore you encompass opens new wave of wisdom to flow allowing you to expand out of despair and to expand of whatever you desire to experience.
Endless inspiration is written to expand you out of trying to heal yesterday experience the life expanding event of the now.
Read more
Other Formats: Audible Audiobook , Paperback 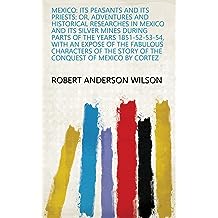 Mexico: Its Peasants and Its Priests: Or, Adventures and Historical Researches in Mexico and Its Silver Mines During Parts of the Years 1851-52-53-54, ... Story of the Conquest of Mexico by Cortez May 8, 2018
by Robert Anderson Wilson
$7.95
This is a reproduction of a classic text optimised for kindle devices. We have endeavoured to create this version as close to the original artefact as possible. Although occasionally there may be certain imperfections with these old texts, we believe they deserve to be made available for future generations to enjoy.
Read more
Other Formats: Hardcover , Paperback 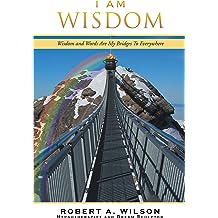 I Am Wisdom: Wisdom and Words Are My Bridges to Everywhere Dec 7, 2017
by Robert A. Wilson
( 1 )
$3.99
I Am Wisdom is about understanding how wisdom and words describe the images of peoples desired life. Wisdom and words open enterprising expressions to rise and shine from within, unleashing their prowess to expand through life with liberating, inspired foresight and to appreciate energizing, amazing, accomplished outcomes. I Am Wisdom turns on peoples lights of enlightenment that excite dreamers and entrepreneurs within to see that wisdom is wealth to experience things they dare to now and forevermore. I Am Wisdom shows people the way to write and speak to the images of their dreams. Understanding wisdom and words opens their gates of ingenious lore to explore life in a bold new way. Then it opens peoples eyes to their inner wisdom to dance with their dreams, appreciating lifes extravaganzas with glorious gusto.
Read more
Other Formats: Hardcover , Paperback 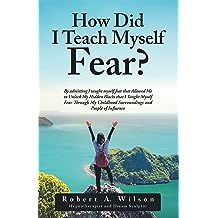 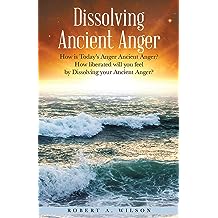 I am here to dissolve history, releasing my masculine illiteracy. I am liberated from everything. I admire the spree of me, and the light of liberation is my inspirational expression of personal expansiondissolving, releasing, and relieving me of all inner thievery.
Read more
Other Formats: Hardcover , Paperback 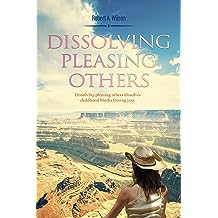 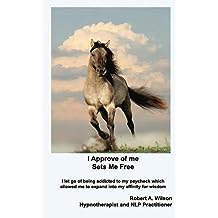 I Approve of Me. Sets Me Free: I let go of being addicted to my paycheck which allowed me to expand into my affinity for wisdom. Dec 6, 2013
by Robert Wilson , Amy Lignor
( 1 )
$0.99
I Approve of Me… Sets Me Free, is about understanding all the negative people and negativity in the world unlocks the visionary valor with in me to approve of me sets me free to live my sired desires. I write about my journey opened my heart to see I was addicted to my paycheck that kept inside a comfort zone that felt good to the conscious mind was very unsavory to my spiritual entrepreneur for sure. I unblock the guts to bare my heart and soul to write the ruthless truth about my hindrances unleashed galloping gutsiness to appreciate my valor to show the world a way to experience life by expanding out of hiding in riding the tides of prosperity with heart supremacy to liberate their avant-garde witem. The definition of witem means wisdom innovation talent energizes my mammoth money flow. Undoes a bold buzz within to show me wisdom innovation and trusting their talents walk them through their paths prosperity.
Read more
Other Formats: Paperback 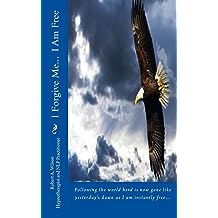 I Forgive Me... I Am Free: Following the world herd is now gone like yesterday's dawn as I am instantly free? Sep 29, 2013
by Robert Wilson , Amy Lignor
( 1 )
$0.99
I relish the emotional energy of “I forgive me I am free” authorizes me to skywrite my hallowed name in the worldly sky to show the world I encompass the valor to show me “I forgive me I am free.”

Now I ask this question. How luminary liberating do I feel as I say I forgive me I am free? Opens a new mode of looking at life to soar in my spiritual zeal to wow the world to relish I marvel in mystical magical miracles...

My heart visions unleashing my daredevil visionary to show my I am a free lancing avant-garde express my august augur stalwart autonomy to the world because I am free because I forgive me to be triumphantly terrific in every facet of my life now to eternity.
Read more
Other Formats: Paperback 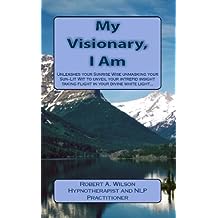 My Visionary, I Am May 22, 2013
by Robert Wilson , Amy Lignor
( 1 )
$0.99
My Visionary, I am is written in the first person for your highest outcome. From this perspective, everything is written as my words free your inner landscape. As I wrote this book, I feel my eyes, heart, and mind’s eye open feeling empathically free to see my dreams instantly appear in my daily escapade now! My Visionary, I Am unleashes my revered grandeur exposing my Taoist wow unfetters my undaunted savant to flaunt my dauntless determination setting free my rabble rousing resolve to emancipate my awe inspiring wit.

I ask myself, "How free will I feel when I unleash my rabble rousing resolve?"
Unravels my fathomless seer utilizing my enterprising listening freeing me from my subliminal prison to feel pure clear clarity as I show the world I am un-embarrassedly talented showcasing my preeminent prowess beaming my omniscient oracle to realize I am THEE key to my kingdom of planting my seeds wisdom to understand I am daring astute wealthy and nomadic as I harvest my seeds of wisdom now to eternity in a bold new way. I feel elated that my visionary I am is my key to my kingdom.

How will I utilize MY Visionary I Am? How will you?
Read more
Other Formats: Paperback 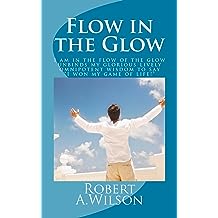 Flow in the Glow: I am in the flow of the glow unbinds my glorious lively omnipotent wisdom to say I won my game of life! Apr 1, 2013
by Robert Wilson , Amy Lignor
$0.99
How will it feel to flow in the glow of galvanized luminary omnipotent wisdom? Flow in the glow shows people the way to beam heart wisdom into the daily life with NLP and Time Line Coaching. How free do you feel when you say I flow in the glow? In the book Flow in the Glow through Hypnotherapy I uncovered words that have shining boldness expand peoples visions such as this I am in the flow of the go of my genius glow. With this magnificence, I unleash my galvanizing leadership which opens up my winning wisdom that lays beneath my skin to brazenly gleam my bold, lightning bolt ‘chutzpah’ that highlights my glittering star and lightens and brightens my omnipresent worldly revered honor. This is from inside the book with Reiki and Past Regression. Did you feel your eyes heart and mind’s eye open as you felt free in your visionary astuteness? Flow in the Glow opens your soul sapience to live your sired desires.
Read more
Other Formats: Paperback 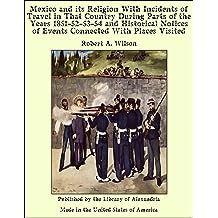 Mexico and Its Religion Dec 27, 2012
by Robert A. Wilson
$3.99
The custom of mingling together historical events with the incidents of travel, of amusement with instruction, is rather a Spanish than American practice; and in adopting it, I must crave the indulgence of those of my readers who read only for instruction, as well as of those who read only for amusement. The evidence that I have adduced to prove that the yellow fever is not an American, but an African disease, imported in slave-ships, and periodically renewed from those cargoes of human rottenness and putrefaction, I hope will be duly considered. The picture of inner convent life, and the inimitable gambling scene in the convent of San Francis, I have not dared to present on my own responsibility, nor even that of the old English black-letter edition of Friar Thomas, but I have reproduced it from the expurgated Spanish edition, which has passed the censors, and must therefore be considered official. I have presumed to follow the great Las Casas, who called all the historians of the Conquest of Mexico liars; and though his labored refutation of their fictions has disappeared, yet, fortunately, the natural evidences of their untruth still remain. Having before me the surveys and the levels of our own engineers, I have presumed to doubt that water ever ran up hill, that navigable canals were ever fed by “back water,” that pyramids (teocalli) could rest on a foundation of soft earth, that a canal twelve feet broad by twelve feet deep, mostly below the water level, was ever dug by Indians with their rude implements, that gardens ever floated in mud, or that brigantines ever sailed in a salt marsh, or even that 100,000 men ever entered the mud-built city of Mexico by a narrow causeway in the morning, and after fighting all day returned by the same path at night to their camp, or that so large a besieging army as 150,000 men could be supported in a salt-marsh valley, surrounded by high mountains
Read more
Other Formats: Hardcover , Paperback