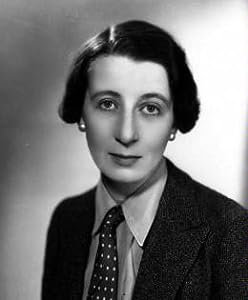 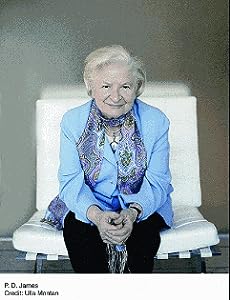 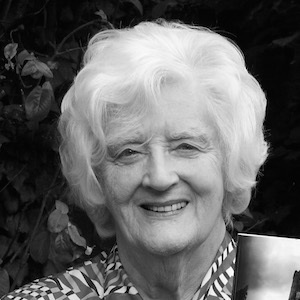 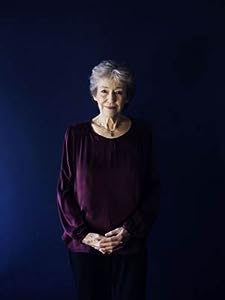 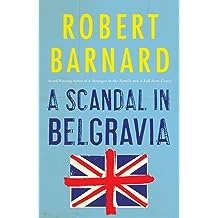 A Scandal in Belgravia Apr 9, 2013
by Robert Barnard
( 33 )
$11.99
Murder pays no respect to rank...or the neighborhood. And so it happened that young aristocrat Timothy Wycliffe was bludgeoned to death in his elegantly furnished flat in Belgravia by a person or persons unknown. Unknown, in fact, for thirty years. When the dead man’s friend Peter Proctor, once a young man on his way up in the diplomatic service, now a retired Member of Parliament, seeks an antidote to boredom by attempting to write his own memoirs they create more problems than he anticipated, and not just of the writer’s-block variety. Peter keeps getting sidetracked by speculations on Timothy’s death. The murder was allegedly accomplished by a beating from one of his boyfriends. But Peter can’t accept so simple a solution, so he begins to probe the past. In so doing, he opens a fascinating window on British society during the 1950s and its changing, and unchanging, mores since.
Read more
Other Formats: Audible Audiobook , Hardcover , Paperback , Mass Market Paperback , MP3 CD 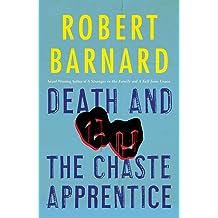 Death and the Chaste Apprentice Apr 2, 2013
by Robert Barnard
( 24 )
$11.99
At the Ketterick Arts Festival no one relishes the dubious art of innuendo more than Des Capper, a font of dubious gossip and unwanted advice. To the horror of the actors and singers performing at the Festival, Des has been promoted to landlord of the Saracen’s Head, the Elizabethan inn that is at the Festival’s heart. And when Des toddles off to meet his maker, courtesy of someone’s helpful shove, only his wretched wife can summon up a tear. Readers, meanwhile, will have trouble containing their snickers at the wickedly witty characterizations.
Read more
Other Formats: Hardcover , Paperback , Mass Market Paperback 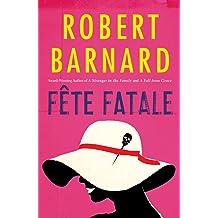 Fete Fatale Mar 21, 2013
by Robert Barnard
( 7 )
$11.99
The rigidly conservative town of Hexton-on-Weir, where twelve-year residents, such as veterinarian Marcus Kitteredge and his wife Helen, are still regarded as newcomers, sponsors a church fair which becomes the background for murder.
Read more
Other Formats: Hardcover , Paperback , Mass Market Paperback 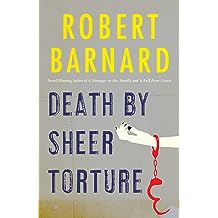 Death by Sheer Torture Jan 29, 2013
by Robert Barnard
( 12 )
$11.99
Inspector Perry Trethowan reads in the obituaries that his estranged father has died under peculiar circumstances: he was fooling around with a form of self-torture called strappado. At the request of his supervisor, Peter returns to his ancestral home to determine if any of his cousins or siblings might have helped the old man to his bizarre end.
Read more
Other Formats: Hardcover , Paperback , Mass Market Paperback , Board book 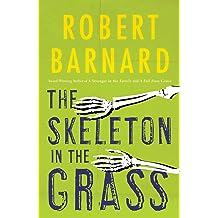 The Skeleton in the Grass Mar 21, 2013
by Robert Barnard
( 13 )
$11.99
Sara Causseley could not be more delighted by her new job as governess to the aristocratic Hallam clan. The children are adorable, the gardens are a dream, and the conversation stimulating. But ominous political clouds are gathering over Europe, and as England slips inexorably toward World War II, the Hallams’ political views make the family increasingly unpopular. No one, though, suspects the extent of the malice that is percolating in the surrounding countryside until a human skeleton, and then a human corpse, are found on the Hallam grounds, sending some kind of ugly message.
Read more
Other Formats: Hardcover , Paperback , Mass Market Paperback , Audio, Cassette 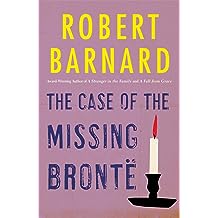 The Case of the Missing Bronte Jan 15, 2013
by Robert Barnard
( 9 )
$11.99
Scotland Yard Superintendent Perry Trethowan is enjoying a vacation evening at a cozy Yorkshire pub when an old woman shows him an original, unpublished Bronte manuscript. Trethowan agrees to engage in a little literary detective work, but he doesn’t realize that for a criminal the manuscript is motive for theft, torture—and murder.
Read more
Other Formats: Audible Audiobook , Hardcover , Paperback , Mass Market Paperback , Audio CD 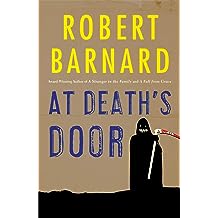 At Death's Door Apr 2, 2013
by Robert Barnard
( 4 )
$11.99
In Barnard’s smoothly skilled sixteenth mystery, Caroline and Roderick Cotterel live a quiet life in Sussex with their grown, learning-disabled daughter and Roderick’s senile, bedridden father Benedict, a once-famous and notorious novelist. But when Roderick’s half-sister Cordelia asks to visit and look through Benedict’s papers, things liven up. Their father’s illegitimate daughter, she is writing a biography of her mother, Dame Myra Mason, a renowned actress whose rancorous break-up with their father had been much publicized. The biography will be more in the line of an expose, Cordelia having been emotionally abused by her mother, and no one is surprised when Dame Myra herself shows up to put a stop to it. When she is murdered in the local pub that night a host of possible suspects, led of course by Cordelia, is revealed. After some admirable and intuitive sleuthing by Chief Inspector Meredith identifies the murderer and accomplice, a secret long harbored by Caroline and Roderick is also disclosed. Appealing and distasteful characters alike make this another highly entertaining diversion from Barnard.
Read more
Other Formats: Hardcover , Paperback , Mass Market Paperback 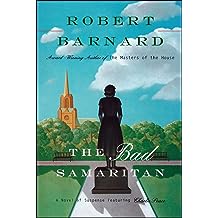 Bad Samaritan: A Novel of Suspense Featuring Charlie Peace Feb 19, 2013
by Robert Barnard
( 17 )
$12.99
When British policemen Charlie Pearce and Mike Oddie investigate the unsurprising murder of the village parish Lothario, they question Rosemary Sheffield, the vicar’s wife. Rosemary, who has recently “lost” her faith and been accused of immoral behavior with a Yugoslavian refugee, makes a perfect suspect. Another winning combination of plot, character, and wit from Barnard.
Read more
Other Formats: Hardcover , Paperback , Mass Market Paperback , Audio, Cassette 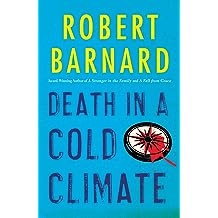 Death in a Cold Climate Jan 29, 2013
by Robert Barnard
( 5 )
$11.99
It was midday on December 21st in the city of Tromsø when the boy was last seen: a tall, blond boy swathed in anorak and scarf against the Arctic noon. After that he wasn’t seen again, not until three months later, when Professor Mackenzie’s dog started sniffing around in the snow and uncovered a human ear, attached to a naked corpse. Nobody knew who he was, or where he had come from. And after three months it was almost impossible to track down the identity of the corpse. But Inspector Fagermo refused to give up, and as he probed deeper into the Arctic city he began to discover a dangerous conspiracy of blackmail, espionage, and cold-blooded murder.
Read more
Other Formats: Hardcover , Paperback , Mass Market Paperback 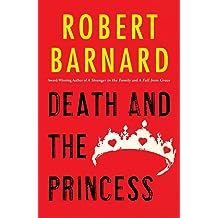 Death and the Princess Jan 22, 2013
by Robert Barnard
( 7 )
$11.99
Assigned as British Princess Helena’s personal bodyguard, Scotland Yard Detective Perry Trethowan struggles to defend his own virtue against the lascivious princess while tracking down the methodical killer who is murdering her numerous lovers.
Read more
Other Formats: Hardcover , Paperback , Mass Market Paperback 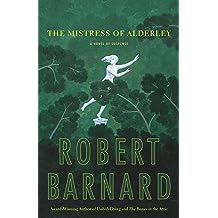 The Mistress of Alderley: A Novel of Suspense (Barnard, Robert) Mar 11, 2003
by Robert Barnard
( 11 )
$16.99
Robert Barnard, one of the great contemporary masters of classic mystery, returns with a brilliant new tale of passion and deception.
Well-known actress Caroline Fawley has given up a successful stage and television career for love and life in the country. International business titan Marius Fleetwood can't marry her. He already has a wife, though he claims they are "just friends." But Marius has done something very special for Caroline: he has "bought" her Alderley, an elegant country home. If he should die, he's arranged to leave her enough money to maintain the extensive house and gardens.
Of course, some inquisitive villagers would be happier if Caroline and Marius were respectably wed. People in small towns know all, and they will talk, especially about a glamorous actress. Caroline's adolescent children, Stella and Alexander, seem to accept Marius's weekend visits without distress. And older daughter Olivia, an opera singer on the rise, is too involved in her own career and romantic intrigues to express much interest in her mother's personal life.
Caroline is happy and the world is good. Until one day when Caroline's life begins to fall apart. First, a mysterious young man backpacking his way through the countryside arrives at the door. He says his name is Peter Bagshaw, but Caroline sees instantly that he must be related to Marius; perhaps he's even his son.
What else has Marius hidden from Caroline? Who is this man, Marius Fleetwood? Is everything about him a lie?
When a murder occurs, detectives Mike Oddie and Charlie Peace must probe the lives of numerous suspects who had good reason to kill. As always in a Barnard mystery, the fun is in the details, the characters, the twists. With big houses, wealth, opera, and obsessive devotion as some of his ingredients, Robert Barnard gives us a witty, richly nuanced novel worthy of the crime-writing star that he is.
Read more
Other Formats: Hardcover , Paperback 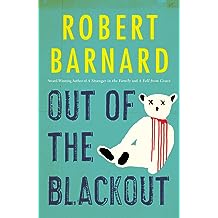 Out of the Blackout Mar 21, 2013
by Robert Barnard
( 36 )
$11.99
With the Nazis bombing London on a nightly basis, many families sent their children to the comparative safety of the countryside. When the Blitz ended, the families came for their kids, but no one ever came for Simon Thorn. His name appears on no evacuation list, and none of his belongings offer any clues to his origins. Now an adult, Simon is puzzled by an odd sense of familiarity when he walks down certain London streets. He remembers years of screaming nightmares that would terrify his bewildered foster parents. And he resolves to find out where he originally came from, even as everything he uncovers suggests that, really, he doesn’t want to know.
Read more
Other Formats: Hardcover , Paperback , Mass Market Paperback