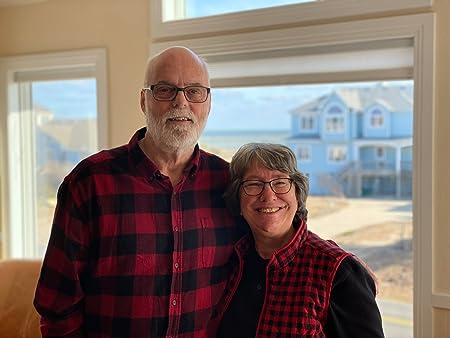 I've served as a missionary in Asia, Europe and around the world. I write stories for my children and grandchildren. I've also released some old poetry, music and stories which make me laugh and hopefully will bring joy to others. No great novels, just simple books for everyday reading. You can learn more about me by reading my Missionary Memories and more of my faith reading Alphabet Theology and 31 Days of Rambling.

I have no desire to get on another airplane. After many trips, many miles and a few times around the world I've had enough airtime. So I've decided if I can can't drive there . . . . I don't want to go there. 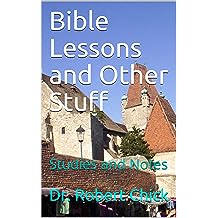 Bible Lessons and Other Stuff: Studies and Notes Jul 27, 2020
by Dr. Robert Chick
$3.99
This is a collection of study notes and lessons I’ve presented in numerous churches around the world. Some are little more than outlines to help in teaching on a particular subject. Some of the material is from sermons preached. I hope the notes can be useful for those wishing to draw closer to God in the daily Christian walk. On the other hand, some may be useful to the bible study or Sunday school teacher to clarify and organize their thoughts on a particular subject.
Read more
Other Formats: Paperback 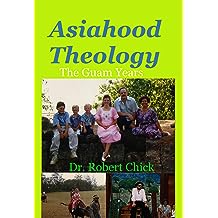 Asiahood Theology: The Guam Years May 11, 2020
by Robert Chick
$4.99
This project started in an effort to combat burn out. It was many years into our ministry and I was about to quit to go live under a bridge as a hermit. Then I started to think of how God worked in and through my life. I remembered the good times. I remembered the bad times. I remembered God was always there in every up and down I faced. I started remembering and chronicling my journey with God into ministry. I intended for these little stories to encourage me by seeing how God was always at work. It worked. God worked. It’s been a long time since I started this project and my wonderful wife, Beth, convinced me it might encourage other believers.I started sharing these in blogs and social media posts. I received quite a few encouraging responses and was honored when others requested my permission to use different stories in their own devotions and teaching situations.
Read more
Other Formats: Paperback 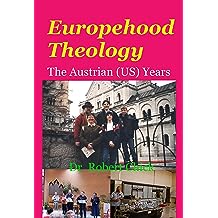 Europehood Theology: The Austrian (US) Years May 11, 2020
by Dr. Robert Chick
$3.99
It began in High School when I discovered and responded to God’s grace and the offer of salvation through His Son. Then I felt the Lord wanted me to go into pastoral ministry. It turns out I was wrongI felt called into the pastoral ministry while sitting in an airport returning home from my best friend’s wedding. It wasn’t something I’d considered, nor something I desired. I went back to college and worked as a radio engineer while studying for degrees in Bible and Theology. Why I didn’t see missions coming still amazes me. But that’s where it began.I was resistant to the idea of missions and did my best to ignore the call for a long time. But, God in all His wisdom, knew what was best and when I finally acceded to His plan things began to fall into place.And so world travel, ministry in different languages and countries, consumed my life and became my all encompassing passion. For this I’m thankful. Without this I wouldn’t be the person God wanted.I hope you enjoy these vignettes of God working in my life so that you too might look back and see where God worked in your life.
Read more
Other Formats: Paperback 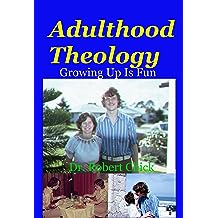 Adulthood Theology: Growing Up Is Fun May 10, 2020
by Dr. Robert Chick
$3.99
After writing Alphabet Theology, then Boyhood Theology, then Teenage Theology, I thought it was time to talk about Adulthood Theology. This is more the story of becoming an adult, getting married, starting a family and heading off to our life’s ministry in missions. This is not a marriage manual. There are plenty of those in the wild to give you whatever answer you're seeking. This is our story of how God worked in our lives to bring us together and what He taught us in each little vignette about following Him and being faithful.Perhaps you will see some of these fun events in your life and can identify with how God was working in our lives. I hope it encourages you in your walk with your loved one and with God.
Read more
Other Formats: Paperback 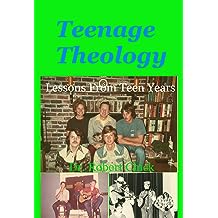 Teenage Theology: Lessons from Teen Years Apr 8, 2020
by Dr. Robert Chick
$3.99
This book is a collection of remembered events during my teenage years and how God can use even those simple scenarios to teach and train. There are things I learned in the midst of the story and things I’ve only learned by looking back and saying to myself, Ah Ha. I enjoy looking back and sharing these adventures and stories and hope you enjoy them as well. I hope you can identify in some way with what happens during the turbulent teen years and see how God was at work in your life then and now.
Read more 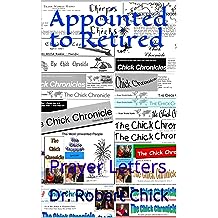 Appointed to Retired: Prayer Letters Mar 9, 2020
by Dr. Robert Chick, Elizabeth Chick
$4.99
As the title states. This is just a collection from our appointment letter, all the intervening prayer letters (minus a couple lost letters) to our retirement announcement. It’s been a fascinating, exciting and roller coaster ride in the midst of God working through our lives. Not much else needs to be said as the letters explain themselves.Be encouraged. God can use you in a mighty way as he has our family.
Read more 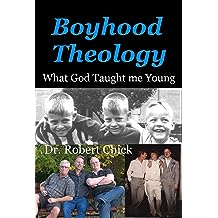 Boyhood Theology: What God Taught Me Young Feb 28, 2020
by Robert Chick
$3.99
I spent my first years in a nice house in Atlanta, Georgia. With two older brothers there were plenty of things going on around our house. These were adventures. These were fun. These were things which God used to teach me about life. I might not have known it then but looking back I can see God’s hand in each adventure and misadventure. These are some of those adventures and memories. I pray God can use these to spark a bit of laughter, a lot of memories of your youth, and help you walk close to Him each day. Enjoy.
Read more 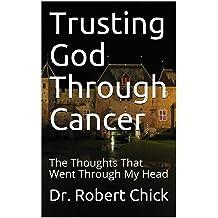 Trusting God Through Cancer: The Thoughts That Went Through My Head Jan 17, 2020
by Dr. Robert Chick
$3.99
I’m just another cancer patient who is learning how to deal with the impact of this illness in day to day life. I have an end-of-life version of the disease. It is unique and rare. It’s so rare there are no clinical trials, no new test drugs. My treatments are based on treatments with similar characteristics. In a 2019 report I am one in every two million cancer cases. My only hope is a miracle cure at the hands of God.
Read more 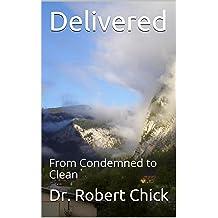 Delivered: From Condemned to Clean Jan 14, 2020
by Dr. Robert Chick
$3.99
We are condemned to live in a fallen world. It is because of our disobedience at the beginning of the world that the world is fallen. But we have a way to be cleansed and made right with God. We have a savior who died for us to cleanse us even while we’re still living in a fallen world.As a believer our walk with God in this fallen world is important. Our walk with God not only impacts our lives, a good thing, but it also impacts our relationship with others. Relationships are the key when it comes to God. Hopefully these short messages can help you walk closer to God and thus closer to those around you.
Read more 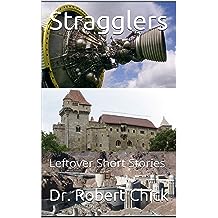 Stragglers: Leftover Short Stories Jan 10, 2020
by Dr. Robert Chick
$3.99
These stories are left over from other items in my past. It started with my High School creative writing class. It was there I was required to write a few short stories. OK, three stories included here. It was fun and I passed the class. Thankfully I have advanced since those long gone years but I still enjoy these old stories and hope my children and grandchildren can enjoy them as well.
Read more
Other Formats: Paperback 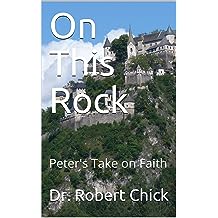 On This Rock: Peter's Take on Faith Nov 13, 2019
by Dr. Robert Chick
$3.99
I’ve always had a love for Peter and all his foibles. Try as he might, with all his skill and desire he seemed adept at putting his foot in his mouth and learning the hard way what it means to be faithful. I can identify with those characteristics. Many people can identify with Peter. This foray into the heart of Peter in His epistles gives a unique understanding of our relationship with God.
Read more 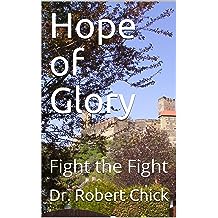 Hope of Glory: Fight the Fight Nov 2, 2019
by Dr. Robert Chick
$3.99
I want to share what God has done in my life that you may see what he can do in your life. As I write this I’m sitting in a hospital receiving yet another IV. The Lord is calling me home and allowing a rare cancer to be His instrument. I’m looking forward to seeing Him face to face and exploring the wonders of the heaven. I pray you may look forward to meeting my savior and these words may encourage your daily walk as you fight the fight, get to know Him better, and live in the hope of glory.
Read more