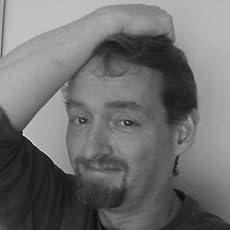 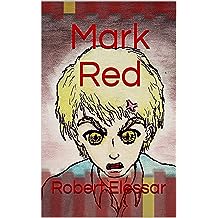 Mark Reed is an ordinary teenage boy. When he sees a woman being attacked, he rushes to help her, only to be stabbed by her assailant. But the woman he sought to aid was a vampire, and as he lies, bleeding to death in an alley, he sees her deal easily with her attacker. Then, unwilling to let him die because of the heroism of his actions, she saves his life...the only way she can.

The next day, Mark awakens to find that he has been changed in ways he could not have believed, potentially forever. Now he must hide his new nature from his family and friends, learning about his powers and the dangers they entail, and looking for a cure for his new condition. All the while he must guard against his nearly irresistible blood-lust, for if he should kill a human by draining their blood, he will become a full vampire.

And a full vampire can never be cured, even by death.
Read more
Other Formats: Paperback 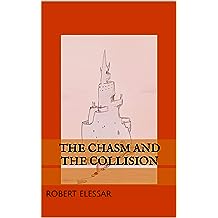 The Chasm and the Collision Aug 7, 2017
by Robert Elessar
$2.99
Middle-school students Alex, Meghan, and Simon discover a cluster of delightfully fragrant, irresistibly delicious berries in the fruit bowl in Alex’s house. Assuming the berries to have been bought by Alex’s mother, they eat them all. But this fruit is like nothing ever grown on Earth.

That night, the friends share a dream about an impossible city-mountain floating at the edge of a horizon-spanning cliff with no other side, just an endless rusty sky. Over the next few days, they begin to see and hear strange people and bizarre creatures that no one else seems to notice. Eventually, they are abducted to the world of their dream, where the sky is always sunset, where feathered reptiles work alongside humans, where mole-weasel creatures dig caverns by manipulating space itself, and where the miraculous plants can think and communicate telepathically with gifted individuals called Gardeners. There they learn of an impending catastrophe of horrifying proportions: The collision of that universe with ours, a cataclysm that would destroy everything in both!

They also learn that there are people—and an Other—that want the collision to happen, in order to fulfill a terrible prophecy. Now Alex, Meghan, and Simon must do what they can, with new abilities they have gained by eating the berries, to escape from those who serve that prophecy, and eventually to help save both universes…all while trying not to get in trouble for being late to school. 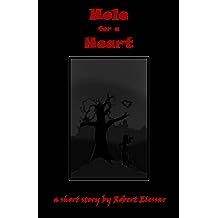 Hole for a Heart: A short story Feb 24, 2018
by Robert Elessar
$0.99
While driving through central Pennsylvania on a road trip from New Jersey to Chicago, Jonathan Lama spies a peculiar pairing on top of an approaching hill: A huge pecan tree, next to which lurks an out-of-place scarecrow. Intrigued, and craving a break in his long drive, he pulls off the highway and goes into the nearby gas station.

There, he hears the story of a man named Joshua Caesar, a person of possibly supernatural evil, who terrorized the region almost seventy years before, and was finally brought to rough justice by his neighbors in retaliation for his crimes. Local legend holds that the figure of the scarecrow is Joshua Caesar’s body—not changing, not decaying, staked out next to the highway for nearly seventy years.

Jon is entertained but of course does not believe the tale. Then his car suddenly refuses to start, and while he waits for a tow-truck to arrive, stranger things begin to happen…things which lead him to doubt his sanity, and to wonder if, just maybe, the legends of Joshua Caesar’s unchanging scarecrow corpse are actually real. 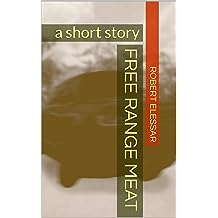 Free Range Meat: a short story Jul 30, 2019
by Robert Elessar
$0.99
Would you try to help a dog locked inside a car on a hot, sunny day?
Brian certainly would. As an environmentally conscious “near-vegan,” he loves all the creatures of the world—even humans, most of the time—and he does his best to help them whenever he can. So, when he hears the obvious sound of a dog trapped in a black SUV on the hottest day of the year, he commits himself to helping it get out if its owner doesn’t arrive within a few minutes.
But isn’t that an unusually dark SUV? Even the windows are so tinted that Brian can’t see inside.
And don’t those barks and whimpers sound just a little…off? What breed of dog makes sounds like that?
These are troubling questions, and as Brian will learn, sometimes even the noblest of intentions can lead one to places one might do better to avoid.
Read more 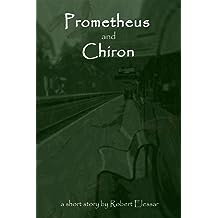 Prometheus and Chiron: a short story Jan 22, 2018
by Robert Elessar
$0.99
Tommy—a former Marine, a part-time construction worker, dependent on opiates for the treatment of chronic pain—is waiting for the train home one evening, when he sees a strange, shivering, ill-appearing woman seated on a bench across the track from him. Her presence fills him with dread and revulsion, for no reason he can understand. Even after a month passes, she remains, seated in the same place, always visibly suffering. No one else at the station ever seems to see her at all. But Tommy sees her, and even dreams about her.

And she sees him. 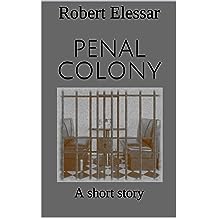 Penal Colony: A short story Jan 29, 2019
by Robert Elessar
( 1 )
$0.99
While heading for his car after a night out celebrating the closing of a big deal at work, Paul Taylor meets a strange, despondent man, poorly dressed for the cold, who seems horribly depressed by some personal setback. Still slightly drunk on both alcohol and success, Paul invites the man for a cup of coffee and some food at a nearby all-night diner.

There, this peculiar man tells Paul of a conspiracy begun by the creators of various social and virtual media companies…and of technology that allowed these conspirators to control the minds of the people of the world for their own personal enrichment. He tells of the overthrow of that conspiracy by a group of which he had been part…a group which had then turned on and “exiled” him.

Though the man’s story is engaging, and the man himself is personally convincing, Paul is forced to admit that he has heard of no such conspiracy or overthrow.

The man finally explains to Paul why he hasn’t heard of it. It’s an answer that Paul cannot believe…

…until the man proves it. 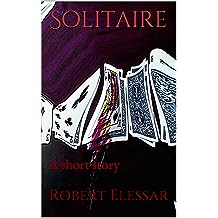 Solitaire: A short story Dec 10, 2018
by Robert Elessar
$0.99
It’s the early nineteen-nineties, and Jerry, a successful advertising executive, is having a breakdown. He’s done too much shading of the truth, and he's watched too much Headline News, and now he can no longer make sense of the world. Now, sitting at the breakfast table, he contemplates the possible future for himself and his family while dealing out a hand of solitaire…
Read more 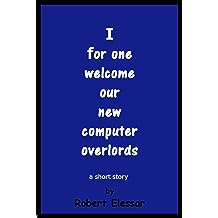 I for one welcome our new computer overlords: a short story Dec 26, 2017
by Robert Elessar
$0.99
Peter Lunsford, a lonely, book-loving, self-educated and self-destructive salesman, has an abrupt and radical change of fortune. His subsequent actions lead a genius named Darrell White, enabled and inspired by Peter’s choices, to create the world’s first artificial intelligence. Unfortunately, this happens at a time when humanity has devastated itself with global war, and is unprepared to accept the existence of these new and superior minds. These facts will combine to create a future that Peter would not have had the courage to expect, and the implications of which are impossible to foresee.
Read more 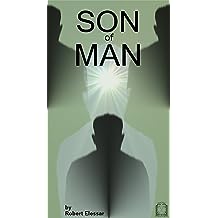 While on his way to the library to study, college student David abruptly finds himself in a featureless, cylindrical room. There he meets two men named Anderson and Greer who tell him that he is now more than two hundred years in the future.

Anderson and Greer reveal that they have brought David to their present for a reason: The world they live in is controlled by a powerful entity known to all as the Father...and they want David to help set them free from his reign.

As for why they have chosen David for this purpose...that is the most unbelievable, and the most terrible, revelation of all.
Read more 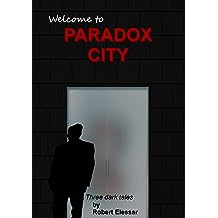 One man enters a room that should not exist and discovers a mysterious book containing secrets of dreadful power.

Another man discovers in himself an ability that will reveal mysteries of life...and death.

A third man enters a popular nightclub, where seemingly impossible events are commonplace, and where his life is changed...forever.