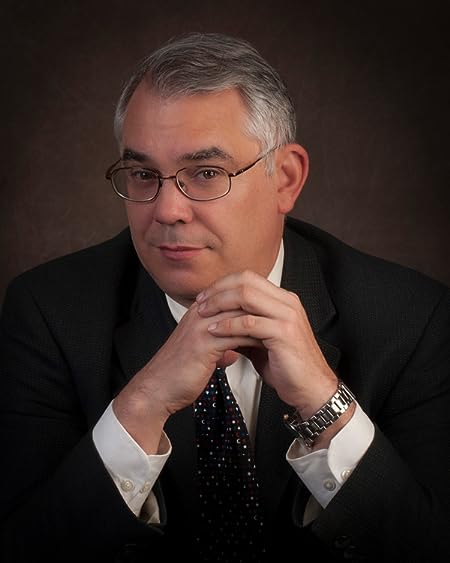 About Robert I. Girardi

Robert I. Girardi has had a life long fascination with the Civil War. He has studied the war from all sides, and has tramped over many of the battlefields and related historic sites. He has collected artifacts and memorabilia and has read through thousands of documents and letters written by the war's participants. Robert is an author and historian and is a popular speaker and consultant on the American Civil War to audiences of all ages. He has addressed historical societies, libraries, and Civil War groups all over the United States. He is a well known authority on the subject in the Chicago area, where he has been interviewed on radio,television and in The Chicago Tribune.

Robert earned his M.A. in Public History at Loyola University of Chicago in 1991. He is a past president of the Civil War Round Table of Chicago and he belongs to three other Civil War round tables in the Chicago area. He is a fellow of the Company of Military Historians and is an associate member of the Sons of Union Veterans. He is on the Board of Directors of the Camp Douglas Restoration Society and the Illinois State Historical Society. He is also on the editorial review board of the Journal of the Illinois State Historical Society, for which he edited 2011-2014 Sesquicentennial of the Civil War Issues. He has consulted for the Chicago Historical Society on its Civil War exhibits, and lectured at its teachers and docents seminars. He is the 2010 recipient of the Chicago Civil War Round Table's Nevins-Freeman Award for scholarship and service. In 2013 he was awarded a research grant by the Friends of Andersonville, for his work on the experience and memory of Illinois soldiers at Andersonville prison. In 2014 he was awarded the Milwaukee Civil War Round Table's Iron Brigade Association for Civil War scholarship.

Robert I. Girardi has authored or edited ten books:

The Civil War Generals: Comrades, Peers, Rivals, in Their Own Words, Zenith Press (2013)

Gettysburg in Art and Artifacts (2010)

Captain H.W. Chester: Recollections of the War of the Rebellion. (1996)

Robert has also written a number of book reviews for the Washington Independent Review of Books.

Robert I. Girardi lives and works in Chicago where he is employed as a homicide detective by the Chicago Police Department. 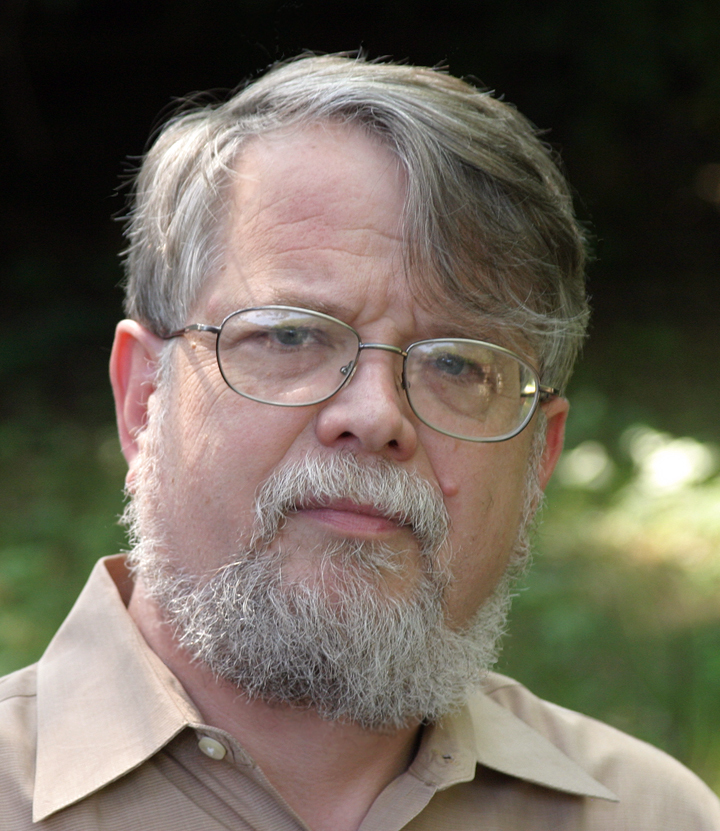 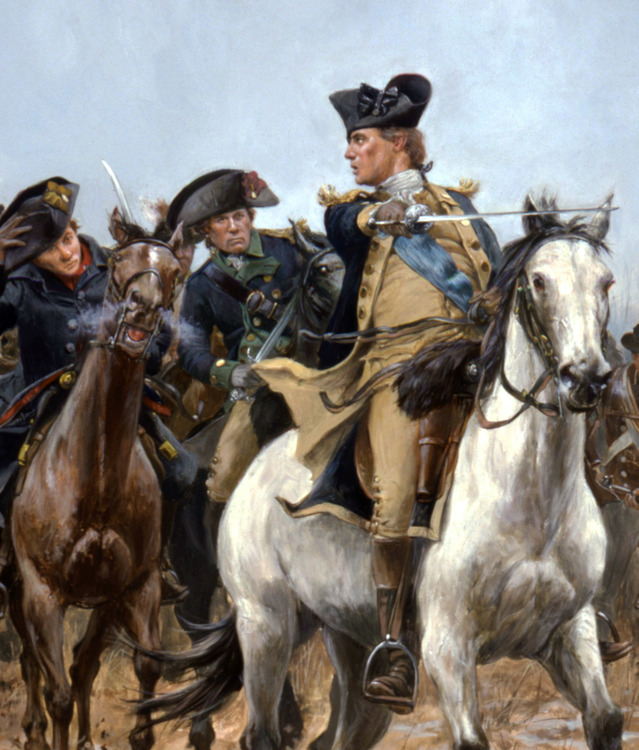 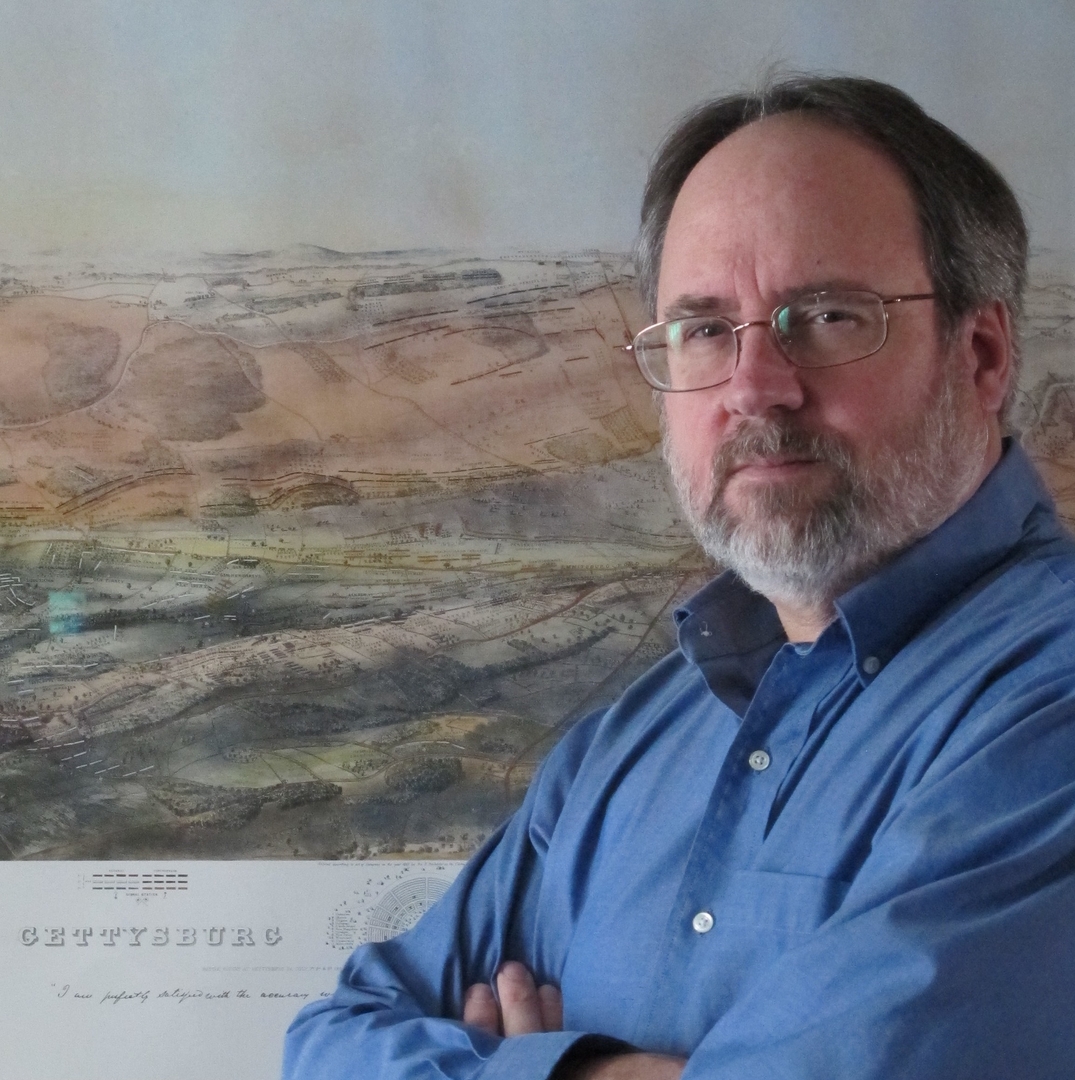 Titles By Robert I. Girardi 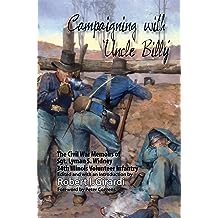 Campaigning with Uncle Billy is the memoir of the service of Sgt. Lyman S. Widney of Illinois who served throughout the Civil War with the 34th Illinois Infantry. Widney's account of his wartime service is based on the diary he kept during the conflict. As a regimental clerk, he was in a position to meet many prominent people and to know the plans and thinking of the command staff. Widney's narrative is personal, highly detailed, vividly descriptive and accurate. He writes with emotion and humor. He details the life of the volunteer soldiers as they enlist, adapt to military life and learn the trade of
soldiering. His descriptions of the horrors of the battlefield, its grisly aftermath and the toll that sickness exacted on the rank and file is highly personal. Through Widney's eyes we explore the countryside, tour Mammoth Cave, learn firsthand about combat and sickness and endure life in the trenches in the relentless fighting of the Atlanta Campaign and the grueling March to the Sea and through the Carolinas. Widney's memoir is a worthy addition to the literature of the Civil War from the point of view of the common soldier. 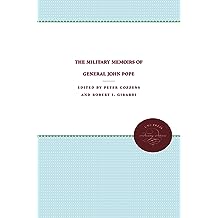 The Military Memoirs of General John Pope (Civil War America) Nov 9, 2000
by Peter Cozzens, John Y. Simon, Robert I. Girardi
( 7 )
$29.99
Union general John Pope was among the most controversial and
misunderstood figures to hold major command during the Civil War.
Before being called east in June 1862 to lead the Army of Virginia against General Robert E. Lee, he compiled an enviable record in Missouri and as commander of the Army of the Mississippi. After his ignominious defeat at the Second Battle of Bull Run, he was sent to the frontier. Over the next twenty-four years Pope held important department commands on the western plains and was recognized as one of the army's leading authorities on Indian affairs, but he never again commanded troops in battle.
In 1886, Pope was engaged by the National Tribune, a
weekly newspaper published in Washington, D.C., to write a series
of articles on his wartime experiences. Over the next five years, in twenty-nine installments, he wrote about the war as he had lived it. Collected here for the first time, Pope's "war reminiscences" join a select roster of memoirs written by Civil War army commanders.
Pope presents a detailed review of the campaigns in which he
participated and offers vivid character sketches of such illustrious figures as Abraham Lincoln and Secretary of War Edwin M. Stanton. Clearly written and balanced in tone, his memoirs are a dramatic and important addition to the literature on the Civil War. 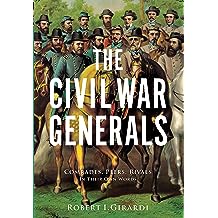 The Civil War Generals: Comrades, Peers, Rivals?In Their Own Words Nov 15, 2013
by Robert Girardi
( 32 )
$28.00
The Civil War Generals offers an unvarnished and largely unknown window into what military generals wrote and said about each other during the Civil War era. Drawing on more than 170 sources—including the letters, diaries, and memoirs of the general officers of the Union and Confederate armies, as well as their staff officers and other prominent figures—Civil War historian Robert Girardi has compiled a valuable record of who these generals were and how they were perceived by their peers. The quotations within paint revealing pictures of the private subjects at hand and, just as often, the people writing about them—a fascinating look at the many diverse personalities of Civil War leadership. More than just a collection of quotations, The Civil War Generals is also a valuable research tool, moving beyond the best-known figures to provide contemporary character descriptions of more than 400 Civil War generals. The quotes range in nature from praise to indictment, and differing opinions of each individual give a balanced view, making the book both entertaining and informative. A truly one-of-a-kind compilation illustrated with approximately 100 historical photographs, The Civil War Generals will find a home not only with the casual reader and history buff, but also with the serious historian and researcher. 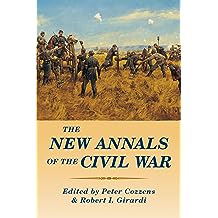 The New Annals of the Civil War Feb 1, 2004
by Robert I. Girardi, Peter Cozzens
( 5 )
$47.45
Selecting from nearly 700 articles that first appeared in the Philadelphia Weekly Times from 1877 to 1889, editors Peter Cozzens and Robert Girardi have complied the very best articles and illustrations. Corrections of misconceptions about the Civil War and compelling perspectives on familiar campaigns, personalities, and controversies.
Read more
Other Formats: Hardcover