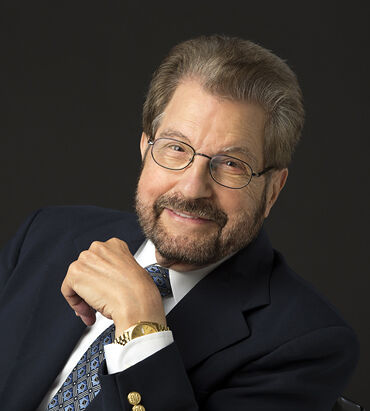 Robert Magarian, B.A. BsPh, Ph.D., is an emeritus professor of pharmacy and medicinal chemistry. Since his retirement, he has been writing medical and crime fiction and has created several fictional characters in those areas. The two most endearing characters are Detective Lieutenant Noah McGraw and Detective Sergeant Holly Roark of the Atlanta PD. Readers have asked if these characters will appear in the next novel. McGraw and Roark are contemplating marriage and said they need some time, but I told them they had to make up their mind soon or I may have to separate them. Magarian is the author of four thriller novels: &quot;The Watchman,&quot; &quot;72 Hours,&quot; &quot;You’ll Never See Me Again: A Crime to Remember,&quot; and &quot;The Tongue Collector.&quot; In addition to his fiction, Magarian is the author of two nonfiction essays, &quot;Follow Your Dream&quot; and &quot;A Journey into Faith.&quot; He lives with his wife Charmaine in Norman, Oklahoma. You can connect with him on Facebook: www.facebook.com/AuthorRAM; Twitter: @AuthorRAM; Email: author@robertamagarian.com; and Linkedin.com. 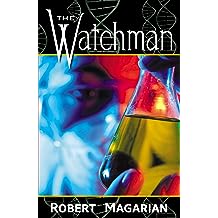 The Watchman Jun 9, 2016
by Robert Magarian
( 1 )
$2.99
Molecular biologist Matt Brenner stumbles upon a horrifying plot when he seeks answers regarding the suspicious death of his childhood friend, Jack Sinclair, a scientist in a secret Army Biodefense Research Center in St. Louis. Matt joins the facility as one of their research scientists and makes a shocking discovery: the psychopathic commanding general has unleashed neurotoxins inside and outside the facility, causing several ghastly deaths.

Realizing he’s in over his head, Matt joins forces with the FBI and his ex-lover, Major Joan Wu. Matt and Joan learn that the general has developed a biochip containing a flesh-eating virus that can be released from a computer. The general’s plan? To destroy an al-Qaeda terrorist cell in Newark—no matter the cost in “collateral damage.” Can Matt and Joan avert a tragedy, or will thousands of innocent people die? 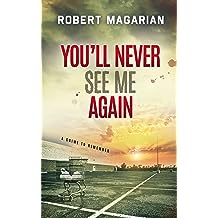 You'll Never See Me Again: A Crime to Remember Mar 20, 2016
by Robert Magarian
( 27 )
$2.99
Six weeks after Eva Bingham marries into Atlanta's famous banking family, the Hamiltons, she vanishes after leaving work at Citizens Bank. She doesn't show up to work the next morning, yet her car mysteriously appears in its parking spot at noon with items of women's underwear neatly folded on the front seat and smears of Eva's blood on the steering wheel. Has Eva been kidnapped, maybe even murdered?

Cowboy detective Noah McGraw and his partner Holly Roark of the Atlanta Police Department's Homicide division are assigned to the high-profile "Vanishing Bride" case. They find evidence that Eva is alive in North Carolina based on gas receipts signed by her early the next morning in Charlotte and later that afternoon in Raleigh. Did she fake her abduction?

When the young blonde who replaces Eva at the bank is found charred in the trunk of a burned-out car, the case takes a bizarre twist. Do the answers lie in Eva's past, or could her disappearance be linked to two dirty Atlanta cops?

In pursuit of the answers, Noah and Holly are put to the test by a suspect who is not only cunning, but capable of great carnage. Will they put the pieces together before it's too late?
Read more
Other Formats: Paperback 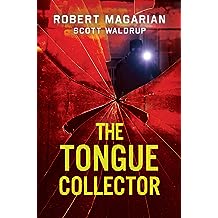 He stalks the streets of Atlanta, a serial murderer who strikes the most vulnerable and takes sickening souvenirs—all without leaving a trace. Who is he? And can he be stopped before he kills his next victim?

Still recuperating from a gunshot earned during his last brush with evil, cowboy Detective Lieutenant Noah McGraw has no idea he’ll be faced with his greatest challenge yet—or that his relationship with his partner, Detective Sergeant Holly Roark, will be put to the test. Their budding feelings are intensifying, possibly building to marriage, but will their love prove to be a dangerous distraction out in the field?

The officers of Atlanta PD’s Homicide Division have seen their share of clever killers, but this particular predator is on a whole new level. When Noah and Holly are put on the case, they immediately hit a dead end—at scene after scene, the killer has struck without leaving a shred of evidence behind, somehow defying the laws of forensic science. Three elderly women are dead, their tongues cut out. What does The Tongue Collector want with these trophies? And when will he strike again?

Sooner or later, Noah knows, the killer will slip up. They always do. Will Noah and Holly uncover the truth before it’s too late, or will they find themselves in the crosshairs of a cunning psychopath yet again?
Read more
Other Formats: Paperback 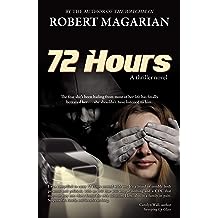 72 Hours: A thriller novel Jun 9, 2016
by Robert Magarian
( 3 )
$2.99
CDC scientist Dr. Susan Prescott is on a mission to find the holy grail of cancer cures and believes she’s discovered it in the work of Vladimir Sokolov, a Russian geneticist whose lab was closed during the fall of the Soviet Union.

Atlanta Police Department Homicide Detective Nick Hunter is assigned the case. Working closely with Prescott, Hunter soon finds himself enmeshed in a romantic relationship with the beautiful doctor. The investigation takes a sudden turn when Hunter is called out to investigate a mutilated corpse—it’s a female lab tech who worked with Prescott, and she wasn’t killed by ordinary means. An unknown and deadly microbe has destroyed her brain and lungs.

When Prescott reviews her deceased research associate’s experimental data on Sokolov’s microbe, she discovers a horrific secret: the microbe mutates into a killer. Even worse, Hunter learns that Sokolov’s psychopathic sidekick has infected dozens of U.S. Senators with the microbe. While Hunter tracks the terrorist, Prescott races to develop an antidote. She has 72 hours before the senators’ brains and lungs turn to mush. Will she be able to save them? 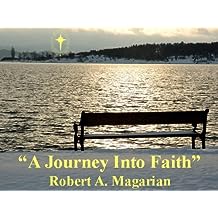 A Journey Into Faith Feb 10, 2012
by Robert Magarian
$0.99
Once in every life there comes a time, alone with our thoughts, we wonder why, but then we see, there’s more than me, and then we believe. Like an innocent child—heart of gold—we’re born with the spirit, the spirit of love, but somewhere along the path of life we drift away, and “I” becomes more important than “He.” This is a message for those who have reached the point in their lives where they are asking: “Is this all there is?” Not truly happy? Looking for a way to calm this restlessness and to fill that void in your life? Then “A Journey Into Faith” is for you. 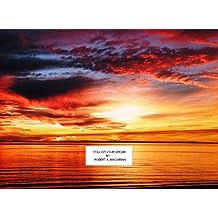 Follow Your Dream Oct 16, 2011
by Robert Magarian
( 2 )
$0.99
Have you ever given up on a dream? Perhaps you allowed someone to take it from you---a friend, family member, teacher, or coach. I hope not. You must never, never, ever give up on your dream! Never!
Read more to see how the author nearly gave up on a very important dream.
Read more