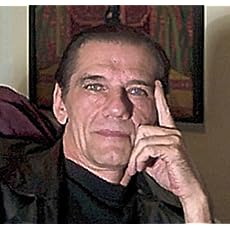 Robert Marquiss is an accomplished draftsman, artist, musician, graphic artist, animator, producer, screenwriter and writer who brings creativity and unique viewpoints to all of these fields. He has awards in many -- if not most -- of them. See details at http://www.apex101.net/GiftArt/rmresume.htm and http://www.robertmarquiss.work.
Read more 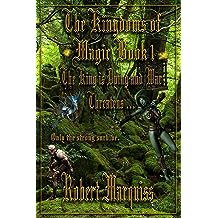 The Kingdoms of Magic Book 1: The King is dying and war threatens . . . . Oct 19, 2015
by Robert Marquiss , John Suchy
( 2 )
$0.00
On a planet called Utopia, an aging wizard
named Loden created an island he called Nor
for the safe keeping of various entities that he
cherished. They were all magical in different
ways and were forbidden in other worlds. The
King that he left to rule these kingdoms is
dying. In secret, another wizard created a
realm for entities he liked. They came to be
called the Underworlders. When word got
around that Loden’s King was dying, the
Underworlders saw the opportunity to take
over the Kingdoms for themselves. . . .
Read more
Other Formats: Paperback 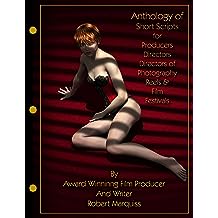 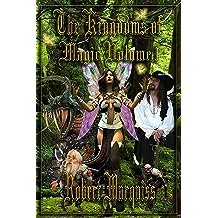 The Kingdoms of Magic Volume 1 Mar 19, 2019
by Robert Marquiss
( 1 )
$4.95
Finally! A Fairy Tale that captivates all audiences! On a planet called Utopia, an aging wizard named Loden created an island he called Nor for the safe keeping of various entities that he cherished. They were all magical in different ways and were forbidden in other worlds. The King that he left to rule these kingdoms is dying. In secret, another wizard created a realm for entities he liked. They came to be called the Underworlders. When word got around that Loden's King was dying, the Underworlders saw the opportunity to take over the Kingdoms for themselves. . . .
Read more
Other Formats: Kindle , Paperback 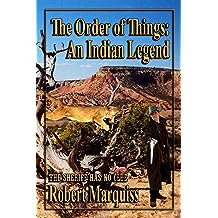 The Order Of Things: An Indian Legend Oct 21, 2015
by Robert Marquiss , John Suchy
$3.49
A doctor of archeology locates writings on animal skins while having his own adventures. On the skins, the story starts with a cowboy finding an injured girl under a blue glow and goes completely out of this world.
Read more
Other Formats: Paperback 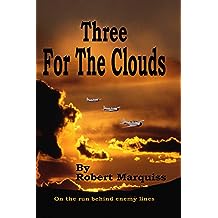 Three For The Clouds Feb 8, 2016
by Robert Marquiss
$2.99
Captain Masters is on the move, September 1942,
in the Pacific deep in enemy territory. These were
desperate times needing desperate measures. Men were cast in the throes of battle against a very well trained and formidable opponent, hoping to come out alive. After an arduous bombing raid that dealt heavy losses, Masters and his two other pilots were on their way home. They found they had no place to go: their carrier was sunk. Thinking quickly, Captain Masters devises a plan to make a 1500 mile trek through enemy territory to Australia.
Read more
Other Formats: Paperback 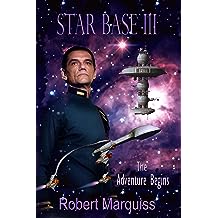 Star Base III: The Adventure Begins Jan 17, 2016
by Robert Marquiss
( 3 )
$2.99
Captain Morgan ia ordered by the Admiral of Star Base III to take on a
perilous mission to save a star ship, the Orion, her crew and the vital
data she carries for Star Base III. The Orion had been attacked by
Hawk Battle Cruisers from Zadack. Severely damaged, the Orion
escaped and hid in a nebula where she waited for help. Morgan knew
there was no time to lose in saving her. The fastest way to reach her
is through a section of the galaxy where no one dares to tread. On his
way to rescue the Orion he learns that she has surrendered and also
that his estranged daughter is part of the crew on that ship. Now, more
than ever, he wants them both back.
The fight begins.
Read more
Other Formats: Paperback 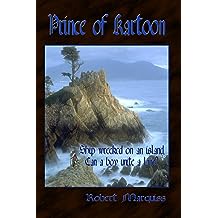 Prince of Kartoon Oct 24, 2015
by Robert Marquiss
( 1 )
$2.99
Kartoon is an island besieged by evil spells of a sorcerer. Can they be broken? The Old One knew that one day a prince would come and unite the land once again. turning it back into the lavish city and island it once was. But no one believed in the prophecy anymore. An old wives tale, some said. It was a time of warring clans, there was to be no peace. Then one day a ship of peculiar design smashed up against the rocks offshore and sank. The Old One saw a boy, on a huge wave, wash up on shore. He helped the boy to his cave and wrapped him in blankets. Then it hit him with awe as he saw a strange aura about the boy. The prophecy! No ship or crew ever survived the power of the sea and those rocks. Could he be the prince?
Read more
Other Formats: Paperback 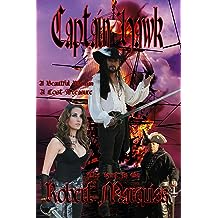 Captain Hawk Oct 28, 2015
by Robert Marquiss
( 2 )
$2.99
Watch out Captain Jack Sparrow! There be a new pirate in town, and if ye be scouting for some great reading, you’ve just hit literary treasure with Captain Hawk, by Robert Marquiss.
“The colonies of the New World were emerging,” says Marquiss, “The fate of these continents and islands lay within the outcomes of the conflicts between the European countries and the pirates that sailed the seas.”
Mateys, landlubbers and scallywags – all are invited along on this swashbuckling sail through harrowing escapes, comic misadventures and light romance as they learn the legend of a pirate that isn’t all that he purports to be -- but even that
doesn’t stop him.
“This one’s a good, fun read,” says Marquiss. “If you’re looking to laugh, be entertained and just want a great escape into a world of action and adventure, you’re in for a real page turner.” From its opening scenes where you’ll find your hero in a stockade waiting to be hung, Captain Hawk is a cunning masterpiece of light-hearted villainy and revenge. With an unforgettable leading man that shows you the way -- his way -- his ship’s log reveals rumors of a Templar treasure known
only by a few unfortunate and unlikely souls.
What happens next is what Captain Hawk himself is most skilled in telling: a good
old-fashioned pirate’s yarn. So avast, ye hearties! Pull up your boots, weigh anchor and brace yourself. This one’s a carousing case-shot of legends and laughs -- and leagues of adventure.
Read more
Other Formats: Paperback 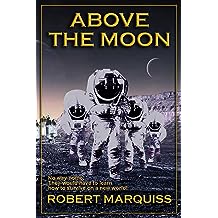 Above The Moon May 18, 2016
by Robert Marquiss
( 2 )
$2.99
It was the year 1963 and a Martian space ship
crash landed on Earth. The wreckage indicated
that it had been in a battle. It also had the
technical information and components needed
for human hibernation in space. A recon
mission was ordered to discover what threat
these beings actually were. The men trained
for years on the equipment developed to carry
out the mission. A moon launch was used as
a cover up for the Mars mission. Both were
launched at exactly the same time. The recon
team discovered a race of beings far worse
than they originally thought they would
encounter.
Read more
Other Formats: Paperback 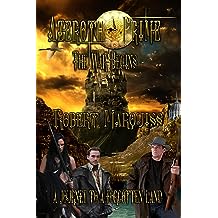 Azeroth Prime: The War Begins Dec 20, 2015
by Robert Marquiss
( 1 )
$2.99
On the main island, Azeroth Prime, a medieval civilization exists. Brewing outside the walls of its capital city is an evil force unlike any other. This treacherous army has intentions of laying waste to the last bastion of goodness, honor and peace. Its sorceresses and shamans will summon from beneath the earth’s surface hideous and ferocious creatures created for destruction. Like a shadow of a hawk looming over its prey, the army will advance with frightening mystical powers to begin its devastation.

Will the evil army underestimate the strength and power of the people of Azeroth Prime?

Will help somehow be summoned to their aid?

Can their small civilization survive the onslaught of darkness?
Read more
Other Formats: Paperback 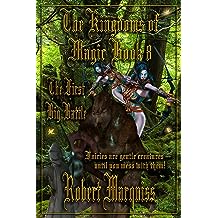 The Kingdoms of Magic Book 8: The First Big Battle Jan 18, 2016
by Robert Marquiss
$0.99
Tessa, exhausted and severely wounded, braves mortal danger to get the message to the Queen that the Skavian ships have emerged from the fog near Port Royal. The biggest battle in the history of Nor is about to begin as the Skavians are only hours away. To make matters worse, Lieutenant Madison, a key strategist, claims to have been hit by lightning in the tunnels off Isis’ Inlet and is severely wounded. Queen Elise sends her forces to begin an all-out attack on the oncoming fleets using a promising new weapon. But it hasn’t been tried before. Will it work? Meanwhile spiders are attacking Duchess Dielos’s prison cell with intent to devour her. King Shadack is enraged to
discover that Starania has sent the Duchess to her doom. Will she survive? Find out for yourself: read this book.
Read more
Other Formats: Paperback 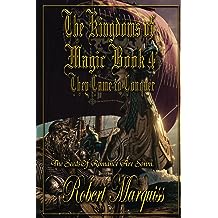 The Kingdoms of Magic Book 4: They Came To Conquer Oct 22, 2015
by Robert Marquiss , John Suchy
$0.99
Queen Elise staves off the first onslaught of fierce Skavian warriors trying to take over her domain, but is severely wounded in the battle. When she is finally brought to the Fairy Palace, Her wound is turning even more serious. The spike that hit her had an unknown poison on it from another land. There is no one in the Fairy Kingdom who can help her with it. Daleana tries but even she can only slow the poison’s effects. Back at sea, the battle still rages on off the eastern shore between the Skavians and the Pirates, the Jade fleet and the Fantasy fleet. During the battle the Pirates’ head surgeon is injured and lost at sea. Who else is there that can help the wounded now?
Read more
Other Formats: Paperback