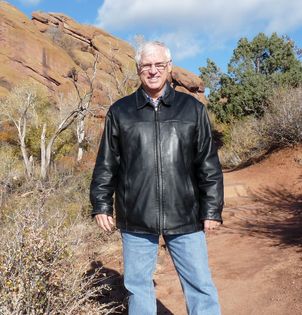 Robert Samuel Cromartie III, M.D., FACS holds degrees in Chemistry and Medicine from the University of North Carolina and served surgical residencies at the University of Miami, Louisiana State University, and Medical University of South Carolina. He earned board certification in Surgery, Thoracic Surgery, and Laser Surgery and became a Fellow of the American College of Surgeons, the American College of Cardiology, the American College of Chest Physicians, and the International College of Surgeons. He studied anesthesiology at Letterman General Hospital of the Presidio of San Francisco and served as a captain in the medical corps of the U.S. Army in South Vietnam where he earned the Bronze Star. He joined the faculty of Indiana University School of Medicine as a cardiovascular surgeon until moving to Florida where he served as Chief, Division of Thoracic and Cardiovascular Surgery at Halifax Medical Center in Daytona Beach from 1984 until 2006.

With co-author Richard Joseph Duma, M.D., Ph.D., FACP, he wrote High-Tech Terror: Recognition, Management, and Prevention of Biological, Chemical, and Nuclear Injuries Secondary to Acts of Terrorism which was published by Charles C Thomas, Publisher, LTD. It provides an easy-to-read reference for both medical and non-medical people who may face acts of terrorism from weapons of mass destruction. Doctor Cromartie has also written ten articles published in major medical journals on topics including carcinoma of the lung, tuberculous peritonitis, echocardiography, repair of the subclavian artery, cardiovascular surgery, anesthesiology for trauma patients, carotid body tumors, replacement of the vena cava, and remedies for pollution of Florida's rivers.

Other publications include three historical novels (Romanov Curse, Romanov Quest, and Himmler's Mistress), four thrillers (Ultimate Duty, Good Fortune’s Curse, An Innocent Lie, and The Weather Girl's Assassin), a first aid book entitled Family Survival Guide, and Creating a Kindle Book on the Mac (a booklet that helps self-publishers create a cover and format their book for publication by Kindle). More information may be found at his website, www.samcromartie.com. 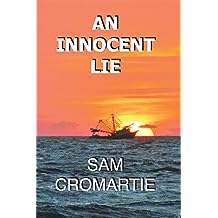 An Innocent Lie Jun 29, 2017
by Sam Cromartie
( 5 )
$0.99
Jeb Grant studies for the final exam that determines if he graduates from Duke University School of Law. He receives a frantic phone call from Cristina, his ex-girlfriend whose grave he cried over eight years ago. He suspects a hoax but rushes to meet her.

Angie Laudicino (a.k.a. Cristina DAlimonte, a.k.a. Marie Baldini, a.k.a. Elaine Russo) flees for her life from mobsters who want to use her as collateral in their war with her father, the leader of the mob in Miami. She needs to find a place to hide, but first, she must warn Jeb that the assassins are coming for him.
Read more
Other Formats: Hardcover , Paperback 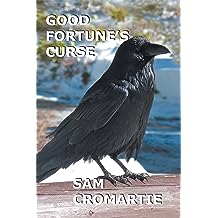 Good Fortune's Curse Jun 28, 2017
by Sam Cromartie
( 3 )
$0.99
Dr. Bill Stuart has spent his life trying to find a cure for the aging process. In his seventh decade, he develops a drug that reverses aging in rats but gives them cancer. When his partner injects himself, it kills him. The police accuse Bill of causing his friends death. He injects himself in an attempt at suicide. Instead of dying, he suffers agonizing pain and collapses.

He awakes two weeks later in the hospital burn unit. His body has gone through a metamorphosis, and he appears to be a young man. No one knows who he is, and he cannot divulge his identity because the police want to arrest him regarding the death of his partner. He flees from the police and from brutal men who know who he is and want to steal the formula of the drug.
Read more
Other Formats: Hardcover , Paperback 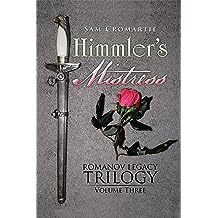 Himmler’S Mistress Jun 26, 2017
by Sam Cromartie
( 3 )
$0.99
Heinrich Himmler sent Valentina Schneider to a concentration camp for helping Jews and Allied soldiers to escape from Germany during WWII. Her sons and their father, Ivan, rescued her in the last month of the war.

In this final book of the Romanov Legacy trilogy, Valentina returns to her home in Munich. Her sons go to Soviet territory to find their girlfriends, but the Soviets arrest both men. Ivan goes back to Moscow to free them.

Valentina had attended many parties with Hitlers leadership, and rumors abounded that she had been Himmlers mistress. She owned a lens factory near Munich. Nazi administrators brought slave labor to the factory while she was in the death camp. Allied prosecutors believe she was responsible and charge her with war crimes. They incarcerate her with Goering and the Nazi leadership who await trial at Nuremberg.
Read more
Other Formats: Hardcover , Paperback 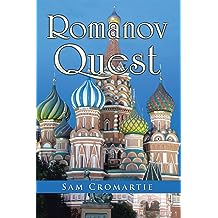 Romanov Quest Jun 23, 2017
by Sam Cromartie
( 4 )
$0.99
Valentina Kovalova, a cousin to Tsar Nicholas, fled Russia in 1917 after Bolsheviks slaughtered her family. She took her infant son to Germany but left his twin brother whom she thought was dead. She married a man who became a close confidant and friend of Hitler.

As WWII commences, her husband commands a U-boat, and her sons fight on opposite sides. She moves in the inner circle of Nazi society while hiding Jews and occasional Allied soldiers in her home until Himmler discovers her involvement in the resistance.
Read more
Other Formats: Hardcover , Paperback 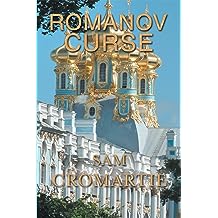 Romanov Curse Jun 15, 2017
by Sam Cromartie
( 10 )
$0.99
Seventeen-year-old Valentina Kovalova considers her Romanov blood to be a blessing until Bolsheviks kidnap her. Their leader becomes her lover and helps her to go home. He returns to his rebels without knowing she is pregnant.
Her father shuns her, his cousin Tsar Nicholas abdicates, and Valentina delivers twin sons in the midst of war and revolution. Bolsheviks kills her parents and two sisters.
Valentina flees to Germany with her infant son, leaving behind his twin brother whom she believes is dead.
She inherits the extensive estate of her aunt and marries a handsome man from a prominent family. He becomes a confidant of Adolf Hitler.
Her husband thinks the Fhrer will restore Germany to her rightful glory. Valentina recognizes him for the madman he is. At great risk to herself, she refuses to support him and hides a Jewish girl in her home.
Read more
Other Formats: Hardcover , Paperback 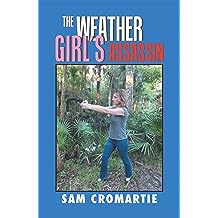 The Weather Girl’S Assassin Mar 29, 2018
by Sam Cromartie
( 3 )
$3.99
When an accident bumps weather girl Catilyn Duprey into the prime-time news anchor role at WQOT TV in Daytona Beach, Florida, she covers accusations that the US senator from Florida committed sex crimes. Instead of following the teleprompter, she defends the senator and suggests that someone high in the government may have framed him. Within days, she becomes the subject of investigations by multiple federal agencies and soon must face an assassin intent on killing her.

FBI special agent Kyle Murphy lives for one purposeto capture the terrorist who murdered his fiance. When his special agent in charge tells him that Caitlyn was the mans girlfriend and that she may have helped with the killing, he relishes his new assignment. Then he meets Catilyn and discovers that the charges against her are bogus. Together, they take on both the terrorist and powerful figures in the government who framed the senator and weaponized federal agencies to silence Catilyn.
Read more
Other Formats: Hardcover , Paperback 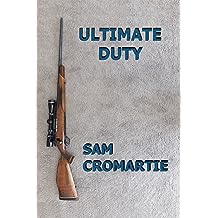 Ultimate Duty Jun 26, 2017
by Sam Cromartie
( 2 )
$0.99
Thoracic surgeon Jack Connor rushes to the emergency room in Fairfax County, Virginia, for a former army buddy, Sid McCloud, who has been shot in the chest. Jack takes him to surgery and saves his life, but someone tries again to kill Sid the next morning. Sid tells Jack about a terrorist plot to assassinate the president.

Soon the terrorists succeed in killing Sid, and they frame Jack for the murder. Jack must hide from the police, the FBI, and the terrorists as he tries to clear his name and to save the president.

Only Sids ex-wife, who was once a close friend, believes Jack. She helps him to hide and to search for the killers.
Read more
Other Formats: Hardcover , Paperback 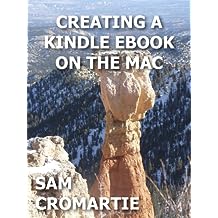 Creating a Kindle Book on the Mac May 9, 2012
by Sam Cromartie
( 1 )
$2.99
Formatting an ebook for sale on Kindle can be frustrating and time consuming. This booklet presents a step-by-step method for accomplishing this on the Macintosh computer. It is intended for authors with only basic knowledge of computing. It leads them through the process of creating a cover page, formatting the document to configure to the Kindle and to the Kindle apps for the iPad and iPhone, constructing an active table of contents with ncx technology, obtaining an ISBN, converting the ebook to Kindle format, and uploading the final product to Kindle Direct Publishing.
Read more 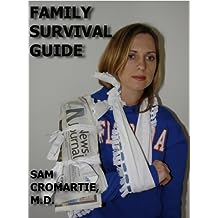 Family Survival Guide Mar 28, 2012
by Sam Cromartie
$2.99
Family Survival Guide is a simple manual for the management of both minor and major medical emergencies that the average person might face. It discusses preventative care and ways to recognize diseases and problems before they become life-threatening. Although the emphasis is on routine trauma and medical emergencies, the text includes sections discussing basic life support measures; insect and animal bites and stings; natural disasters; and acts of terrorism, including biological, chemical, and nuclear attacks.
Read more