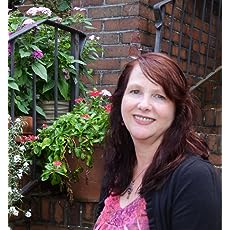 While waiting for her writing to pay off, Robin Johns Grant did a lot of crazy fan stuff and was way too involved with books and movies like Harry Potter and Star Wars, which helped her dream up Jeanine and Jamie for Summer's Winter.

With a degree in English and a mid-life crisis coming on, she returned to school and earned a master's degree in library and information science. She now has her best day job ever as a college librarian, which keeps her young by allowing her to hang out with students.

Robin was named 2014 Author of the Year by the Georgia Association of College Stores, and Summer's Winter won a bronze medal in the Romance - Suspense category of the International Readers' Favorite Book Awards.

Robin lives in Georgia with her wonderful husband Dave and formerly feral felines Mini Pearl and Luna. She is also surprised to find herself part owner of a sweet pit bull puppy named Pete who showed up as a stray at her mom's house.
Read more 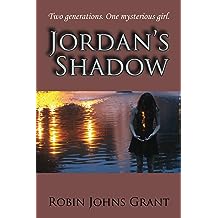 Jordan's Shadow Feb 20, 2015
by Robin Johns Grant
( 21 )
$2.99
The Crosby family has a frightening problem. Is it psychological? Supernatural? Or something entirely unexpected?

In 1984, seventeen-year-old Rose and her fiancé discover an injured girl with no memory. The girl, Jordan, is in Rose’s life for a brief time but leaves her world shattered.

Years later, Rose Crosby’s fifteen-year-old daughter Ginny can’t understand why her relationship with her mother has fallen apart. Ginny could swear that Rose is terrified of her lately.

Then one terrible day, Ginny overhears Rose confessing that she truly is terrified of Ginny—because to her, every day Ginny grows more and more like Jordan, the girl who's been dead many years. In fact, she swears that somehow, Ginny is turning into Jordan.

Is Ginny’s mom insane? Is there a ghost in their house, threatening to possess Ginny? Or is the demon in Rose's past, forcing her to confront what happened on that horrible day in 1984 when Jordan was killed?

For fans of the type of haunting psychological suspense found in We Were Liars by E. Lockhart.
Read more
Other Formats: Paperback 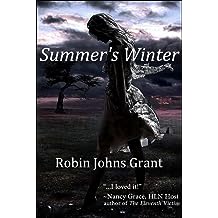 Summer's Winter Jan 20, 2014
by Robin Johns Grant
( 56 )
$2.99
When Jeanine finally connects with film star Jamie Newkirk, the object of her obsession, will it be a dream come true? Or will she be pulled into his family's nightmare of secrets, control, and death?
At age ten, preacher's daughter Jeanine fell in love with young movie star Jamie Newkirk and the character he played--Danny Summer. Jeanine believed God Himself promised Jamie would be part of her life--that he would rescue her from boring rural Georgia. But eleven years later, she's graduating college and about to settle into the dreary nine-to-five life with no word from Jamie or God.
And then Jamie bursts into her life in an amazing way. There are plans to resurrect the Summer series of books and movies, and Jeanine is right in the middle of it all. Jamie seems to be falling for her, just as she'd dreamed. And yet...
She never expected all the dark undercurrents. Jamie is hiding out in Georgia following the suspicious death of his former girlfriend. And isn't it odd that he found his mother dead of a supposed suicide in that same house two years before, and that both women had the same strangely-shaped burn on their bodies? And who knew there would be so many sinister characters involved in Jamie's life, and in the Summer series? There's his young co-star, Charlie--the Summer author died in an unexplained fire at his house. And Jamie's stepfather, Elliott, and uncle Richard seem to be in a vicious competition for control of the Summer series and of Jamie's life.
Jamie is obviously hiding things--about his family, about the deaths of his mother and girlfriend. The media and the public have declared him guilty. Jeanine longs to prove his innocence. Unless she can, Jamie's dark secrets may shatter her dreams, her faith--and her life.
Read more
Other Formats: Paperback