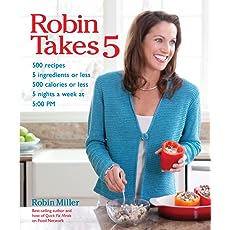 
Robin has been a food writer and nutritionist since 1990 and she is the author of Robin Takes 5 and the bestselling cookbook Quick Fix Meals. Her popular show, Quick Fix Meals with Robin Miller currently airs on Food Network and she has a weekly blog, Robin's Healthy Take on www.foodnetwork.com/healthyeats.

Robin has been a guest on hundreds of local and national television and radio programs. She has hosted home videos (for Jane Fonda), cable television vignettes (for Food Network and a variety of food companies) and spoken at media events in various markets nationwide. Currently, she appears regularly on local, network and cable television. Programs of particular interested include: The Early Show (CBS), Regis & Kelly, The View, The Today Show (NBC), Good Morning America (ABC), CNN, Fox News Channel, Food Network, Discovery Channel, and HGTV.

Robin has a master's degree in Food and Nutrition from New York University, 1998. 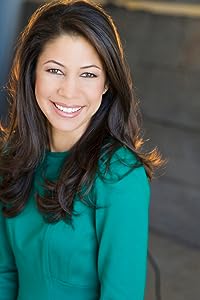 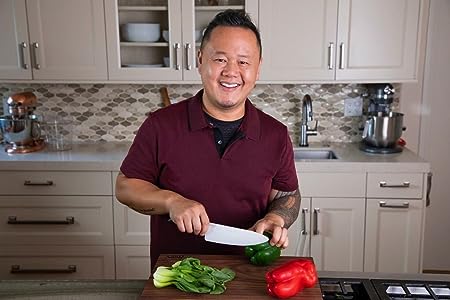 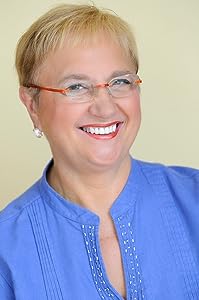 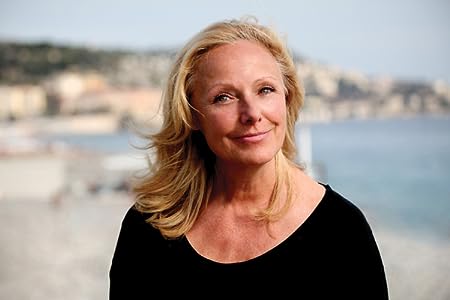 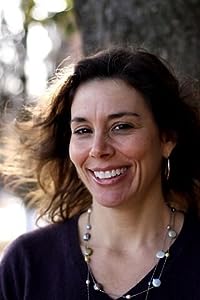 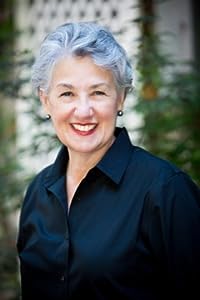 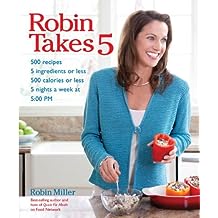 "This isn't the flashiest book on the shelf, but if you're a busy parent, it will likely be the one you use the most. Miller, a best-selling author, host of Food Network's Quick Fix Meals, and mother of two sons, knows what it's like to have to get a healthful, quick meal on the table in a matter of minutes and can help you accomplish the same." --San Antonio Express-News

"This fun assortment of Robin's best ideas makes it a cinch to serve healthy, memorable meals without spending all your time in the kitchen." --The Boomer Brief

It's 5:00 PM. Everyone's hungry. It's takeout or fakeout, meaning nuking a processed meal from the freezer. But there's a third option that doesn't include processed food or an unhealthy heap of calories and fat--Robin Takes 5.

Imagine quickly preparing delicious meals for yourself, your friends, and your family with just 5 fabulous ingredients. Does it get any better? Absolutely, with Robin Takes 5. The book features 500 recipes and each dish is a mouthwatering 500 calories or less. Two-color recipe text complements full-color photography inserts. In addition, helpful icons note ideal recipes for holidays and entertaining as well as recipes with less than 500 mg of sodium. That's not all--nutritional information is given for each recipe.

In Robin Takes 5 500 recipes highlight at least 10 different ethnic cuisines, and dishes range from soups, pizzas, and pastas, to chicken, beef, pork, seafood, side dishes, and desserts. Consider 70 recipes just for chicken, such as Cashew Crusted Chicken with Roasted Jalapeno-Mango Chutney, and 50 dessert recipes, such as Orange Marmalade Tart with Chocolate Covered Almonds. Consider yourself armed for mealtime. The next time the clock strikes 5:00 PM and you want both noshing and nourishment, check out Robin Takes 5. 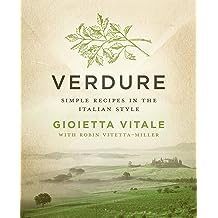 Verdure: Simple Recipes in the Italian Style Mar 13, 2012
by Gioietta Vitale, Robin Vitetta-Miller
( 12 )
$11.99
One hundred healthful and delicious Italian recipes centered on the best fresh, seasonal produce
From artichoke frittata to zucchini soup, Vitale offers simple and nutritious recipes dedicated entirely to vegetables. Providing tips on selecting fresh ingredients and bringing out each dish’s unique flavor, Verdure represents the best of northern Italian cuisine, and is a must-have for anyone seeking no-frills meals using the best that any local produce market has to offer.
Read more
Other Formats: Hardcover , Paperback 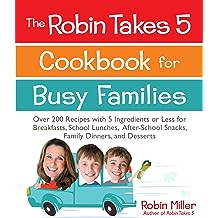 “Robin brings her real-life experiences to the page. Her book is not only full of her best busy-family recipes, but also tips and stories to remind us that we are not alone in trying to get a nutritious and delicious dinner on the table for a busy (and hungry!) family.”
—Melissa d’Arabian, host of Food Network’s Ten Dollar Dinners and author of Ten Dollar Dinners

“This book is loaded with fun, easy, kid-friendly recipes that can take the stress out of feeding your family well, and make it completely doable even when life is at its most hectic. Kudos to Robin for covering all the busy-family bases!”
—Ellie Krieger, RD, host of Food Network’s Healthy Appetite and author of Comfort Food Fix

You can’t create a truly useful cookbook for busy families unless you’re actually living the life. And Robin Miller lives the life! Her boys and husband keep her busy, plus Robin’s a chef, nutritionist, cookbook author, and TV personality. Like you, she faces mealtime dilemmas every day, from morning until night. Thankfully, Robin shares her secrets for creating delectable food in minimal time with few ingredients. How does this sound? Jump-start your day with Flapjacks with Cheddar and Bacon or Huevos Rancheros on English Muffins. Let the kids enjoy the Almond Coffee Cake while you pack Chicken Caesar Pita Pockets in their lunch boxes and spoon Lemony Sweet Pea Risotto or Quinoa Salad with Black Beans, Corn and Cilantro into a container for you. Afternoon snacks are a breeze with Roasted Corn Guacamole with Baked Tortilla Chips or Warm Spinach Dip with Sundried Tomatoes and Pepper Jack. For dinner, wow the crowd with Toasted Tortellini with Bread Crumbs and Tomato Sauce, Turkey Meatball Sliders, or Cheddar Fondue with Shrimp and Apples. Think you don’t have time for dessert? There’s always time for White Chocolate Truffles with Raspberry Sauce and Crispy Sugared Wonton Ice Cream Sandwiches. The biggest secret of all? Each recipe has just 5 ingredients or less.
From morning until night, Robin’s got you covered with an assortment of family-friendly main dishes, snacks, side dishes, and desserts. You’ll soon discover that The Robin Takes 5 Cookbook for Busy Families is a book that will forever live on your kitchen counter. 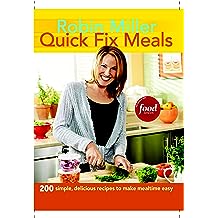 Quick Fix Meals: 200 Simple, Delicious Recipes to Make Mealtime Easy May 29, 2015
( 92 )
$13.99
Robin Miller is the host of the new series on Food Network, Quick Fix Meals with Robin Miller, which provides viewers with recipes, time-saving tips, and strategies for serving up fresh, healthful meals every day with the least possible effort.
In Quick Fix Meals, Robin shares her best time-saving strategies for putting fresh, delicious food on the table every night. Her recipes are organized by these techniques, which include Meal Kits (pre-prepping the ingredients for a weeknight meal on the weekend, bagging them, and having them ready to go in the fridge; the result--meals that can be on the table in literally 10 minutes); Morph-It Recipes (enjoy Herb-Crusted Turkey Tenderloin one night and you've got the makings for Chili-Rubbed Turkey Medallions or Pan-Seared Turkey with Apples and Melted Blue Cheese another night), and Greased Lightning, unbelievably tasty recipes that can be put together and on the table in 20 minutes. There are also Simple Sides that go together in no time, as well as, for those who just can't live without dessert, a collection of In-a-Snap Sweets.
Read more
Other Formats: Paperback 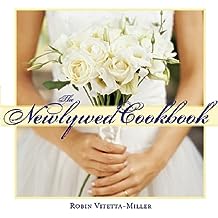 The Newlywed Cookbook May 16, 2018
by Robin Vitetta Vitetta-Miller, Robin Vitetta-Miller
( 20 )
$10.79
In Italy, it’s common to see biscotti-lovers rest the cookies over steaming cups of
coffee, cappuccino, or espresso. While the coffee flavor is infused into the dough,
the steam softens the cookie’s crisp center. In my house, it’s common to see me
eating these before the coffee’s finished brewing
Read more
Other Formats: Paperback