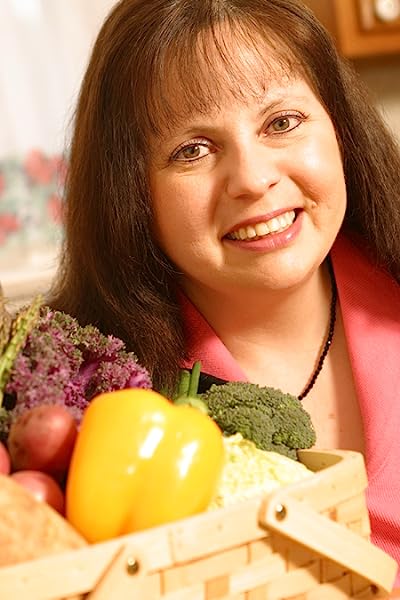 Chosen as one of the top 5 vegan cookbooks of 2014 by Grant Butler, The Oregonian: "This cookbook is her most-lavish so far, with 150 recipes that crisscross the globe, showing how vegan cooking can capture the essence of more than 20 countries, from an intense Eastern European goulash to spicy Ethiopian berbere stews to sop up with spongy injera flatbread. And you won't have to run all over town hitting specialty markets to make these dishes, since most ingredients can be found in any grocery store. This is ideal for adventurous eaters looking to expand their horizons." (Grant Butler, The Oregonian)

"Vegan Without Borders has our vote for the most beautiful vegan cookbook of 2014. It’s perfect for someone ready to stray from Western-style cooking to explore the diversity of flavorful international cuisines. You’ll get some of the finest vegan dishes from Africa, the Middle East, Europe, India, and Asia. Featuring beautiful photography throughout, this top-quality hardcover book makes this the perfect gift for the 2014 Holiday season." (Vegan.com)

This sumptuous, colorful collection of "Easy Everyday Meals from Around the World" is another winner for the prolific Robertson, who still manages to keep the quality level remarkably high as she delivers another fresh spin on vegan eating.
(Vance Lehmkuhl, V for Vegan)

"Another winning collection of recipes from the amazingly prolific Robin Robertson"

"...a gorgeous hardcover book abundant with delectable, easy-to-prepare recipes from around the globe"

"The wonderfully crafted book design will lure you into taking your palate on an around-the-world adventure." (Gail Davis Rhamy, Hungry Vegan)

On the shortlist of notable cookbooks in 2014, from T. Susan Chang of NPR: "[the] Convert-a-Carnivore Choice: Vegan Without Borders, by Robin Robertson." (T. Susan Chang, Cookbooks for Dinner)

"A really gorgeous cookbook with an infectious, obvious love for plant-based recipes from around the world"

"this latest cookbook is probably the most impressive, which is saying a lot" (Marla Rose, Vegan Street)

"...ethnic dishes from around the world and made them vegan." (Elizabeth Pudwill, Houston Chronicle)

Robin Robertson is the author of more than twenty cookbooks, including the best-sellers Vegan Planet, Fresh from the Vegan Slow Cooker, Quick-Fix Vegan, and One-Dish Vegan. A longtime vegan and former restaurant chef, she has written for VegNews Magazine, Vegetarian Times, Cooking Light, and other magazines. Robin lives in the Shenandoah Valley of Virginia. See her books at www.robinrobertson.com.

4.4 out of 5 stars
4.4 out of 5
43 global ratings
How are ratings calculated?
To calculate the overall star rating and percentage breakdown by star, we don’t use a simple average. Instead, our system considers things like how recent a review is and if the reviewer bought the item on Amazon. It also analyzes reviews to verify trustworthiness.

Amazon Customer
5.0 out of 5 stars Delicious!!
Reviewed in the United States on January 1, 2015
Verified Purchase
This is a wonderfully simple and delicious collection of interesting recipes. For background information, I have been a vegetarian for almost 40 years and vegan for the past 2 years. I'm also unable to resist a new vegan cookbook as I am constantly in search of new recipes. My vegetarian cookbook collection is extensive and well used. So the last thing I needed was another cookbook.

However, I couldn't resist this intriguing book and I ordered it in a moment of weakness. I'm so glad I did. So far I've owned the book for two weeks and I've made these recipes: Trofie alla Pesto with Green Beans and Potatoes, Portuguese Kale Soup, Baklava Bites, White Bean Goulash, Roasted Brussels Sprouts and Walnuts, Black Bean and Butternut Tortilla Bake, Brazilian Feijoada, Chickpea and Kale Wat, Coconut Spinach and Lentil Dal, Szechuan Bok Choy, and Thai Hangover Noodles with Tofu and Thai Basil. Every recipe has been delicious and easy to make, yet the flavors have been complex. I have made some changes in order to adapt some recipes to make in my new Instant Pot.
Recipes are organized according to country of origin, which makes meal planning simple. I like the fact that this book doesn't rely on "fake" or processed ingredients. Robertson does use vegan sour cream in some recipes, but I made my own cashew sour cream using a recipe from Oh She Glows. I have at least another dozen recipes bookmarked to make in the next week and eventually I'll probably make 90% of the recipes in the book.
I would recommend this book to anyone looking for a great new vegan cookbook. (FYI - my other favorite vegan cookbook is Isa Does It.)

Gently flowing
4.0 out of 5 stars Many interesting recipes to try
Reviewed in the United States on February 17, 2015
Verified Purchase
This is a beautiful book with lovely pictures. It is organized according to continent/country. For each country, Robin Robertson has provided a selection of breads and/or salads, soups, then some side dishes, entrees, desserts, etc. The recipes are nicely presented in a clear, clean format. I would prefer that the font size be slightly larger or bolder as the glossy paper can make it a little more difficult to read (with my aging eyes) as the glare of light reflects off the page. Since I have accumulated many vegan cookbooks, I find I go through periods where I use two or three of them exclusively and then I shift to another two or three. So far, I have made one recipe from this book, the Sesame-Spinach Donburi, which turned out very well. I have a very long list of recipes I want to try--36 to be exact, which I made shortly after receiving the book, so there is a lot to look forward to here.
Read more
7 people found this helpful
Helpful
Comment Report abuse

Donna Valentine
5.0 out of 5 stars Best Plant Based Recipes Even My Husband Liked
Reviewed in the United States on November 13, 2019
Verified Purchase
The best Vegan Recipes I have ever tried. My husband didn't know that he was eating plant based food. He enjoyed everything as well as I. Very happy with this cookbook!
Read more
One person found this helpful
Helpful
Comment Report abuse

Kindle Customer
5.0 out of 5 stars Great cookbook!
Reviewed in the United States on July 23, 2019
Verified Purchase
Robin Robertson's cookbooks are wonderful and this one is no exception. The recipes are very tasty and easy to make. The Kindle edition of the book is laid out well (unlike some others I've seen). It is similar to her earlier "Vegan Fire & Spice" but has very few recipe duplications. The ones that are duplicated have been updated to include less oil. This is an excellent way to sample cuisines from around the world.
Read more
Helpful
Comment Report abuse

Cocoa Mascia
5.0 out of 5 stars A great book
Reviewed in the United States on April 22, 2020
Verified Purchase
Vegan without Borders is filled with great ideas, worthy of the book title. I have already tried a couple recipes, and many more to come. Even if you are not a vegan, this book has recipes that will fit into any style of diet. Very well done. Thank you
Read more
Helpful
Comment Report abuse

Kyleigh Whitsell
5.0 out of 5 stars My Favorite Cookbook
Reviewed in the United States on July 21, 2020
Verified Purchase
I make recipes from this book at least once a week, but most of the time more than that. I absolutely love every recipe I have tried from this book.
Read more
Helpful
Comment Report abuse