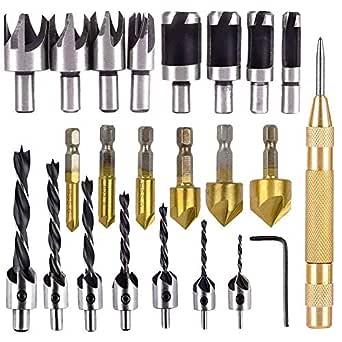 Save 10% when you receive 5 or more products in one auto-delivery to one address. Currently, you'll save 5% on your Dec 27 delivery.

Save 10% when you receive 5 or more products in one auto-delivery to one address. Currently, you'll save 5% on your Dec 27 delivery.

We'll send you a reminder before each delivery.
Save 5% now and up to 10% on repeat deliveries.
• No fees
• Cancel anytime
Learn more
Get it Sunday, Dec 6
In Stock.
Qty:1
Deliver every:
1 month (Most common)
1 month (Most common)
Auto-deliveries sold by Rocaris Direct and Fulfilled by Amazon
Share
Have one to sell?
Sell on Amazon
Loading recommendations for you

4.0 out of 5 stars
4 out of 5
875 global ratings
How are ratings calculated?
To calculate the overall star rating and percentage breakdown by star, we don’t use a simple average. Instead, our system considers things like how recent a review is and if the reviewer bought the item on Amazon. It also analyzes reviews to verify trustworthiness.

Amazon Customer
1.0 out of 5 stars Bad set, stay away
Reviewed in the United States on June 23, 2019
Verified Purchase
Well, I guess I should have known from the price but, I tried it anyway. First, everything vomes in a little poly bag, nothing exciting here except now I have to figure out how to store everything so they are easy to use. Secondly, one of the bits was so dull, it wasn't even cutting into soft Whitewood, useless. All of the countersink attachments on the drill it's were super loose with the provided wrench barely fitting to tighten. The stand alone countersink bits leave really choppy holes. Lastly, one of the drill it's has already snapped under normal use. This is a bad set. Stay away.
Read more
29 people found this helpful
Helpful
Comment Report abuse

MidWest Element Connect
1.0 out of 5 stars Look elsewhere!
Reviewed in the United States on January 22, 2020
Verified Purchase
The quality of these bits are terrible. Look elsewhere, you won’t get a quality drilled hole with these.
Read more

Christian A Frey
1.0 out of 5 stars Garbage
Reviewed in the United States on July 6, 2019
Verified Purchase
Those drills are absolutely worthless. Don't try to tighten the countersink bits to the point that they don't get stuck in the wood. You will strip the allen nut for sure. Once you get to the drilling part, don't get too exited. The drills will break off very easy. The yellow countersink bits are duller than a door knob out of the box.
Read more
17 people found this helpful
Helpful
Comment Report abuse

John Mauseth
2.0 out of 5 stars box store on online
Reviewed in the United States on January 2, 2020
Verified Purchase
this is the second time i got greedy by price thinking i was going to score some nice stuff after i purchased my new drill press. However i dont undersand what the countersink drill bits are for. they wont fit in a drill or the drill press. A peice is missing or something. the other items work okay, but not sure, if buying bits on line is right, i think the box stores items might be just a good. this is quanity of stuff, not quality in my opinion.
Read more
8 people found this helpful
Helpful
Comment Report abuse

RY
2.0 out of 5 stars Be aware...
Reviewed in the United States on July 18, 2020
Verified Purchase
While looking for a kit in this category, I came across this kit which appeared to have received reasonable positive reviews. It also contained the parts I was interested in for a reasonable price.

The package arrived sealed inside of an Amazon padded envelope, however, I could immediately tell that parts were loose inside. Upon opening the padded envelope, I found that the box the tools should have been placed in was in no shape to hold anything. It had fallen apart (I am not even sure if it was even reasonable to tape it all back together).

The bags in which the tools should have been placed in were all in bad shape. Objects were protruding from the bags (with the exception of the Automatic Center Punch which was sealed and in great shape). Judging by the condition of the box, bags, and a couple of the bits, it is my personal opinion that the tools were previously sold/used/returned. Highly disappointing considering the timeline of my project would not allow for returning or reacquiring new tools.

As for the tools themselves... Center punch was accurate and performed to my satisfaction. It was probably the highlight of the bunch in terms of performance!

Countersync bits I used both performed below average as it required more pressure than I expected despite using a good quality drill press and adding cutting oil. I had to choose a wider bit (which I did not desire) to get the job done. Please understand that the holes were already drilled to perfection using Ryobi drill bits using a drill press, and this action was to simply countersync the holes to allow the screw heads to become flush with the surface of the object they are being fastened to. It should be mentioned that the bit I was using
Showed signs of ware when I opened the package.

As for the drill collar (depth stop)... it performed to satisfaction. Although the fastening screw could have been designed better.

I have not yet used the other items provided in the set, and cannot provide a fair assessment of their sharpness or performance yet.

Bottom line... If I had to purchase a similar tool set again, I would not consider this set, or manufacturer. There are much better tools out there at minimally higher price that you could purchase from Amazon or your local hardware store. You get what you pay for, and you may have a better chance of getting brand new tools in better packaging that you can use to keep your tools in!

Robert Schifferle
1.0 out of 5 stars It’s a no from me
Reviewed in the United States on September 9, 2020
Verified Purchase
I had high hopes for this, good price and all. The parts look good at a quick glance. But after using them, very disappointed.
The finishing workmanship on each of these pieces needs to be improved, then you have a tool. It’s sad because you have to work hard to get something that looks good but still fails.
Fix these items, then I’d reconsider purchasing again:
1) Harden the drills!!!!! A bit should never bend like this.
2) complete the sharpening and polish the tips. You could measure some of the flat spots where there should be edges.
3) Make sizes in inches. I like metric but woodworking in the USA is in standard for now.

I tried these on wood and plexiglass the same day I received them. After the first drill failed so miserably I decided to give the whole batch a go.

The countersink drill bits: 👎
The smallest bit folded when I tried to drill plexiglass. Yes, folded! Not hardened at all.
I tried a larger bit but the tip was misshaped and the leading edge of the bit was lower than the tail end so it barely cuts into a Pine 2x4. The countersink parts also had sharpening issues.

The round plug cutter: 👎
Also not hardened enough. And there were filings not removed completely from the cutter that I removed before using. It started easier than the forked plug cutter and made very smooth sided hole and plug circumferences but was so dull that it barely burned 1/4 inch into the pine 2x4, then I quit. Was afraid of hurting myself.

The forked plug cutter: meh, 👎
This one cut into a pine 2x4 ok but still has terrible sharpening. The wood plug that it shaped had a very rough perimeter, however the hole it made in the wood had a smooth circumference. Using it was difficult with a hand drill, better used in a press I think. Impossible to aim a hole if you had to. The best part of the cutter is that it looks cool.

The Hex shank counter sinks: 👎
They look good but have absolutely no edge to them. They did countersink into the pine 2x4 with a lot of pressure but had a very hard time on the plexiglass. It was building heat and melting the plexiglass.

Center punch: ok for wood and soft things
It’s spring loaded and worked ok on the pine. The point is dull, (maybe not a bad thing). But the point is also soft metal. Some 220 sand paper was making flat spots on the side of the shank with just a few strokes.

Dave W
3.0 out of 5 stars Okay for the money, but pay more if you want quality and longevity
Reviewed in the United States on February 2, 2020
Verified Purchase
These are okay. Some of the bits are a little fidgety.
The countersink bits have no ‘blade’ at all, they’re basically round, but they can work.
The plug cutters work pretty nicely.
If you’re on a mega-budget and just need a quick set of bits, these are fine. But if you’re any serious about these kinds of bits, look for a name brand.