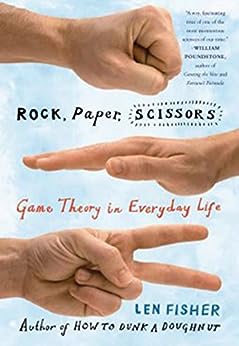 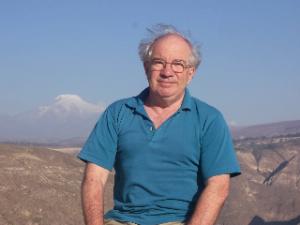 Physicist and Ig Nobel Prize–winner Fisher (How to Dunk a Doughnut) explores how game theory illuminates social behavior in this lively study. Developed in the 1940s, game theory is concerned with the decisions people make when confronted with competitive situations, especially when they have limited information about the other players' choices. Every competitive situation has a point called a Nash Equilibrium, in which parties cannot change their course of action without sabotaging themselves, and Fisher demonstrates that situations can be arranged so that the Nash Equilibrium is the best possible outcome for everyone. To this end, he examines how social norms and our sense of fair play can produce cooperative solutions rather than competitive ones. Fisher comes up short of solving the problem of human competitiveness, but perhaps that is too tall an order. Game theory works better as a toolkit for understanding behavior than as a rule book for directing it. Fisher does succeed in making the complex nature of game theory accessible and relevant, showing how mathematics applies to the dilemmas we face on a daily basis. (Nov.)
Copyright © Reed Business Information, a division of Reed Elsevier Inc. All rights reserved. --This text refers to an alternate kindle_edition edition.

Fisher, author of the entertaining and educational How to Dunk a Doughnut (2003), explores how the seemingly amorphous notion of cooperation can be explored, quantified, and even modified through the new science of game theory, which isn’t about games in the usual sense of the word. Rather, game theory concerns the strategies we use when we interact with other people. It’s about the way we manipulate situations to our own advantage; the way we negotiate and weigh our options before making decisions; the way we instinctively make split-second decisions based on myriad potential outcomes. Through a combination of real-world examples (like a traffic jam that took three days to unclog) and philosophical problems, Fisher shows us that we’re way more cooperative than we sometimes think we are, while at the same time startlingly more selfish than we ought to be. As with Doughnut, the writing is lively, the scientific discourse clear and accessible, and the ideas challenging and exciting. --David Pitt --This text refers to an alternate kindle_edition edition.

Len Fisher, Ph.D., is Visiting Research Fellow in the Physics Department at the University of Bristol. He is the author of Weighing the Soul and How to Dunk a Doughnut, which was named Best Popular Science Book of 2004 by the Ame --This text refers to an alternate kindle_edition edition.

"Publishers Weekly"
"Physicist and Ig Nobel Prize-winner Fisher explores how game theory illuminates social behavior in this lively study.... Fisher does succeed in making the complex nature of game theory accessible and relevant, showing how mathematics applies to the dilemmas we face on a daily basis."

"Booklist"
"Through a combination of real-world examples...and philosophical problems, Fisher shows us that we're more cooperative than we sometimes think we are, while at the same time startlingly more selfish than we out to be...the writing is lively, the scientific discourse clear and accessible, and the ideas challenging and exciting." --This text refers to an alternate kindle_edition edition.

4.1 out of 5 stars
4.1 out of 5
57 global ratings
How are ratings calculated?
To calculate the overall star rating and percentage breakdown by star, we don’t use a simple average. Instead, our system considers things like how recent a review is and if the reviewer bought the item on Amazon. It also analyzes reviews to verify trustworthiness.
Top reviews

J. Merrill
1.0 out of 5 stars A book for Entertainment Purposes Only
Reviewed in the United States on January 24, 2013
Verified Purchase
This book provides a few laughs and a regrettably tenuous understanding of game theory. This is not an introduction to game theory, nor a practical supplement for applying game theory in everyday life. It is a collection of stories, often from the author's childhood, and several informal definitions scattered throughout. These elements are tied together loosely under the heading "game theory", but not only collectively fail to provide a solid introduction to game theory but lack adequate explanation.

I suspect that many of those introduced to game theory by this book will have a false sense of knowledge about game theory and its application in everyday life. Like Fisher, these individuals will speciously argue for solutions to everyday problems (social dilemmas Fisher prefers to call them). Part of the problem is that he is, initially, quite convincing in his simple presentation of game theory. Only after the reader comes in contact with those with even a rudimentary understanding of game theory does the reader realize that he has been fooled by the simple and seemingly intuitive presentation.

Fisher has other books out in multiple disciplines (he has a Ph.D. in chemistry I think). I cannot comment on these, but I suspect that he is a sort of jack of all trades, master of none (except perhaps informal, inaccurate, ultimately entertaining representations of scientific disciplines). For this book, he frequently injects his own categorization, terminology, and opinions into the text in place of thought out explanations for game theoretic concepts. For example:

He refers to Nash's equilibrium as Nash's trap. "Professional game theorists may not much like my describing the Nash equilibrium in this way, because it implies that the equilibrium always leads to a bad outcome. I am sticking with it, though, because this book is about bad outcomes and how to get out of them." Let's begin this endeavor by not purchasing this book.

For a great introduction to game theory try "Games, Strategies, and Decision Making" by Harrington. It is the standard for learning game theory and great for applying it to everyday life (the right way). Ken Binmore is another game theorist/author that I highly recommend, even for beginners.

David
3.0 out of 5 stars Entertaining and interesting, but it doesn't sell me on game theory
Reviewed in the United States on February 25, 2011
Verified Purchase
This book explains everyday occurrences of subjects analyzed and explained by game theory (a socio-mathematical theory that analyzes human cooperation and competition). It explores the ways that Nash Equilibriums - the most common expression of game theory - manifest themselves in our daily lives, looks at major models for dealing with cooperation and competition (like I-cut-you-choose), and talks about other related issues, such as the most common logico-social dilemmas that game theory deals with and the issue of building trust.

There's no doubt Fisher is a skilled writer. He interweaves humorous stories of his own game theory experiments with explanations and detailed illustrations of the theories he's working with. In that respect, it's fun and pretty easy to read. The drawback of the book lies with the weakness of game theory itself, at least as far as he's explained it. More than anything else, it seems to be just a mathematical model of psychological phenomena, and it doesn't appear to really offer much that's new in the way of explaining how human beings interact with each other. Fisher, though, thinks otherwise. His claims about the revolutionary insights of game theory (particularly in the introduction) are pretty extreme: "This trap [people cheating for their own benefit in a situation in which cooperation with others would benefit everyone] has been with us for time immemorial. Examples can be found in the Bible, the Koran, and many ancient texts ... Its true nature was not understood ... [until] the advent of game theory ... reveal[ed] its inner workings." Yeah. Good thing. Recommended, but not earth-shattering.
Read more
5 people found this helpful
Helpful
Report abuse

S. Maher
3.0 out of 5 stars A good intro.
Reviewed in the United States on November 29, 2011
Verified Purchase
If you don't have any knowledge regarding game theory and you aren't looking to get too far down into the weeds, then this book might be a great introduction to the topic. Don't get me wrong, the author does a good job of relating everyday situations to some of the game theory dilemmas, but in doing so the book reads more like something from the "Dummies" series. For those of you that already have some understanding and you're looking for a deeper study of the math and science that lies underneath, then this book is not for you.
Read more
6 people found this helpful
Helpful
Report abuse

Arthur A.
2.0 out of 5 stars Games Played by Len Fisher
Reviewed in the United States on January 1, 2010
Verified Purchase
The subtitle of the book is a variation on its "real" title: Game Theory in the Everyday Life of Len Fisher. While pleasant, and somewhat helpful as an introduction, a better book is struggling to get out.

Rock, Paper, Scissors is best read by reading the chapters in reverse order. Fisher really wants to write about trust and how to gain it, by realizing that game theory not only describes situations (the seven dilemmas identified by Nash equilibriums), but also identifies methods for breakthroughs. Various problems in everyday life (mainly Fisher's!) and some business/political ones can be identified, then addressed. This is good stuff. Knowing the Ultimatum and Centipede games provide value.

A reader upon completion will most likely believe that while the book was worth the time and effort, a better book should be available with more interesting examples, that would have been MORE worth the time and effort. It's as if Fisher "mailed" it in. He couldn't have spent more than a few weeks (if that long) writing it. It's merely a money-maker that doesn't show great depth of knowledge or effort by the writer, but it is understandable.
Read more
5 people found this helpful
Helpful
Report abuse
See all reviews

DriveSafely
5.0 out of 5 stars Co-operation
Reviewed in the United Kingdom on November 20, 2016
Verified Purchase
Good first introduction to the world of game theori and why co-operation is the key to achieving the biggest rewards in games and in life.
Read more
Report abuse
See all reviews