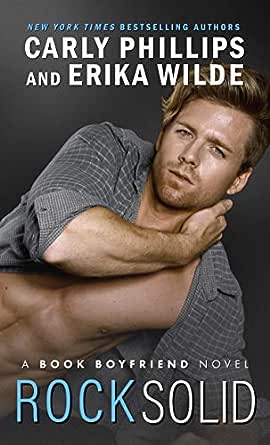 You've subscribed to A Book Boyfriend Novel! We will preorder your items within 24 hours of when they become available. When new books are released, we'll charge your default payment method for the lowest price available during the pre-order period.
Update your device or payment method, cancel individual pre-orders or your subscription at
Your Memberships & Subscriptions
There was an error. We were unable to process your subscription due to an error. Please refresh and try again. 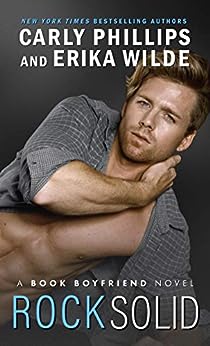 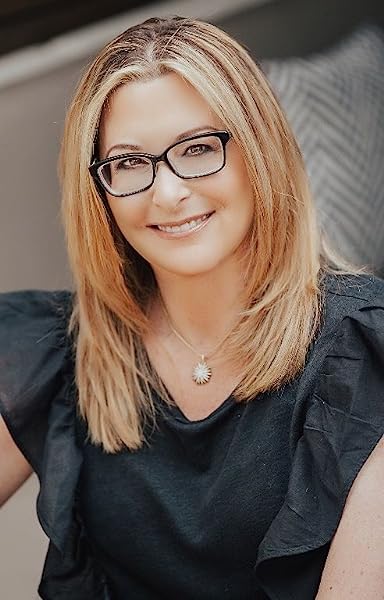 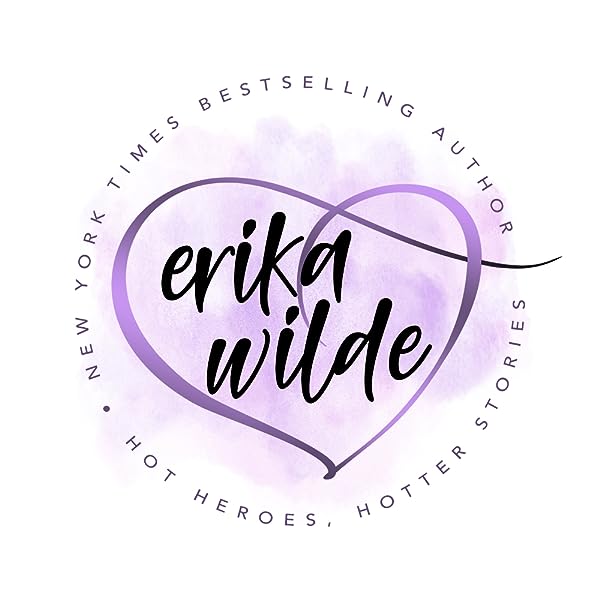 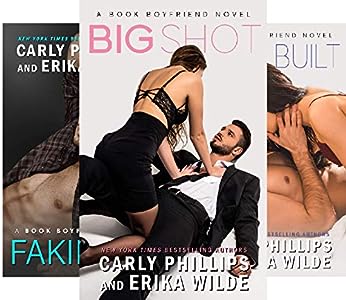 4.7 out of 5 stars
4.7 out of 5
289 global ratings
How are ratings calculated?
To calculate the overall star rating and percentage breakdown by star, we don’t use a simple average. Instead, our system considers things like how recent a review is and if the reviewer bought the item on Amazon. It also analyzes reviews to verify trustworthiness.
Top reviews

Ruza Rebel
5.0 out of 5 stars Connor just does it for me with his Rock Solidness!
Reviewed in the United States on November 14, 2017
Verified Purchase
Connor Prescott doesn't do one night stands. That's just not his style, he prefers to be in a relationship. Except for that one time in the Denver.

Katie Kaswell flies to Denver to surprise her boyfriend on Valentine's Day, but she is the one who got the surprise. Katie and Connor meet at the airport while they are snowed in on Valentine's Day. They have dinner together, they talk and connect. Connor already has a 2-bedroom suite for the night, and he offers Katie the extra bedroom ... no strings attached. Katie wants more so Connor fulfills her sex with a stranger fantasy all the while knowing that he wants more, but he wakes up alone. They never exchanged last names. Connor is not worried, they are on the same flight to Chicago. Unbeknownst to Connor, Katie changed her flight and he won't see her again for 3-yrs.

The reunion of Katie and Connor is perfectly written considering Katie's history. Connor never forgot Katie and their night together, and the connection he felt with her is strong as ever. He is surprised to discover that he has a daughter, Val - short for Valentine. Katie's experiences in life makes it hard for her to trust any man. Connor will do whatever it takes to prove to Katie that he won't hurt her or their daughter Val ... that he is Rock Solid!

This story is the last of the Book Boyfriend Series by Carly and Erika, and it is my absolute "Favorite"! Connor just does it for me with his Rock Solidness!

Tina
5.0 out of 5 stars A wonderfully written book
Reviewed in the United States on November 15, 2017
Verified Purchase
Life takes an interesting turn when Connor Prescott and Katie Kaswell flights are delayed due to a snowstorm. Connor happened to get one of the very last hotel rooms available, which turned out to be a suite with 2 bedrooms. He offers to share with Katie. Katie is reeling from a 'surprise' from her boyfriend when she showed up unexpectantly for Valentine's.

She would like nothing more than to forget and to feel desired. She wants a one night stand with Connor. A one night stand if something that Connor doesn't want. He plans to change Katie's mind but when he wakes up the next morning she's gone.

Neither one of them knows the other's last name. Both have never forgotten the other. Fate has Katie finding Connor four years later. She gives life changing news to Connor. I highly commend Katie for contacting Connor. She could of very easily never told him.

Connor has great integrity. He could of been very bitter about the situation and he stepped up accepted his new role in life and looked forward instead of backwards.

The feeling's that Katie and Connor acted upon years ago has not diminished and the more time they spend together the strong they get.

Katie is very leery of taking their relationship to another level. She doesn't have a great past when it comes to men and doesn't want her daughter to experience what she lived through in her childhood with her own parents.

Katie has to determine if she's brave enough to take a leap and have faith in Connor or step back and watch from the sidelines.

This is an wonderfully written book that pulls the reader in. I was left with a smile on my face at the end.

I love a good surprise pregnancy book, and I love the plot of Rock Solid. Most often, the guy is scared of commitment or is a manwhore, but that was a big draw for this book for me.

Katie and Connor meet while stranded in the airport due to a snowstorm. They both feel a connection with each other from the start, and end up together at a hotel for the night. That resulted in a surprise 7 months later, although Connor didn't know about it because Katie snuck out early in the morning with no way for Connor to contact her. Three and a half years later, she sees Connor's picture in a magazine and decides to fill him in on their Valetine's surprise.

Overall, this was an easy and quick read, perfect for a cold day inside. I did struggle with connecting with the characters, I think mostly for two reasons: 1- the story was told in third-person, which for me minimizes the inner thoughts and feelings that are expressed in first-person pov (Carly Phillips and Erika Wilde do write third-person very well, though); 2- I felt like everything moved really quickly, not feeling the development as I prefer. I also wish I had realized that this was a part of a series of standalones; I probably would have started with the first one, if that had been the case. I didn't realize that until I was about halfway through the book.

I liked Rock Solid, I just can't say that I loved it. It was good for a quick read, though.
Read more
One person found this helpful
Helpful
Comment Report abuse

June49
4.0 out of 5 stars A good easy read!
Reviewed in the United States on November 15, 2017
Verified Purchase
This is a nice easy read book that you will not want to put down! Connor and Katie are likeable characters, have lots of chemistry and a 3 year old daughter he has just found out about. It is a story of getting to know each other, Connor getting to know his daughter and the love that is there between them. It is about becoming a family and Katie letting go of all the preconceived notions she has about men and relationships and the part they have played in her life up to Connor. It is about trust and letting yourself feel for someone unconditionally and love is always about opening up and taking a chance. But love is worth it and that is what Katie needs to find out and what Connor already knows. Loved the story but it ended to soon. I wanted more! According to my kindle the book is a 152 pages and it was a short read. However, on Amazon it list the page total as 290. Is there 2 versions? if so I read the short one. I would recommend this book.
Read more
One person found this helpful
Helpful
Comment Report abuse
See all reviews

Mags
4.0 out of 5 stars 4.25☆
Reviewed in the United Kingdom on November 13, 2017
Verified Purchase
This was a sweet and engaging story. That drew me in from the start, and then held my attention throughout. As there was lots to like and enjoy. Plus there was little in the way of angst and it was quick and easy to read. As for the two main characters Katie and Connor. They were both likable and shared a spark. Which then led to a few hot moments. Yet the real star of this book for me was an adorable three year old called Val. Who stole every scene she was in and added so much to the overall story. Which I would happily recommend to others. Especially to anyone who is a fan of these two authors.

Mrs. S. A. Jago
5.0 out of 5 stars True love
Reviewed in the United Kingdom on August 5, 2018
Verified Purchase
I really enjoyed this book, watching love and trust grow. Plus I am a hopeless sucker for a happy ending.
Read more
Report abuse

Resh T
5.0 out of 5 stars Amazing
Reviewed in the United Kingdom on November 20, 2017
Verified Purchase
Really enjoyed Conner and Katie’s story. If you enjoyed the other 3 in this series this one will not disappointed.
Read more
Report abuse

LauriB
5.0 out of 5 stars Sweet and Naughty
Reviewed in Canada on November 14, 2017
Verified Purchase
Sweet and naughty is an apt description in my mind. The dynamic combo of Carly Phillips and Erika Wilde continue to weave stories together that hit you right in the heart for sweetness, and reaching for a fan to cool off because, well, the naughty parts are really hot. Connor and Katie's story is a perfect balance of sweet and naughty, while at the core, building a solid foundation of love. Definitely a must read.

I voluntarily read an advanced copy of this book and review is personal opinion only. PS. I loved it so much, bought the published edition as well.
Read more
Report abuse
See all reviews