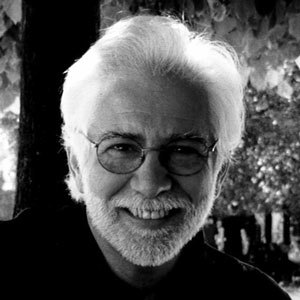 Houston oil magnate Theodor Scoville Churcher has a rather unholy alliance with Soviet minister of culture Aleksei Deschin: Churcher provides U.S. military secrets and the Russian pays in priceless works of art from the Soviet archives. Churcher discovers a couple of Soviet secrets too: One, they're still deploying missiles in the Caribbean and, two, they're paying him in fake paintings. He confronts the minister aboard a Soviet submarineand is soon reported missing at sea. Navy intelligence begins to detect signs of the missile deliveriesbut superpower arms talks may conclude before the damaging news can be confirmed. On a personal level, choreographer Melanie Winslow learns she is the wartime child of the Soviet minister. Thus the scene is set for Andrew Churcher to search for his father and the elder Churcher's secrets, Winslow to seek her father, the U.S. to protect its interests and the Soviets, naturally, to protect theirs. For all the carefully intersecting subplots, screenwriter Dinallo's first novel unfolds like an unexceptional TV movie, its Texans talking tough and its Russians often speaking as though they were reading Western Union telegrams to each other. Of interest in this era of detente is that the book's stakes are not nuclear destruction but a good deal at the negotiating table.
Copyright 1988 Reed Business Information, Inc. --This text refers to an out of print or unavailable edition of this title.
Start reading Rockets' Red Glare on your Kindle in under a minute.

Scott D. Welch
4.0 out of 5 stars Well Plotted Techno Thriller
Reviewed in the United States on July 18, 2013
Verified Purchase
Though "Rockets' Red Glare" was originally published in 1988 the story holds its own today. Admittedly, it does not do as well as some novels today in one specific area - techo - as back then no one had an iPhone or a tablet or even e-mail, but there is good, solid technology, some of which is very much around today. That aside, a true techo-thiller is a hybrid combining elements of science fiction, thriller, spy/espionage, action and war and Rockets' Red Glare delivers on all of them. Though I would not consider Dinallo on par with Michael Crichton or Tom Clancy, the two primary authors considered by many as the fathers of this hybrid-genre, he does well.

The Amazon-provided description above outlines the basic plot of the story, which is well-written and fairly fast-paced, though it does start off a tad bit slow. That is due to Dinallo setting the stage with several intertwined subplots, all of which have some back-story development and do merge at what seems to be a quite appropriate time in the story.

Dinallo is able to provide fairly detailed accounting of 1962 events as well as the primary 1987 setting of the story. He develops his characters well, possibly due to being a screenwriter where talent for movies is often times, not always, decided by how a character is described and portrayed in a screenplay.

The alternate history scenario aspect is where the bold action taken by President John F. Kennedy, which consisted of six long and grueling days of the Cuban Missile Crisis, did happen, just not with the same results that actually occurred. The Russian plan of 1962 only becomes known to others, outside of a very close circle of Premier Nikita Khrushchev advisors at the time, during the present day setting. And, boy, do the Russians have something up their sleeves!

Scenes occur in Houston, Rome, Moscow, Camp David and the White House, Geneva, as well as others, as characters are developed and the subplots move along. Dinallo pulls you in to the quest of Andrew Churcher, son of billionaire Theodor Churcher, who was evidently killed in an accident. Unknown to only a few Russian higher-ups, the elder Churcher had been trading national secrets for valuable works of art by the masters for over two decades. Churcher believed one, if not many, of the works to be forgeries and confronts the Russians in a threatening manner, at the time when global nuclear disarmament seemed about to be achieved during a NATO summit meeting.

Are the paintings real? Did Churcher really die? Do the Russians have an arsenal of atomic weapons unknown to but a few? Will the German or Italian representative, or anyone for that matter, uncover anything of importance? These are just a few of the questions that await as the clock counts down and everyone thinks global peace may be a reality.

Overall a well written novel that, to me, had some overly written romance scenes that did not really add anything to the novel, but probably would work in an R-rated movie. They do not spoil the tale, they just do not contribute anything of real value. I give it 4 stars as it is not just average (3 stars), it is a cut above due to plot development with all the subplots and characters involved.

amatuer cameraman
3.0 out of 5 stars It's OK
Reviewed in the United States on November 5, 2014
Verified Purchase
This is a fair read. If you've read Ludlum, Clancy, or any other of the class espionage thrill writers Mr Dinallo has a of lot of room to grow. Having said that, there definitely were glimpses of excitement and urgency provided in the story. In the meantime I think I'll look for my fictional espionage fix from other authors. I would try this author again but if the next book is also only fair, I'll probably pass on him again.
Read more
Helpful
Comment Report abuse

amorgazon
5.0 out of 5 stars Superb
Reviewed in the United States on June 7, 2018
Verified Purchase
Even though it's a bit outdated the story is believable and in keeping with the world today. Very good characters
Read more
Helpful
Comment Report abuse

Phillip R. Simpson
4.0 out of 5 stars Four Stars
Reviewed in the United States on November 4, 2014
Verified Purchase
well worth the read. I will look for more books from this author
Read more
Helpful
Comment Report abuse

steve
5.0 out of 5 stars Let's hope it doesn't happen
Reviewed in the United States on March 2, 2015
Verified Purchase
great story, took me back to the Cuban crisis of the 60's
Read more
Helpful
Comment Report abuse

Jack the wack
1.0 out of 5 stars Rockets red glare
Reviewed in the United States on October 25, 2013
Verified Purchase
THIS BOOK IS THE BIGGEST RIP OFF THAT I HAVE EXPERIENCED IN BUYING FROM KINDLE. YOU START READING THEN YOU GET A COUPLE OF BLANK PAGES AND YOU MISS A PART OF THE Jmoore6961@netzero.net