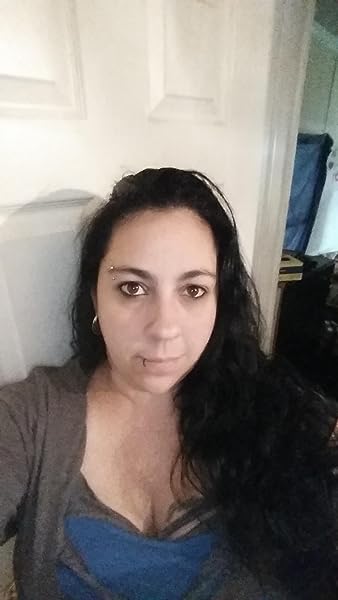 Free books:
Seal My Fate
Bound
Tell the Publisher!
I'd like to read this book on Kindle

4.3 out of 5 stars
4.3 out of 5
67 customer ratings
How does Amazon calculate star ratings?
Amazon calculates a product’s star ratings based on a machine learned model instead of a raw data average. The model takes into account factors including the age of a rating, whether the ratings are from verified purchasers, and factors that establish reviewer trustworthiness.
Top Reviews

Emilie Tomaro
5.0 out of 5 stars Love me some Roc ❤️❤️❤️
Reviewed in the United States on December 29, 2017
Verified Purchase
There is nothing like a great MC book to get you going...

Rocking Fate is Raw, Gritty, Suspenseful, with a little Romantic tone to it - in an MC kinda way. The book has everything that I love in it.

Roc - no sure that words can even describe him properly. He grew up practically alone until one day when his path crosses with Ghost’s and the rest is ultimately history. You just couldn’t help but fall for him. Then you have his MC buddies - Ghost and Devil. Jeez don’t get me started on them.

Aria - the girl seems so young and innocent and Roc has his eyes out on her. When a situation arises and circumstances change Roc has to decide how he is going to play - protect the girl or not. What ensues thereafter will keep you on your toes until the end. Erin Trejo has a way to build everything up until it explodes at the end. Just the way I love it. No fairytales here in Rocking Fate - it’s straight up Lucifer talking and taking names as he goes.

Rocking Fate is a fast paced read. I devoured it in a day and can’t wait to read the next book in the series.

Danena
4.0 out of 5 stars Great
Reviewed in the United States on March 27, 2017
Verified Purchase
It wss a good read. I'm not a big fan of insta love so the relationship happened a little fast for me but the story line was good and it was worth the read
Read more
3 people found this helpful
Helpful
Comment Report abuse

Phyllis J. Wolford
5.0 out of 5 stars Heart and Soul
Reviewed in the United States on October 22, 2017
Verified Purchase
I’m leaving this review from an ARC of my own free will. Love this book a common enemy and a girl that keeps popping up out of no where, then to find out the girl who catches your attention is your enemies daughter. Fall in love and take care of both your problems st one time. It’s like the pieces of your heart and soul come together.
Read more
Helpful
Comment Report abuse

Kindle Customer
2.0 out of 5 stars Light
Reviewed in the United States on June 2, 2017
Verified Purchase
MC reads are my favorites. This one started out good but then got a little cheesy. The chapters were only 3 to 5 pages long. Will try the next in this series.
Read more
One person found this helpful
Helpful
Comment Report abuse

Lorrie vanmeter
4.0 out of 5 stars Great read
Reviewed in the United States on May 8, 2017
Verified Purchase
The action and sexiness was all over the place. I love this family and their stories. This was an excellent read.
Read more
2 people found this helpful
Helpful
Comment Report abuse

jody robinson
5.0 out of 5 stars Great book
Reviewed in the United States on April 14, 2017
Verified Purchase
Written a little different but well done. This is a great book to show how the MC life works. Looking forward to the next book.
Read more
2 people found this helpful
Helpful
Comment Report abuse

RJ
5.0 out of 5 stars Rocking Fate is a must read
Reviewed in the United States on September 21, 2017
Verified Purchase
Rocking Fate is the perfect mix of MC, suspense, romance and action to keep you reading non stop. Would consider this to be a must read series.
Read more
Helpful
Comment Report abuse

Kindle Customer
4.0 out of 5 stars Good read
Reviewed in the United States on April 22, 2017
Verified Purchase
This was a good start to the series. The introduction of the characters and with each description there was no doubt we would hear more about them. As always a good read and looking forward to more.
Read more
Helpful
Comment Report abuse
See all reviews from the United States

Gritty and raw, intense and suspenseful. Not just a basic MC story this has a lot going on for these characters. Aria is a lot more than she appears when Roc first meets her, the spark between them deserves more than a one night stand. Roc is tormented by his past, one event changed his whole life both for the good and the bad. Being held to ransom by someone is not good especially when you are a member of an MC and you don't know just what they have on you. Violence is very much a part of this story but there is the other side, the gentle caring as well as the hot and spicy between Roc and Aria. I felt for both characters, neither had had much in the way of love in their lives. Roc at least had the rest of Hells Fire supporting him, Aria seemed very alone only having Dana. Expect bad language and dirty full on sexual content along with the violence, none of which is out of context. I was quickly caught up in the story and hooked till the end, I cant wait to continue this series.
Read more
One person found this helpful
Helpful
Sending feedback...
Thank you for your feedback.
Sorry, we failed to record your vote. Please try again
Report abuse

Jojo Reeves
5.0 out of 5 stars Must Read
Reviewed in the United Kingdom on April 16, 2017
Verified Purchase
I am a fan of Erin Trejo and wasn't disappointed in rocking fate . ROC has spent the last 10 years as a member of Hells Fire , he has also spent that time being blackmailed by the man that saw him make his first kill. At an MC meet up he meets Aria and his life becomes even moire complicated. Its a complex story full of twists and turns, hot sex and deep love that I recommend reading. I'll be reading more of the Hells fire MC that's for sure
Read more
Helpful
Sending feedback...
Thank you for your feedback.
Sorry, we failed to record your vote. Please try again
Report abuse

Slamdunkslusciousreads
3.0 out of 5 stars Not to dusty at all.
Reviewed in Australia on January 18, 2018
Verified Purchase
This is the first book ive read by Erin Trejo, it was insta love fast pace and Alpha all the way. I really enjoyed it.
Read more
Helpful
Sending feedback...
Thank you for your feedback.
Sorry, we failed to record your vote. Please try again
Report abuse