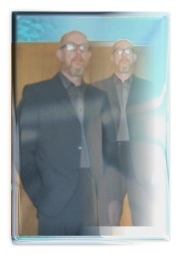 I'm Roger Wood, not a unique name in publishing, but I'm the English one, the one with the doctorate in drama, the one with the rare medical condition who was briefly blind but successfully underwent neurosurgery. I have worked in the theatre, been a local politician, spent years as a manager in the voluntary sector, and still am a magistrate. Otherwise, these days, I write and I paint. I am much more practiced in the former. Writing I have been doing every day for a very, very long time. What do I write? I write what I like to think of as "Not a Lot of People Know That" fiction. I take little known kernels of history and elaborate them in what I hope is an entertaining and literary manner. Obviously, the creative elaboration does not apply to my non-fiction, though hopefully it remains entertaining and decently written. So why has it taken me so long to publish my stuff? I could blame my condition but I'd be lying. It's because I'm an idiot. 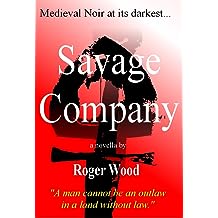 Savage Company: A Novella Sep 25, 2014
by Roger Wood
( 3 )
$0.99
Violent times breed violent men. In the third decade of the Fourteenth Century even kings can be murdered without consequences. The killers of kings rule in their stead, sleep with their queens, and suck the kingdom dry. Honourable men are driven into outlawry. Eustace Folville is an honourable man - but he ambushes and kills an Exchequer Baron. In the forests and the wastes an alternative outlaw society flourishes, with thugs and schemers and captains and even kings. James Cotterell is King of Peak, leader of the Savage Company. The Sheriff is powerless against such men. But there are men with greater power. The outcome, inevitably, is bloody.

We all know the legend. The question is, are these the real men and women behind the legend?
Read more