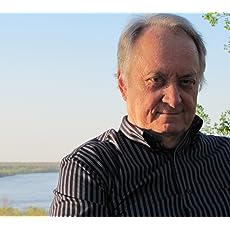 Brief Bio: ROLLAND GOLDEN, nationally recognized artist, resides in Folsom, LA & Natchez, MS.. Golden is listed in many art directories, including WHO'S WHO IN AMERICAN ART and has won countless awards from New York to California. He has had over 100 one-man shows in galleries, cultural centers and museums in the US, as well as one-man touring exhibitions (Invitationals) and, notably, in the (former) USSR in 1976-77, and in France 1993-95. Golden's works are in countless private and corporate collections in the US and abroad and also many museums, including the New Orleans Museum of Art, the Pushkin Museum, Moscow and the Ogden Museum of Southern Art. Golden is a member of many important national art organizations, including the National Arts Club in New York (First Place winner 3 times). He has also juried many prestigious exhibitions. Golden's work is published in numerous art books and magazines, including THE WORLD OF ROLLAND GOLDEN (1970), by Don Lee Keith, AMERICAN ARTIST and their WATERCOLOR magazine; ART IN THE AMERICAN SOUTH, Works from the (Roger) Ogden Collection, as well as SPLASH, AMERICA'S BEST CONTEMPORARY WATERCOLORISTS; EASY SOLUTIONS: COLOR MIXING WATERCOLOR; BEST OF OIL PAINTING; BEST OF WATERCOLOR PAINTING; BEST OF ACRYLIC PAINTING; CREATIVE PORTRAITS and CREATIVE INSPIRATIONS to name a few. 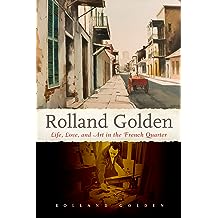 In the early twentieth century, the French Quarter had become home to a vibrant community of working artists attracted to the atmosphere, architecture, and colorful individuals who populated the scene (and who also became some of its first preservationists). Louisiana native Rolland Golden was one of these artists to live, work, and raise a family in this most storied corner of New Orleans. With 94 black-and-white and 54 color photographs and illustrations, his memoir of that life focuses on the period of 1955 to 1976. Golden, a painter, discusses the particular challenges of making a living from art, and his story becomes a family affair involving his daughters and his beloved wife, Stella.

Golden's studio sat in a patio on Royal Street, around the corner from Preservation Hall where old-time musicians played Dixieland Jazz. Golden sketched and painted many of them in a visual style that encompassed realism and gradually developed into abstract realism. Golden recalls work that he did in historic preservation, sketching architecture for publications such as the Vieux Carre Courier, and he discusses his studies with renowned regionalist painter John McCrady. The artist frankly discusses his experiences with the display, representation, and sale of his work, presenting a little-explored and yet crucial part of a working artist's life. The memoir concludes with Golden and his wife traveling to the premiere of his exhibition in Moscow, having been selected by a Russian envoy as the only American artist to have a one-man touring exhibition in the former Soviet Union. Among the nearly 150 black-and-white and color illustrations are never-before-seen photos and sketches by the artist.