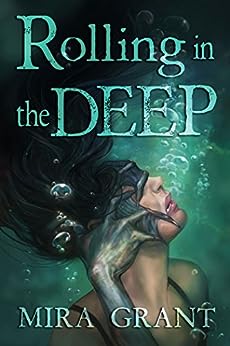 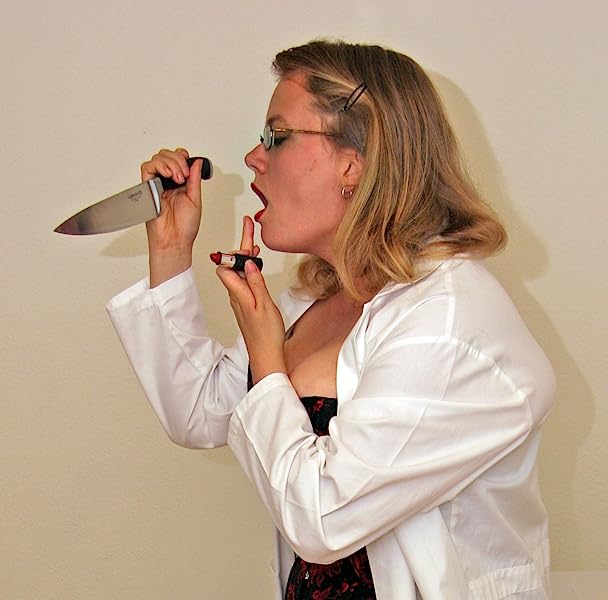 Rolling in the Deep Kindle Edition

Saladin Ahmed was born in Detroit and raised in a working-class Arab American enclave in Dearborn, Michigan. His short stories have been nominated for the Nebula and Campbell awards, have appeared in Years Best Fantasy and numerous magazines, anthologies, and podcasts, and have been translated into five foreign languages. His first novel was Throne of the Crescent Moon. He lives near Detroit with his wife and their twin children.

Rae Carson is the author of the bestselling and award-winning Girl of Fire and Thorns series. Her books tend to contain adventure, magic, and smart girls who make (mostly) smart choices. Originally from California, she now lives in Arizona with her husband.

John Jackson Miller is the New York Times bestselling author of Star Wars: Kenobi, Star Wars: A New Dawn, Star Wars: Lost Tribe of the Sith, and the Star Wars Legends: The Old Republic graphic novel collections from Marvel, among many other novels and comics. A comics industry analyst, he lives in Wisconsin with his wife, their two children, and far too many comic books. --This text refers to the audioCD edition.

When the Imagine Network commissioned a documentary on mermaids, to be filmed from the cruise ship Atargatis, they expected what they had always received before: an assortment of eyewitness reports that proved nothing, some footage that proved even less, and the kind of ratings that only came from peddling imaginary creatures to the masses.They didn't expect actual mermaids. They certainly didn't expect those mermaids to have teeth.This is the story of the Atargatis, lost at sea with all hands. Some have called it a hoax; others have called it a maritime tragedy. Whatever the truth may be, it will only be found below the bathypelagic zone in the Mariana Trench…and the depths are very good at keeping secrets. --This text refers to the hardcover edition.

4.5 out of 5 stars
4.5 out of 5
368 global ratings
How are ratings calculated?
To calculate the overall star rating and percentage breakdown by star, we don’t use a simple average. Instead, our system considers things like how recent a review is and if the reviewer bought the item on Amazon. It also analyzes reviews to verify trustworthiness.

Cheryl Stout
TOP 1000 REVIEWER
5.0 out of 5 stars Prequel to INTO THE DROWNING DEEP
Reviewed in the United States on November 24, 2017
Verified Purchase
I actually read this prequel and INTO THE DROWNING DEEP bass ackwards. I didn't realize until I'd finished (and loved) the book that there was this prequel. So of course I had to read it. You really should read it first to get the full effect of the story.

I enjoyed this story of the first expedition to the Mariana Trench aboard the SS Atargatis in search of elusive mermaids. The book is super. I truly enjoy Mira Grant's books.

I am hoping this will be another series.

Michael Hicks
4.0 out of 5 stars Mermaid Horror!
Reviewed in the United States on November 17, 2017
Verified Purchase
Rolling in the Deep is, essentially, a found-footage horror movie committed to print. The Imagine Network, best-known for its chintzy monster movies and sci-fi programming, is taking a hit in the ratings. Faster than you can say Sharknado, they decide to break into the "hyper-reality" game with a documentary that's every bit as fictional as it is factual. Loaded up with a team of scientists, interns, and a mermaid performance troupe, the Atargatis cruises to the Mariana Trench to debunk or confirm the world's most enduring sea tale - are mermaid's real?

The story is broken down into five sections, each prefaced with a transcript from a documentary about the Atargatis and its missing crew, warning viewers about the footage they are about see...err, read. Whatever. Roughly the first three-quarters of the book are devoted to the various passengers, mostly the ship's captain, the documentary film crew, and the scientists. This is a quick, breezy read, paced well enough to hit the approximate run-time of a longer found-footage flick.

The downside to this, though, is that readers are not given much time to really get to know the people aboard the Atargatis or to really get into anybody's head. Thanks to the rules of found footage stories and the various documentarian notes coming up at regular intermissions, we know perfectly well that the fate of these men and women are sealed. Unfortunately, we're not given an opportunity to really get attached to any of these people, despite the slow burn toward the big finish. But that finish itself? Oh boy, does it ever get going; the mayhem really kicks things up a notch.

Besides the violent, frenetic climax, the thing I most appreciated about Rolling in the Deep was Mira Grant's focus on the science. She's an author who can take mythological premises like mermaids, or horror staples like zombies in her Newsflesh series, and give them enough scientific credibility to make it plausible. Here, we get plenty of discussion of how mermaids would be evolutionarily credible in light of things we already know about deep sea life (the use of bioluminescence and symbiosis in attracting prey, for instance). Personally, I love Grant's knack for taking what might otherwise be little more than a riff on B-movie horror tropes and elevating them with scientific rigor, grounding all that face-ripping, throat-tearing goodness in a measured bit of reality. By the time the monsters make their grand entrance, we're all but primed to accept their existence and welcome them into the world with arms spread wide.
Read more
19 people found this helpful
Helpful
Report abuse

Caitastrophe
5.0 out of 5 stars Seanan McGuire is fabulous under any pen name!
Reviewed in the United States on January 4, 2020
Verified Purchase
Trigger warnings: horror genre level violence, drowning, people getting eaten, ableism against a Deaf character by a minor character, doomed ships.

Oh man oh man oh man oh man this was SO GOOD. I've basically realized I will be buying and reading anything Seanan McGuire ever writes in any pen name, but this was the first Mira Grant book I've gotten too, and it DEFINITELY won't be the last. I'm actually getting the sequel set up and ready to listen via audio as we speak LOL. But yeah, such a fun read with a great framing device in the mockumentery script around the story itself, and I loved how grounded in real science the mermaid concept was. I'm honestly a little bit in shock at how much I enjoyed it. Not THAT I enjoyed it, mind, but occasionally novellas leave me hanging or feel like the pacing is a bit off. But this flowed so so well, and knowing that I have a full length novel waiting for me is just *chef's kiss*.
Read more
6 people found this helpful
Helpful
Report abuse

Paper or Kindle
TOP 1000 REVIEWER
5.0 out of 5 stars Sneak preview
Reviewed in the United States on September 4, 2017
Verified Purchase
There is a new trilogy coming out, of which the first book is Into the Drowning Deep, to be released in late 2017. But back in 2015, this novella was issued. It's like a sneak preview of the upcoming trilogy, and it's very well done. The format doesn't allow for expansiveness, yet enough characters are drawn sufficiently that the reader cares about them, the plot - though simple - is riveting, and there is a truly frightening monster on hand. There are touches of humor along with the horror, enough science to allow the reader to fall naturally into the story, and even a side plot that is fascinating in its own right. The story, about an ill-advised venture to hunt for mermaids in an isolated section of the Pacific, includes the entertainment company sponsoring the voyage, the crew, scientists, and a troupe of professional mermaids with neoprene tails...and the real deal, which is far worse than anyone could have imagined. The upcoming trilogy takes place seven years later and refers back to this debacle, so it's worth reading this novella to see how it all began.
Read more
10 people found this helpful
Helpful
Report abuse
See all reviews