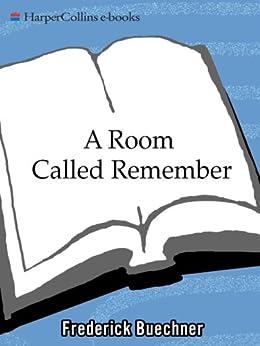 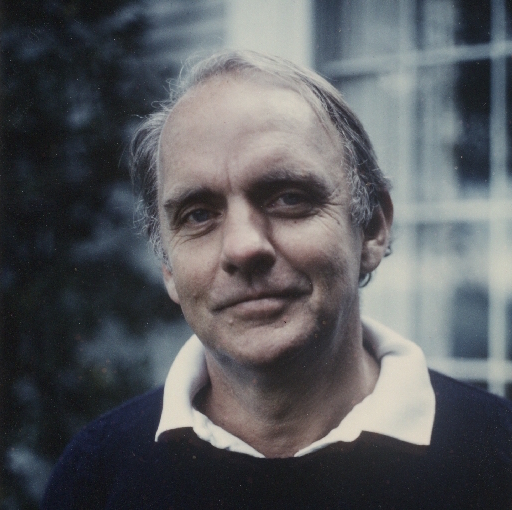 by Frederick Buechner (Author) Format: Kindle Edition
See all formats and editions
Sorry, there was a problem loading this page. Try again.

A Room Called Remember brings together some of Buechner's finest writings on faith, love, and the power of words in the form of essays, addresses, and sermons. Here Buechner explores autobiography as theology, offers exhilarating reflections on biblical passages, and leads us into the "room called Remember," that "still room within us all where the past lives on as part of the present,...where with patience, with clarity, with quietness of heart, we remember consciously to remember the lives we have lived."

“[Buechner is] one of our most original storytellers...[His] reader...feels as if he is being addressed in an extraordinarily personal way. Intimate, dignified and wryly humorous, Buechner’s voice turns us into listeners.” -- USA Today

“No one is better than Buechner at intertwining the stuff of faith, the gritty details of life ‘in the real world,’ and the witness of personal quest.” -- Presbyterian Survey

Sermons, lectures, and articles by one of today's finest writers and preachers. --This text refers to the paperback edition.

Frederick Buechner, author of more than thirty works of fiction and nonfiction, is an ordained Presbyterian minister. He has been a finalist for both the Pulitzer Prize and the National Book Award and was honored by the American Academy of Arts and Letters. His most recent work is Beyond Words: Daily Readings in the ABC’s of Faith.

Frederick Buechner (pronounced BEEK-ner) is an American writer and theologian. He is the author of thirty-six published books and has been an important source of inspiration and learning for many readers. His work encompasses many genres, including fiction, autobiography, essays, sermons, and other nonfiction. Buechner’s writing has often been praised for its ability to inspire readers to see the grace in their daily lives.

Buechner has been a finalist for the Pulitzer Prize and the National Book Award, and has been awarded eight honorary degrees from such institutions as Yale University and the Virginia Theological Seminary. In addition, Buechner has been the recipient of the O. Henry Award, the Rosenthal Award, the Christianity and Literature Belles Lettres Prize, and has been recognized by the American Academy and Institute of Arts and Letters. He has been called a “major talent” by the New York Times, and “one of our most original storytellers” by USA Today.

Two new Frederick Buechner books are available for purchase: A Crazy, Holy Grace: The Healing Power of Pain and Memory and The Remarkable Ordinary: How to Stop, Look, and Listen to Life. To learn more about Frederick Buechner and his works, visit www.frederickbuechner.com.

Mark Carter
5.0 out of 5 stars A worthy read for the pondering heart
Reviewed in the United States 🇺🇸 on June 1, 2015
Verified Purchase
This is a book I return to multiple times in my life for hope with regard to hard memories. Buechner leads the reader through graceful reflection and contemplation of the unseen pain so many of us carry. This book is not a fast read because of the rich and full use of language. Beuchner writes in style and thought in a way that invites the reader to stay with him as the reader may make welcome application for the sake of healing memories.
Read more
2 people found this helpful
Helpful
Report abuse

Myron Sharp
4.0 out of 5 stars A book of sermons.
Reviewed in the United States 🇺🇸 on December 14, 2015
Verified Purchase
I think this is a book of sermons and some, not all, are very poignant. He makes some points that I have thought of or read of before. If you are the religious student I think you would enjoy this.
Read more
3 people found this helpful
Helpful
Report abuse

Amee
5.0 out of 5 stars Lovely book
Reviewed in the United States 🇺🇸 on October 17, 2014
Verified Purchase
Very beautifully written book. Lots of heart and thought was put into these writings. It offers a different perspective of spirituality and faith. Sometimes that's all you need is another perspective of the things you already know to be true. This author teaches in a calm manner that is very easy and entertaining to follow. It's a great book and I think it would make a great gift to yourself or someone you love.
Read more
3 people found this helpful
Helpful
Report abuse

AmazonFan
5.0 out of 5 stars Buechner, the author, is a wonderful man of God
Reviewed in the United States 🇺🇸 on August 6, 2019
Verified Purchase
This is my favorite theologian, writing about his life and what he understands about God. It's on my level. Very meaningful.
Read more
2 people found this helpful
Helpful
Report abuse

rewp
5.0 out of 5 stars An Amazing Writer
Reviewed in the United States 🇺🇸 on January 8, 2011
Verified Purchase
When I first read something by Frederick Buechner, it was in a collection of many different writers. I was immediately drawn to his writing. I checked out several of his books from my library and found him consistently good. Perhaps it's because he frequently brings up questions and doubts that I have that makes me feel like he's speaking from his heart. I've bought this book both for myself and for others.
Read more
4 people found this helpful
Helpful
Report abuse

Susan Mills
5.0 out of 5 stars Moving book by Frederick Buechner.
Reviewed in the United States 🇺🇸 on October 23, 2016
Verified Purchase
Buechner is a wonderful writer. I've read nearly everything he has written and I've been impressed with each and every book. He writes deeply and movingly of the human condition with a Godly perspective.
Read more
3 people found this helpful
Helpful
Report abuse

Betty,
5.0 out of 5 stars Another beautiful Buechner
Reviewed in the United States 🇺🇸 on March 22, 2019
Verified Purchase
What a wonderful scholar and teacher this man is.
Read more
2 people found this helpful
Helpful
Report abuse
See all reviews

Tsima
4.0 out of 5 stars Good Read
Reviewed in Canada 🇨🇦 on June 19, 2013
Verified Purchase
This book is very thought provoking and a great inspiration for the Christian walk.
It's a compilation of Buechner's messages/thoughts but put together with a nice flow.
Read more
Report abuse
See all reviews
Report an issue
Does this item contain inappropriate content?
Report
Do you believe that this item violates a copyright?
Report
Does this item contain quality or formatting issues?
Report