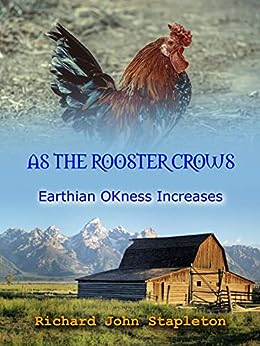 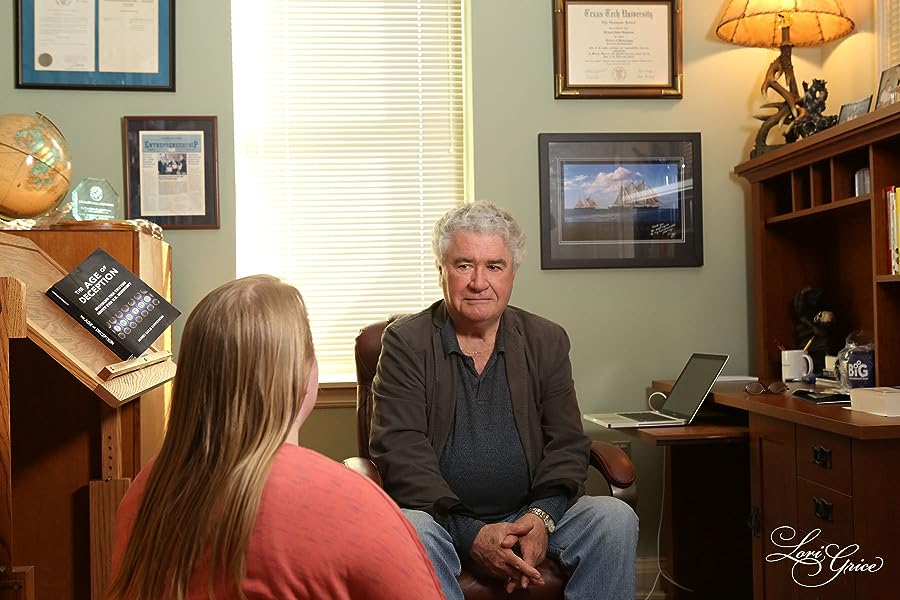 by Richard John Stapleton (Author) Format: Kindle Edition
See all formats and editions
Sorry, there was a problem loading this page. Try again.

This novel is about a fictional management professor and consultant Dr. Rout Logger who secured funding from wealthy donors for an on-going discussion process that was conducted in central city hotels in randomly-selected cities of the US on the first Saturday of the month starting in October 2019.

Forty participants were randomly-selected from pools of USian citizens based on demographic criteria designed to maximize diversity among the group members, including members living in and identified with widely divergent psychological, social, economic, political, religious, educational, and philosophical states of affairs.

The major purpose of the process was to increase the OKness of the group members by forcing them to engage in rational Adult ego state democratic discussions of serious problems facing all Earthian humans. The group members were paid five thousand dollars per Saturday session in which they participated. The meetings entailed morning and afternoon sessions of three hours. Each session was started by a roulette-like spinner, a copper rooster, called the Truther rooster, that would spin and crow when twirled. Whomever was sitting at the end of an imaginary straight line of fire extending from the rooster's beak to the circle of forty participants would be randomly selected as the Leader of the Moment, proving true democracy can happen. Each Leader of the Moment was required to answer three existential questions: What do you think is the most serious problem right now? what do you think the alternatives are for dealing with the problem? and what do you recommend for dealing with the problem?

The process lasted six months, to March 2020. Rout told the group members at the outset that the process might be continued for a year or more. Instead, it was terminated after the March meeting because of Covid-19.

Rout was convinced the process did increase the OKness of the group members in six months. How much would be impossible to prove but he was convinced their OKness level went up, as he defined OKness. His donors were also convinced OKness increased based on data and information Rout furnished them. Rout used some transactional analysis lingo and jargon in the process but he also explained how it could be understood by all members. The story ended with Rout and his donors working on a new computer-based Game-free democratic discussion system based on zoom technology that could be rolled out around Spaceship Earth.

Richard John Stapleton, PhD, CTA when he retired in 2005 was the Senior Professor of Georgia Southern University that year. He invented a Classroom De-Gamer(TM) in 1978 after joining Georgia Southern in 1970 as an associate professor of management. He would spin the spinner of the De-Gamer in his classes to randomly select a student at the beginning of each class session to lead a discussion of the case assigned for that day, a case taken from a real business prepared by professional casewriters at Georgia Southern, Harvard, Stanford, and the University of Alabama. Grades were based eighty percent on class participation; the rest of the final grade was based on two case write-ups. He learned how the case method works teaching with Bernard Bienvenu, DBA and Rexford Hauser, DBA (Harvard Business School doctorates) at what is now known as the University of Louisiana-Lafayette in 1969-70. He has published refereed journal articles and books explaining how his democratic Game-free Adult-Adult I'm OK-You're OK case method system works, by banishing Persecutors, Rescuers, and Victims playing psychological Games from the teaching and learning process, first documented in an article titled The Classroom De-Gamer he published in 1978 in the Transactional Analysis Journal. He studied TA with Martin Groder, MD; Graham Barnes, PhD; Vann Joines, PhD; and many others at the Southeast Institute at Chapel Hill, North Carolina (1975-1978). He has degrees in economics, organizational behavior, and management science from Texas Tech University (1962-1969), and an organizational and educational certification in transactional analysis from the International Transactional Analysis Association (1978). After retiring at Georgia Southern in 2005 he and his wife Debbye founded Effective Learning Company, Stapleton Learning Company, and Effective Learning Publications in downtown Statesboro, Georgia. Debbye has been voted the best math tutor in Statesboro and still tutors several hours per week. Richard writes and edits the Effective Learning Report and has written and published four books and scores of articles on the Internet since 2005 at www.blog..effectivelearning.net. --This text refers to the hardcover edition.

Richard John Stapleton, PhD, CTA is an emeritus professor of business policy, ethics and entrepreneurship and a certified transactional analyst. He writes on business and politics at www.effectivelearning.net.