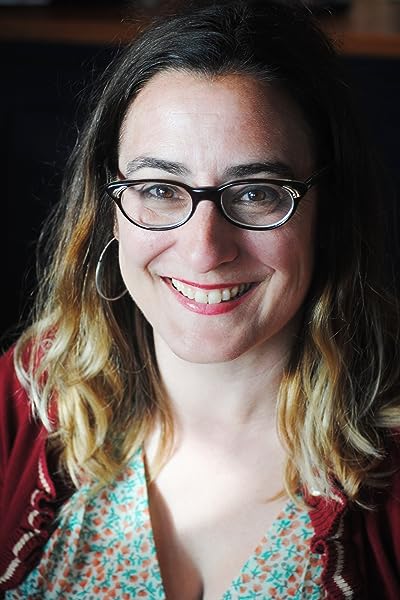 Gr 7-10–Rose wears all black, drinks her coffee black, and views the world as black during her friendless fall semester of ninth grade. She only feels truly alive when she dances, but dancing doesn't come easily in New York City's high-pressure High School of Performing Arts. It's 1982, with political tensions between the U.S. and USSR running rampant. When her neighbor whom she has never spoken to, a Russian teen named Yrena, sneaks into her bedroom window, Rose embarks on an adventure that not only brings new friendships, but also opens her eyes to the world around her and to the value of her own talents. The protagonist is a complexly layered character who suffers from crippling sensitivity, and her difficulty feeling at home in her body will resonate with teens. She is honest, funny, and completely authentic, and it is magical to see her dark world bloom with color. Her former best friend is similarly well drawn; Castellucci depicts Daisy's unbelievable meanness and manipulation, and the pain it causes Rose, without giving their story a happy ending. Unfortunately, the 1980s setting is unclear in the early chapters, and some youngsters might feel at sea when Reagan-era politics pops up in a novel that feels contemporary. Aspects of the plot seem undeveloped, such as Yrena's near-imprisonment in her own home. However, the prose is poetic and rich. Advanced readers will glide and pirouette through this delightful novel.Jess deCourcy Hinds, Bard High School Early College Queens, Long Island City, NY
© Copyright 2010. Library Journals LLC, a wholly owned subsidiary of Media Source, Inc. No redistribution permitted.

Bronx teen Rose, defined by friendlessness and ballet, is moping alone as usual one Friday night when the girl who lives in the Russian-inhabited apartment complex next door sneaks through her window. Yrena wants to experience normal American teen life, and Rose impulsively decides that she might be able to show her. They head to a party downtown and make friends with some unattainably cool kids from Rose's performing-arts school as they embark on that timeless teen rite of passage: the all-night caper, fueled by exhilaratingly ignoring the trouble they'll be in tomorrow (though, admittedly, it being the Cold War and having the KGB and CIA involved make their particular trouble a little hotter). Castellucci (Beige and The Plain Janes, both 2007) works with her familiar raw materials of artsy outsider kids and the group dynamics of teen friendship. She really doesn't have an un-hip strand in her writer DNA and proves that even a story set in 1982 with its legwarmers and Reagan-bashing can still feel fresh. Grades 9-12. --Ian Chipman

Cecil Castellucci grew up in New York City and is the author of the young adult novels Rose Sees Red, Boy Proof, The Queen of Cool, and Beige, as well as the comic books The Plain Janes and Janes in Love. Currently, Cecil Castellucci lives in Los Angeles. You can learn more about her at www.misscecil.com and via her blog, castellucci.livejournal.com.
Read more

Start reading Rose Sees Red on your Kindle in under a minute.

Danielle
3.0 out of 5 stars Good but I wish it was longer
Reviewed in the United States on August 12, 2013
The Russian history class I took in the latter half of my freshman year of college was my favorite of the year, and since its end I've been mourning the loss of my semiweekly acquisition of knowledge of the country. For that reason, I'm glad I kept Rose Sees Red unread until after the class was over, since my newfound knowledge of the Soviet era made this book even more interesting. However, I do prefer this book for giving insight into the lives of such normal people during the time, rather than just a history lesson. From the outset, when Rose and her brother obsess over the mysterious Yrena, it's clear that there's a strange sort of tension between the characters, but because they carry on with their lives as normal, the tension takes more of a backseat. I love that it did, because while the popping up of other Soviet characters makes their adventure more dangerous, their interactions throughout the night really are the best part of the story.

I love books that take place over a short period of time, but I miss New York City an unspeakable amount, so reading about the girls' late-night adventure was rather bittersweet. I loved seeing all the stuff they went around doing, especially since even the politically-charged events never managed to overshadow Yrena's awe of the city or Rose's awe of being around a new group of friends. However, like all books set over a short amount of time, I do so wish there was more. The time before the night began never managed to fully convince me of why Rose was such an outcast at her high school or show me the extent of her damaged relationship with her old friends, which became a rather important detail. Plus, because some people show up so late or sporadically in the adventure, I didn't get a good chance to see their relationship with Rose and Yrena develop beyond the promise of something greater after the book ended.

I love that this book provided such a brief but powerful look into the lives of two girls who were never meant to befriend one another, but its brevity still meant that so many characters and relationships weren't developed to their fullest potential, and I truly wish I got to see the friendships blossom into even greater things.

There are certain things Rose has learned living next to the Soviet compound in the Bronx, New York, in 1983. How to tell the KGB from the CIA, for instance (it's all in the eyebrows). Also, that world powers can act an awful lot like children.

Not that Rose cares all that much. Tagging the suits as KGB or CIA is fun, as is watching Yrena, the Russian girl next door. But Rose has other things to worry about: school at the Performing Arts Academy, avoiding former best friend Daisy, et cetra.

Rose sees the world right now as being black-no friends, no hope, and the Cold War raging on.

Nothing like a night on the town with people she barely knows to bring some color into it, eh?

Out of the one-nighter sort of books I've read, I think this one may be my favorite. I adore Rose. I adore her frankness, I adore her real-ness, I adore the way that she cares about the Cold War without being an international affairs buff. I adore her friends. I love Caleb to death. The characters as a whole are original, real, and refreshing-people I'd want to spend time with.

Not to say they're all nice people, of course. There's got to be someone awful and nasty. Daisy, in the case of Rose Sees Red. Still, while she's mean and nasty and all, she still brings something to the table-she evokes memories of mean and nasty people I've met, and presents some interesting challenges for Rose herself.

The tale itself is gripping. There's a decent amount of set-up time before the story takes off, but it's nothing terribly long and once it really got going, I could hardly put the book down. Set in 1983, it's still relevant to now, and easily relatable. After all,it's not like the Cold War was really that long ago, even if, well, at least four countries that existed at the time are no longer. Maybe the Soviet Union ceased to exist in 1990, but teenagers didn't.