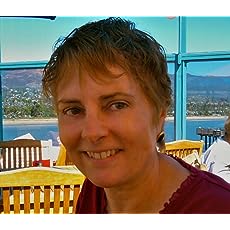 Rosemary West is an educator, linguist, and writer working in the Pacific Northwest. She holds a Bachelor's degree in Languages and Cultures and a Master's Degree in Linguistics. Married over 30 years and trained as a Gottman Seven Principles Educator, she explores the ups and downs of relationships at her blog, For Better - Or What? Go to: http://www.forbetterorwhat.com, or follow on Twitter @ForBetterOrWhat.
Read more 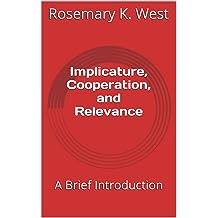 Implicature, Cooperation, and Relevance: A Brief Introduction Aug 31, 2015
by Rosemary K. West
$0.99
People generally imagine that they say what they mean and mean what they say. But a 100% match between the literal meaning of an utterance and speaker’s intended meaning is not as common as we may imagine. Implicature is a term which refers to utterances in which the speaker’s complete meaning cannot be derived solely through semantics. This article examines how speakers create implicatures and how hearers interpret them.
Read more 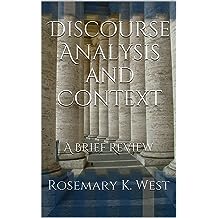 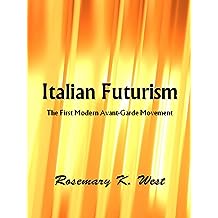 Italian Futurism: The First Modern Avant-Garde Movement Aug 23, 2015
by Rosemary K. West
( 3 )
$1.99
The early 20th century is often referred to as an age of isms. There was a great proliferation of political, literary and artistic movements throughout Europe, all aimed at changing some aspect of society. There were so many of these ideas all emerging and developing in such a short period, that today we often just lump them together under the heading of modernism.
But for some people, modernization just wasn't happening fast enough. A group of Italian writers and artists who called themselves Futurists were frustrated by the sense that Italy was stuck in the past. They felt that Italian culture was stagnating, still resting on accomplishments that dated back to the Renaissance.
So they decided to shake things up.
Equating museums and libraries with cemeteries, calling for the destruction and rebuilding of cities, and demanding the removal of pasta from the Italian cuisine, Futurism was positioned as a total rejection of the past with the goal of replacing nearly all of contemporary culture with a completely original design for the future.
Italian Futurism was very much a product of its time and place. The social, political and intellectual atmosphere of Europe was generating excitement, upheaval, and all kinds of creative ideas. The past gave the Futurists something to rebel against. The present gave them motivation. All the different schools of thought that were developing around them were interacting and inspiring each other to go even farther and do even more. Futurism was often crazy and over the top, but it was the first organized avant-garde movement of the 20th century.
Although Futurism as an organized movement was over before the end of World War II, its influences on modern culture continue to be seen in product design, publishing, architecture and contemporary art.
Read more
Other Formats: Paperback 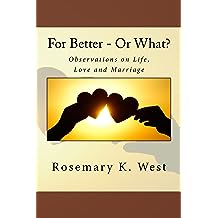 For Better - Or What?: Observations on Life, Love, and Marriage Sep 20, 2016
by Rosemary K. West
( 3 )
$4.99
An insightful look at the dynamics of great relationships, with smart, simple advice on how to improve a good relationship or save one that is headed for trouble. West draws on her own 30-year marriage as well as her training and research, coming up with positive ways to approach problems, resolve disagreements, and strengthen emotional bonds.
Read more
Other Formats: Paperback 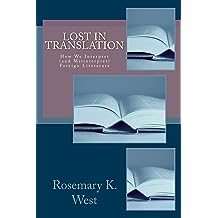 Lost in Translation: How We Interpret (and Misinterpret) Foreign Literature Sep 2, 2015
by Rosemary K. West
$0.99
When we study another culture and its literature, most of us are almost entirely dependent on the work of translators. Whether we are examining a particular subject in depth or simply for pleasure, we want and expect that the translation will be accurate. But what does “accurate” really mean?

Translation is not a mechanical process with a fixed outcome, but a combination of skill and at. The translator must be able to make informed decisions and choose among options whose differences may be subtle. Working with the same source text, different translators will make different choices, influenced by their skill levels, backgrounds, preferences, and perceptions.

Using the challenges of translating Italian into English as a starting point, this books examines the many considerations that inform the translator's art.
Read more
Other Formats: Paperback 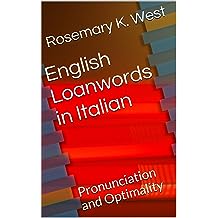 English Loanwords in Italian: Pronunciation and Optimality Sep 1, 2015
by Rosemary K. West
$0.99
This article looks at how English loanwords are processed by Italian speakers. The basic phonemes and syllable structures of the two languages are compared. The rule-based model of generative morphology is not sufficient to explain how well-integrated loanwords are pronounced. Optimality Theory provides a model for predicting the output generated by a particular input.
Read more 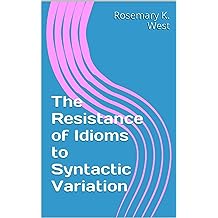 The Resistance of Idioms to Syntactic Variation Aug 23, 2015
by Rosemary K. West
$0.99
Idiomatic expressions are conventionalized phrases with idiosyncratic meanings. Familiar examples include "Kick the bucket" and "Let the cat out of the bag." Unlike non-idioms, most idioms cannot be rearranged or rephrased without losing their meaning. This overview introduces linguistics students to some of the theories that attempt to explain why idioms are so rigid.
Read more 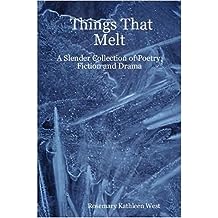