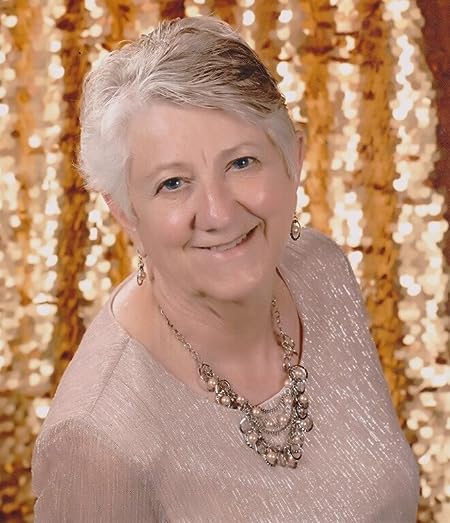 Some of my fondest memories of childhood include going to the library. I liked to read books that were part of a series. My favorites included Little House on the Prairie, Doctor Doolittle, and Pipi Longstockings. When my daughter learned to read, she too gravitated toward fictional series. Her all-time favorite was The Babysitter's Club. Reading a series gives you a chance to go beyond the end of the book and into the next one. When you love the characters, you want the story to go on and on.

When I began writing The Handy Helpers, I knew that I wanted it to be a series, and that I will keep writing as long as I have readers who want more. I love my characters. Sometimes I am surprised by what they do, but they always come through in the end, and make me proud. Most of my characters live in Christian homes where they go to church, pray, and read the Bible. I think that Christian kids should be able to read about characters who are like them. Even though they make bad choices sometimes, they learn and grow just like we all do. 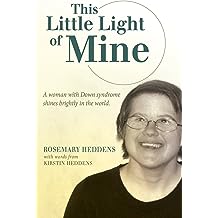 This Little Light of Mine: A Woman with Down Syndrome Shines Brightly in the World. Aug 2, 2012
by Rosemary Heddens
( 3 )
$3.99
Born in 1975, Kirstin Heddens entered a world where parents were being encouraged to place children with Down syndrome in institutions. But that world was beginning to change, with deinstitutionalization movements and the passage of laws requiring public education for all students. Able to grow up at home with her family, Kirstin enjoyed a typical childhood, attended public school with her peers, and went on to seek her own version of the American dream. For her family, it meant being introduced to a whole new world, the world of those with developmental challenges. For her mother, Rosemary, that resulted in the pursuit of a career in special education, which has filled her life with joy for nearly thirty years. For her father, Craig, it meant being involved in Special Olympics and later becoming the sponsor of a self-advocacy group as well as being his daughters strongest supporter and advocate. Together as a family, they have faced the challenges presented to them with love and determination. Rosemary tells their story in a warm, compassionate, and often humorous way. She presents not only the challenges faced by this special group of individuals as they pursue their dreams, but also the gifts and talents they have to share with the world.
Read more
Other Formats: Hardcover , Paperback 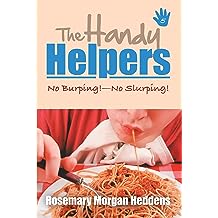 The Handy Helpers: No Burping!—No Slurping! Mar 13, 2019
by Rosemary Morgan Heddens
( 1 )
$3.99
In this book, Laura is presented with an opportunity to do something that will make a difference. Challenged by her teacher to “Be the change you wish to see in the world,” (Mahatma Gandhi), she reaches out to a lonely woman who works in the cafeteria. The affects of this act go far beyond what she could ever have anticipated.

Every day, we are called by God to join with him in small acts of holiness. When we respond to those calls, we are able to bring about amazing changes in the lives of others. It is my hope and prayer that when we hear that small voice, we will act according to God’s will. It is in this way, we will change the world.
Read more
Other Formats: Paperback 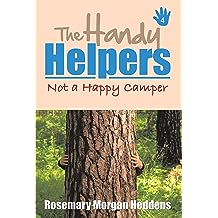 The Handy Helpers: Not a Happy Camper Oct 6, 2017
by Rosemary Morgan Heddens
( 10 )
$3.99
The Handy Helpers are excited about going to summer campthat is, everyone except Beth Anne. Her parents want her to go to a free camp for children with disabilities. Beth Anne begs them to let her go to camp with her friends. Finally, her parents admit they dont have enough money to pay the camp fees. With help from some of the seniors, the Handy Helpers are able to raise the money Beth Anne needs. So why has Beth Anne suddenly changed her mind and wants to go to the special camp after all?

I would give this book a five-star rating because the children are so kind and humble. I love how Beth Anne is generous and selfless to everyone. I would recommend this book to anyone. I love how each story has a moral to them, and shows you how to be a great friend.
- Morgan Damschen

I think its so sweet how they all really need each other, but some of them dont see it at first because they are afraid of being hurt. But it all works out in the end. I love all the funny little things that happen to all the kids while reading about their escapades. Once I start reading, I dont want to put the book down.
- Sadie Mullins

I like Spike because hes a lot like me. I think hes funny, and I like how when he does do something he shouldnt, he gets it and makes it right.
- Wylie Mullins


Its cool to see the way they help each other and have fun doing it. I also like that this series brings up going to church, and that God plays an important role in their lives. Ive grown up going to church, and I can relate to the Handy Helpers making church a part of their lives. I think Handy Helpers is a great series to read and reread.
- Sierra Mullins
Read more
Other Formats: Paperback 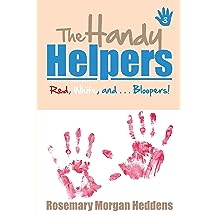 The Handy Helpers: Red, White, and . . . Bloopers! Nov 7, 2014
by Rosemary Morgan Heddens
( 2 )
$3.99
Its summer, and all Spike wants to do is go fishing with his friends, but his parents keep loading him up with chores. To make matters worse, his sister Jennifers boyfriend, Todd, seems to be making it his personal mission to ruin Spikes summer. Spike fights back in his usual waywith sneaky pranks. While trying to get even with Todd, Spike accidently pranks the mayor. Ordered to do community service, Spike thinks his fun is over. Thats when a new adventure begins with helping Gus build a forest trail and ends with a daring night rescue of two small children from a forest fire.
Read more
Other Formats: Paperback 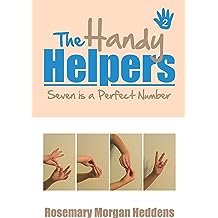 The Handy Helpers, Seven Is a Perfect Number Apr 4, 2014
by Rosemary Morgan Heddens
( 4 )
$3.99
While Melissa is laid up with the chicken pox, Laura and Amber meet Doris Duncans granddaughter, Beth Anne, who has Down syndrome. They invite Beth Anne to take Melissas place as a volunteer at the senior center. When grouchy Mrs. Henry breaks her hip, the girls are called on to lend a hand. Laura and Amber reluctantly agree and take Beth Anne along. Though shes afraid of Mrs. Henry at first, Beth Anne soon becomes her companion, even helping Mrs. Henry get out of her wheelchair. In the meantime, Melissas jealousy comes into play as Beth Anne asks to become a permanent member of The Handy Helpers.


Reader comments
I would give this book a five star rating and would highly recommend it to everyone. I like the relationships that each character forms with Beth Anne. I also think some of the situations they get into are so funny but real life like. I love the great moral values talked about in the book. It inspires me to want to start a Handy Helpers group myself. -Sadie Mullins
Read more
Other Formats: Paperback 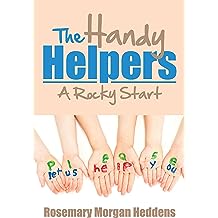 The Handy Helpers: A Rocky Start Sep 13, 2013
by Rosemary Morgan Heddens
( 2 )
$3.99
Amber and her two friends only attend the shuffleboard tournament at the senior center to support their neighbor, Betty Jenkins. Imagine their surprise when they discover that three boys from their class are junior volunteers there. Certain that anything three boys can do, three girls can do better, they sign up to be volunteers as well. What starts out as good-spirited rivalry turns ugly as each group tries to outdo the other. After several warnings from Mrs. Snow, the volunteer coordinator, the two groups resort to sabotage. Will this be the end of the junior volunteers or will they figure out a way to work together? Maybe the seniors have a few tricks of their own to help smooth out this rocky start.
Read more
Other Formats: Hardcover , Paperback