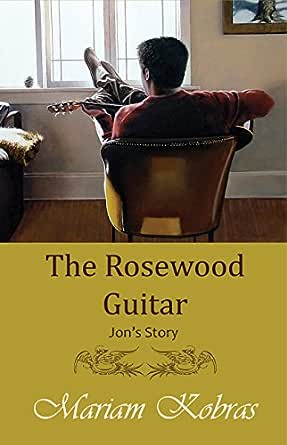 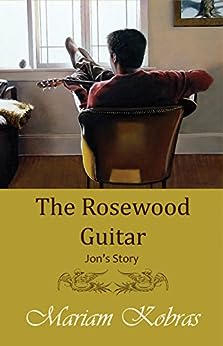 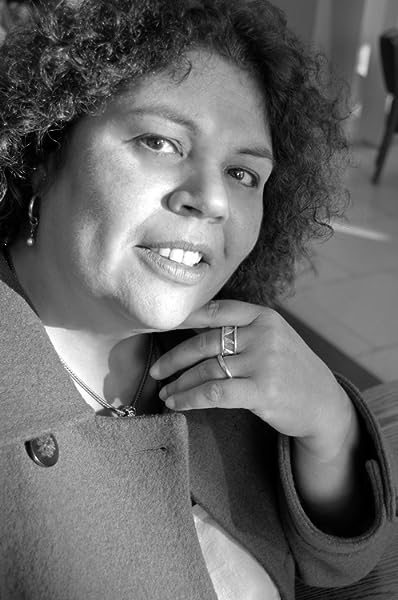 Three-time IPPY Award winning author Mariam Kobras was born in Frankfurt, Germany. Growing up, she and her family lived in Brazil and Saudi Arabia before settling in Germany. Mariam attended school there and studied American literature and psychology at Justus-Liebig-University in Giessen. Today she lives and writes in Hamburg, Germany, with her husband, two sons, and two cats. --This text refers to an out of print or unavailable edition of this title.

addicted to romance
5.0 out of 5 stars Superstar
Reviewed in the United States on February 25, 2015
Verified Purchase
This is my favorite of the five books Mariam has published to date. Again, I love Mariam's ability to bring you into the characters feelings and the story's setting with her wonderful descriptive writing. This is John's story from his yearning beginnings as a musician in New Jersey, through his journey to and rise to superstardom; and into the early days of his relationship with Naomi. The author writes with such a completeness that you can envision taking parts of her books and using them for a short story in their own right. I love re-reading her books.
Read more
One person found this helpful
Helpful
Comment Report abuse

Ranay Thompson
4.0 out of 5 stars She's done it again!
Reviewed in the United States on February 27, 2015
Verified Purchase
Another excellent work of art by Mariam Kobras- such talent. I loved it so much I can't wait to read, yet again, the Stone series and enjoy the unfolding of the rest of their story. The Rosewood Guitar is full of so much creativity and art. It made me want to listen to beautiful music the whole time I was reading. As someone who enjoys playing the piano, singing and has a love of music in general, I thoroughly enjoyed how much I could relate and get lost in the beautiful words of this book, even in a small way with my limited knowledge and talent. I said it before, and I'll say it again- you've done it again! Excellent read!
Read more
One person found this helpful
Helpful
Comment Report abuse

Bonnie L Valdez
5.0 out of 5 stars The beginning of Jon...and Naomi
Reviewed in the United States on July 26, 2019
Verified Purchase
I have loved The Stone Trilogy from the first. I bought The Rosewood Guitar recently, in preparation of rereading the series again. Marian Kobras doesn't disappoint with this prequel. Ms. Kobras has the ability to put you in Jon's mind and his heart as he finds his way to Naomi. She makes me love Jon even more.
Read more
Helpful
Comment Report abuse

Ellie Dias
5.0 out of 5 stars "The ribbon of melody was almost tangible, a silver ...
Reviewed in the United States on March 11, 2015
Verified Purchase
"The ribbon of melody was almost tangible, a silver thread floating on the breeze and all he had to do was reach out and touch it as it danced over the lacy surf." Lyrical and poetic through and through, Mariam's, "The Rosewood Guitar, Jon's Story" has all the necessary ingredients to be among her other successful books. Once you have finished Jon's Story, if you have not already read it, you must experience her Award Winning IPPY Bronze Medal for Romance,The Distant Shore.
Read more
One person found this helpful
Helpful
Comment Report abuse

LindaKS
5.0 out of 5 stars A Melodious Journey
Reviewed in the United States on March 1, 2015
In beautiful prose, Mariam Kobras tells the story of Jon Stone and how his skyrocketing success as a musician contrasts with his growing discontent and loneliness.

“The gentle breeze brought the sent of the ocean and the flowers into the workshop, where it mingled with the smell of wood and glue. The wind chimes rang softly, and when [Jon] listened carefully, they almost sounded like the silver laughter of a fairy, like the echo of laughter in a hidden glade…Dust motes were dancing lazily in the sunbeams falling through the large, slightly grimy window, and from afar they could hear the bustle of the promenade. Jon sat with the rosewood guitar on his knees, touching the smooth wood over and over, tracing the grain with the tips of his fingers. It reminded him of the surf at sunset; copper curls and whirls, golden lines woven through them. He loved the instrument. Its sound was like molten honey, sweet and soft, each tone a melodious statement.”

Faye
4.0 out of 5 stars Mariam Kobras delivers yet again
Reviewed in the United States on February 28, 2015
The Rosewood Guitar gives readers a chance to go back in time and experience the early rise of the career of renowned musician Jon Stone, one of the two main characters in Mariam Kobras' wildly popular, award-winning Stone Trilogy series. Readers who fell in love with Jon and Naomi and their unusual love story when they read the trilogy now get the chance to glimpse Jon in his youth, learn about his early loves and losses, and get a sense of how things developed to the point where the romantic fireworks started exploding in the trilogy itself. Readers who haven't read the trilogy yet can start with the prequels knowing that much more awaits in the trilogy.

Kobras has special feeling for lyrical, sensual prose -- her books are beautifully descriptive. She also creates powerful characters that stay with you long after you've read her books. The Rosewood Guitar will find you flipping eagerly through the pages as the tension builds toward that one moment you've been waiting for since the first page...the words that "start" it all. But I won't spoil it by telling you what those words are - you have to read the book!
Read more
One person found this helpful
Helpful
Comment Report abuse
See all reviews

Rossie
5.0 out of 5 stars wonderful, 5 beautiful stars
Reviewed in the United Kingdom on February 25, 2015
Verified Purchase
There is a special beauty about The Rosewood Guitar, as also with Waiting for a Song (Naomi's story) if you have not read the story of Jon Stone and Naomi Carlsson from The Stone Trilogy, then this is a treat to know what went before.
If you have already read The Stone Trilogy then this is simply a wonderful bonus.

Mariam Kobras writes with a beautiful, flowing tempo, weaving a story and drawing you into the pages. That when you arrive at the last word on the last page you feel bereft, wanting more. Simply a perfect read. For me, every book was a well deserved 5 star and this book did not disappoint.
Read more
3 people found this helpful
Report abuse

Gill M
5.0 out of 5 stars Didn't Want It To End
Reviewed in the United Kingdom on January 5, 2016
Verified Purchase
This is the fourth book of Mariam's I have read having previously read all three in the Stone trilogy so was eagerly anticipating the prequel & I was not disappointed it is a wonderful story about Jon Stone telling how he came to be the famous rock star, his journey & everyone he meets along the way it has been fascinating to read about his early life, the highs & lows of his early career which takes the reader on a journey from small clubs to stadiums
Mariam is a wonderful writer & this is a real page turner, I was sorry to reach the end of the book
Read more
One person found this helpful
Report abuse