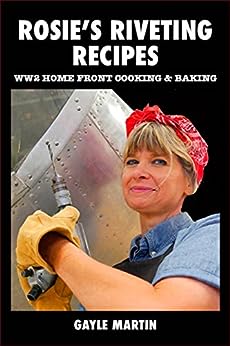 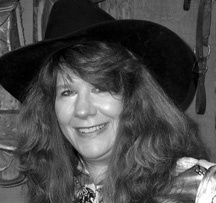 by Gayle Martin (Author), Cynthia Roedig (Editor) Format: Kindle Edition
See all formats and editions
Sorry, there was a problem loading this page. Try again.
Imagine the government telling you how much meat or chicken you could buy, or how much sugar or flour you could have. Strange as it may seem, at one time it actually happened. During WW 2, the United States government devised a food rationing program to help insure that every family would have enough to eat. Rosie’s Riveting Recipes gives a glimpse into life on the WW 2 home front. A cookbook and a history lesson in one with more than 180 economical, back-to-basics World War 2 ration recipes with short tales of life on the American home front interspersed throughout.

"Recipes sprinkled with interesting home-front history. A wonderful supplement for back-to-basics cooking and bringing the yesterday back to the present." -- Margaret A. Turley, R.N., editor, Cauldron of Love, Writers Unite to Fight Cancer Cookbook --This text refers to the paperback edition.

Gayle Martin started her career as a graphic designer and artist. She began writing in 2005 with her first book, "Anna's Kitchen: a Compilation of WWII Ration Recipes That You Can Create in Your Kitchen Today." Her next book, "Gunfight at the O.K. Corral: Luke and Jenny Visit Tombstone," was the first installment in her Luke and Jenny series of historical novels for young readers. Published by Five Star Publications, Inc., "O.K Corral" was an honorable mention at the 2007 Hollywood Book Festival. The second book, "Billy the Kid and the Lincoln County War: a Luke and Jenny Adventure," was a finalist in the 2007 Indie Book Awards of Excellence. The third and final book in the Luke and Jenny series, "Riding with the James Gang: a Luke and Jenny Adventure," was released in 2010.

Gayle currently resides in Tucson, Arizona, and in her spare times she enjoys music, photography and traveling.