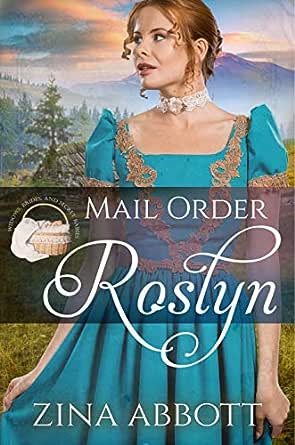 You've subscribed to Widows, Brides, and Secret Babies! We will preorder your items within 24 hours of when they become available. When new books are released, we'll charge your default payment method for the lowest price available during the pre-order period.
Update your device or payment method, cancel individual pre-orders or your subscription at
Your Memberships & Subscriptions
There was an error. We were unable to process your subscription due to an error. Please refresh and try again. 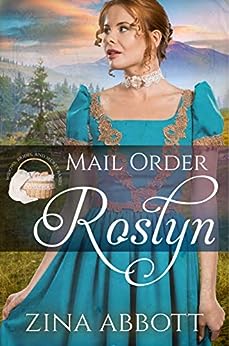 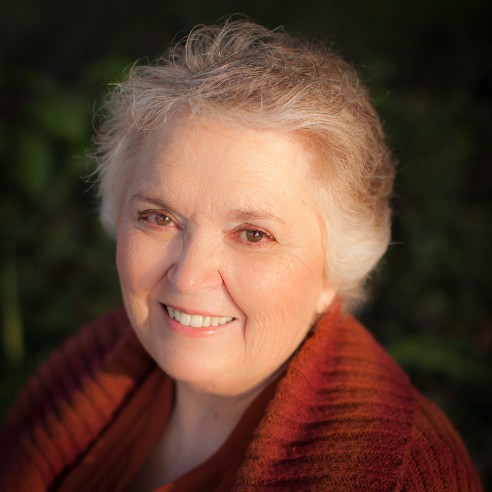 Your guide to mental fitness.
Kevin Hart breaks it all down. Listen free with trial
click to open popover
Books In This Series (25 Books)
Complete Series 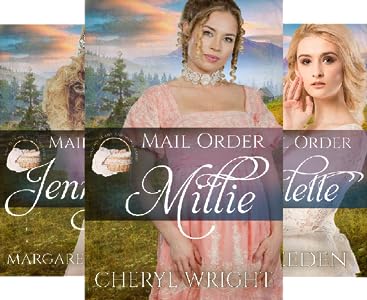 4.2 out of 5 stars
4.2 out of 5
18 customer ratings
How does Amazon calculate star ratings?
Amazon calculates a product’s star ratings based on a machine learned model instead of a raw data average. The model takes into account factors including the age of a rating, whether the ratings are from verified purchasers, and factors that establish reviewer trustworthiness.
Top Reviews

Lori Dykes
5.0 out of 5 stars A Wonderful Story
Reviewed in the United States on June 28, 2020
Verified Purchase
A wonderful story set in Kansas in 1866.
Roslyn, a young woman travels to Kansas as a mail order bride to a man her aunt had corresponded with. What she finds is not what she expected. The older man only wanted her to help in a homestead purchase but was upset when he found out she had a child and was not eighteen as presented. With little options, we agrees to go with the stagecoach driver to the local station that his wife and he keep up.
Elam Stewart had been working at the livery, and with him having one wooden leg from getting shot up in the war, he was trying to survive. He ends up taking a job at the stagecoach station as well since his livery owner did not have anymore work for him at the moment.
But there are several things going on and he caught on to one immediately to Roslyn's secret.
Zina Abbot's historical research and prose, always bring her stories alive and this one is no exception!
Take the amazing journey with Roslyn and Elam as they try to find their happy ever after!
Read more
Helpful
Comment Report abuse

Deutsche OMA
5.0 out of 5 stars Stagecoach travel, bruised characters and animal = inspiring read
Reviewed in the United States on May 9, 2020
Verified Purchase
Zina Abbott paints a vivid picture of traveling by stagecoach through Kansas in 1866. Enjoyed the map, the history, and anecdotes of life as a single mom in a man's world. Orphan Roslyn did what was best for her daughter Emmy, even though she was treated as an outcast for wearing pants. Elam Stewart had experienced his own hardships by loosing his left leg in a Civil War battle. Delightful read with some unexpected twist - especially with an abused animal.
Read more
Helpful
Comment Report abuse

Kindle Customer
3.0 out of 5 stars OK Mail-Order Bride Romance
Reviewed in the United States on July 7, 2020
This is an OK mail-order bride romance, with mostly likable characters, but I did have a few issues with it. It gets 3 stars from me.

First, it was just too short to have enough character development. I wanted more backstory on both Roslyn and Elam.

I liked that this story showed a realistic portrayal of what often happened to mail-order brides in the Old West. Many of them ended up with men who just wanted a servant or someone to help with their work -- but they didn't really want a wife. Others ended up with men who abused them, and some with men who never had any intention of marrying them. So many of the mail-order bride stories give the impression that women always found husbands that were perfect for them, which was very often not what happened.

The attitudes toward women with children in this series continues to bother me. Many woman with a child (even widows) are treated as if they have done something wrong. What is wrong with a widow having a child, and why does that somehow make her a bad choice for a man's wife? Maybe that was actually the way lots of people felt in the Old West, but if it was, then that is a terrible shame.

I liked that Elam and Roslyn had so much in common, and that they were both attracted to each other from the beginning. I also really liked that Elam wanted to protect her right away, and planned on doing that -- even though he thought she wouldn't want a relationship with a cripple.

This is a clean romance, with nothing but kisses. If you only want to read romances that do not include sex scenes, this one might work for you.

My rating system is below.
1 star -- Hated it, or did not finish. I usually only give this rating if some of the content is truly objectionable to me, like if one of the main characters does something really awful, and gets away with it.
2 stars -- Didn't like it. This rating usually means that I thought the writing wasn't very good, the editing was terrible, I didn't like the characters, or it had other major flaws.
3 stars -- I liked it, but had some minor issues with it. This rating means that there were minor editing issues, the story needed more character development, it was just too unrealistic, or had some other fairly minor issue. The majority of books I read get this rating – I do not consider it a bad rating.
4 stars -- I liked it a lot. This is a high rating for me, and I rarely give a higher one.
5 stars -- I loved it, and will probably read it again. Very few books are good enough to get this rating from me. The ones that do are usually classics.
Read more
Helpful
Comment Report abuse

bethy
2.0 out of 5 stars History
Reviewed in the United States on May 19, 2020
I liked the book at first. As a white person with anishenabe children and grandchildren it didn't go over for me very well. Yes. Settlers. Forts. Raids. The immigrants were just that. Basically tourists on foreign soil. To portray the "white" people as being the victim...one must remember, it wasn't their land. Read some of the atrocities that were dealt to the native people. Research it. Go to the native knowledge and museum in chamberlin sd. I left crying. The natives were not the only scavengers and murderers.
Read more
One person found this helpful
Helpful
Comment Report abuse

Marian Cortese
5.0 out of 5 stars mail order twist
Reviewed in the United States on May 28, 2020
I have never been disappointed when I read any of Zina's books. She writes her characters and story so well that you can actually feel like you are transformed to the time and experiencing everything you are reading about. When Roslyn is sent to marry someone she had never corresponded with as a mail order bride by being lied to by her Aunt who knows that Roslyn is going to have a horrible life by being this man's mail order bride, plus she has a baby which her Aunt never wrote about in her letters posing as Roslyn. But along comes her prince dressed as a cowboy and its a wonderful love story that you won't want to stop reading until the end.
Read more
Helpful
Comment Report abuse

Abigail A
5.0 out of 5 stars Great Read!
Reviewed in the United States on May 13, 2020
I highly recommend this read. While a romance is woven throughout this story, the author gives some clear insight into the historical facts of post Civil War.
Elam, a war veteran and amputee, struggles to find steady work.
Roslyn, raped and left with a child, is subjected to a sinister plan showing the few choices left to single women at that time (though the same treatment of women happens today).
Enjoy a wild ride to a far out stage station, unhappy Indians, and fighting for survival on many levels.
Read more
Helpful
Comment Report abuse

Phyllis R.
5.0 out of 5 stars Meeting Life's Challenges Head-On
Reviewed in the United States on May 9, 2020
The author has penned a story of a couple who have been dealt some challenges in their lives and met them with determination and strength. This is Roslyn and Elam's story. This historical facts and descriptions of the landscape as well as events that took place during the time of the story are excellent. I really enjoyed this story and highly recommend it. Be sure to read this story and find out if a HEA becomes a reality for the couple.
Read more
Helpful
Comment Report abuse

Texas mom
5.0 out of 5 stars Elam and Roslyn
Reviewed in the United States on June 15, 2020
This is a sweet, loving short story written by Zina Abbott. Roslyn was assaulted by a group of ruffians and ended up with a child as the result of that assault. Elam lost his leg as a result of a would and infection in the war. Two broken people come together after loads of adventure and excitement. You will enjoy discovering how they discover their happily ever after.
Read more
Helpful
Comment Report abuse
See all reviews from the United States