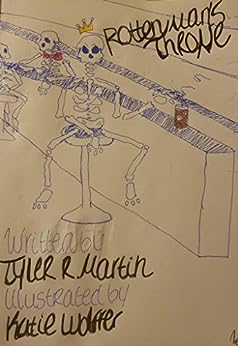 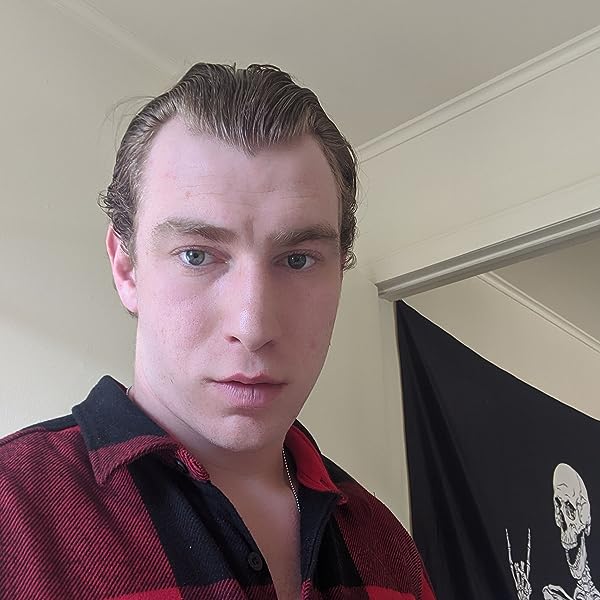 Kester James Finley
4.0 out of 5 stars Lingers in the mind, prose with depth!
Reviewed in the United States on April 16, 2020
Verified Purchase
From the start, the poetic offerings of Rotten Man’s Throne by Tyler R. Martin could be viewed as the musings of a drunkard and, in some ways, it brilliantly reflects that assumption. As the pages turn and the words flow, however, we are led further into his world and the creative haunting remains of an emotional battlefield that sheds light on not only the creator but also ourselves.

Some of the pieces displayed within Martin’s work carry with them a dark undertone, a few more so than others, but each has a way of lingering in the mind long after one’s initial read through. Although rather short and coming in at about 34 pages, Martin delivers a well-rounded collection that not only defines his talent but also clearly illustrates the inner workings of life, love, loss, and the aftereffect of living a little too dangerously.

The emotion within is raw, the imagination oftentimes allowed to run parallel with real-life scenarios. While many readers will no doubt feel that Martin describes bits and pieces of their own lives, he goes one step further and includes the entire expanse of our emotionally shared human existence. Readers are led through a gamut of good, bad, black, white, and the gray areas we inevitably stumble upon throughout our lifetimes while making us realize that we each share many of the same tribulations, many of the same trials. With this approach, we find that, although the end of the road differs for each, many of the paths crisscross through space and time for us all.

Coming off as one part dark and reflective, one part sarcastically boastful, and one part emotionally driven to breaking, Martin showcases his talent for prose by including hidden meanings, deeper feelings, bits of fantasy, and exposed traumas in every piece. While in need of some slight tweaking regarding spacing issues with poem title headers, Martin evidences his potential to soon become a masterfully crafted author of poetry. The book cover is hand-drawn and while some may take offense at the crudeness of its design, it fits the work perfectly as it evokes feelings and symbolism as well as visual representation into understanding Martin’s creations. Given four stars, it weighs heavier on the mind and heart upon a second read through than originally noticed and is deserving of a read by others for the depth of emotions and creative flair alone.

Through his chosen words, readers will find perfected visuals and feelings both horrid and lovely, heartbreaking and rejuvenating. Mingling fantasy and reality, darkness and light, Martin takes his readers on a journey through previous pains and joys, creative futures, envisioned outcomes, thought-provoking revelations, and everything in between. A man open and unashamed but guarded and distant, a man somewhat broken and hell-bent for destruction sharing space alongside one fighting for love and laughter. He can be seen as a lonely man lost in thought at the end of a smoke-filled bar lamenting about life, about times long gone as a warning to others coupled with a prideful mantra, and one that eagerly shares the views of a well-traveled lifestyle while favorably reflecting on the feeling of one moment in time. Brief, unapologetic, real.
Read more
Helpful
Report abuse
See all reviews
Back to top
Get to Know Us
Make Money with Us
Amazon Payment Products
Let Us Help You
EnglishChoose a language for shopping. United StatesChoose a country/region for shopping.
© 1996-2021, Amazon.com, Inc. or its affiliates