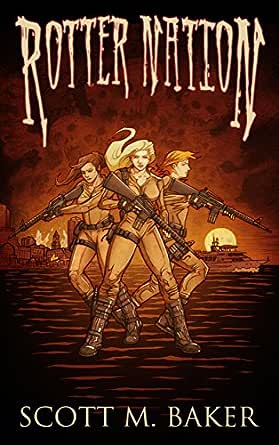 You've subscribed to Rotter World saga! We will preorder your items within 24 hours of when they become available. When new books are released, we'll charge your default payment method for the lowest price available during the pre-order period.
Update your device or payment method, cancel individual pre-orders or your subscription at
Your Memberships & Subscriptions
There was an error. We were unable to process your subscription due to an error. Please refresh and try again. 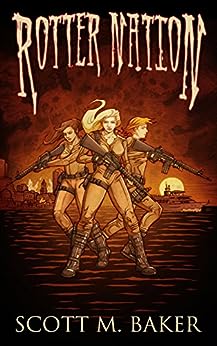 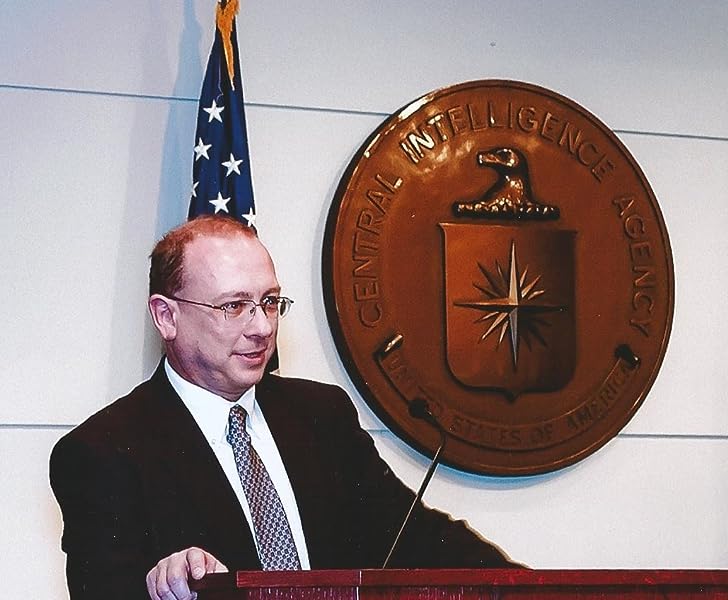 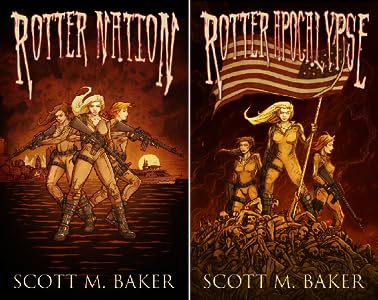 Dungeondan
5.0 out of 5 stars The group faces a whole new set of problems with dire consequences .
Reviewed in the United States on June 16, 2019
Verified Purchase
Surviving the trip to Site R to retrieving the vaccine Robson and the remaining crew arrive back at the compound only to find that a gang has ravaged their home. Buildings are burned, most everyone is dead, and all of the supplies have been taken along with one of their group. Robson orders Natalie and her Angels to deliver the vaccine to the Government-in-exile in Omaha while he and the others track down the rape gang and rescue Windows. Now we have two harrowing stories going on at the same time. A fast paced read with plenty of action.
Read more
Helpful
Comment Report abuse

Chrystal Roe
5.0 out of 5 stars Excellent
Reviewed in the United States on July 12, 2017
Verified Purchase
Great story. It has really believable characters that I enjoyed getting to know. It also has zombies and vampires as well as the most frightening villains of all, humans.
Read more
One person found this helpful
Helpful
Comment Report abuse

Raymond K.
5.0 out of 5 stars Outstanding read!
Reviewed in the United States on August 1, 2018
Verified Purchase
A very good read, and very realistic of what could happen during a zombie apocalypse. I am looking forward to reading the final installment of this trilogy!
Read more
Helpful
Comment Report abuse

Susan Tydings Frushour
4.0 out of 5 stars Hack,slash,blood,sweat & tears w/ a few vampires & zombies thrown in for good measure
Reviewed in the United States on July 24, 2019
Every now and again I overdose on reading zombie novels. If you know me well you know that I do love a good scary zombie story, but sometimes it’s just too much. If it wasn’t for Javon Bond whose zompoc books I read every now and again when I need a few giggles, I was thinking I was ready for another zombie hiatus. However, Scott Baker sent me one of his novels and as a Thank You, I began to read. Now I need to warn you, it is a gritty fast paced story with a gazillion characters, an interesting protagonist, gutsy empowered women, with almost more violence & gore than I could manage. I was 45% through the read when I realized I was getting hooked. There are a few vampires thrown in that I would have loved to read more about.

Why I became so invested in the story? I don’t know, other than evil,horrible bad guys, who were truly violently psychopathic, & I needed to know if truth and justice overcame evil. It really may sound silly but the story gets so very violent That I had to take a few breaks for a little respite. Now I am a former EMT, & disaster responder,use to dead bodies,guts, entrails, blood, sweat, & tears but the graphic violence was too much. It certainly isn’t what I would call YA science fiction & I would not recommend this to the high school set. The violence very graphically described extreme violence toward women, & I would not knowingly purchase a book enmeshed in rape culture.
That said, I became so invested in the story, wanting good to prevail. I certainly am not the target demographic this was written for. I would have given this a 5 star rating if it wasn’t for the graphic violence. I think many women would find the novel offensive.
Read more
Helpful
Comment Report abuse

The writing is sharp and flows very well. I found myself zipping through this book incredibly quick because of Baker's strength in creating vivid, easy to read chapters with nice touches of imagery and a strong choreograph of action scenes.

The story itself hit the mark. Considering that the Angels are trying to transport the vaccine to the Government in Exile, you'd imagine that the story would get a lot more intense, and it certainly doesn't disappoint in that regard. The story splits into two tales, that of the Angels trying to reach the Government, and that of Robson's group dealing with a nasty compound of bad-dudes. You can really feel the wider scope of things while reading about the Angel's journey, and yet the other story-arc with the "Rape Gang" is personal, and shows more of the horrors of everyday survival. Great job on Baker's part balancing two very different toned storylines without conflicting tone or pace. The only issue I had with pacing was that the very end of Rape Gang storyline felt rushed, and the book didn't really feel tied up at the end.

A few issues I had with the story, but nothing major. I was a little irked with the constant use of "The Rape Gang" to label the bad guys. Rape Gangs in zombie apocalypse stories are a bit of a cliche, but Baker added some originality to it with some neat concepts of how the gang used the slaves beyond just the rape. However, the overused "Rape Gang" moniker really downplayed some of the originality he put into that part of the story.

Characterization felt a little thin at times, but good story and strong writing made up for it.

My biggest issue with the book was the lack of Vampires. The author teased and hinted at the vamps becoming much more involved with the story and bringing that original element back into the fold, but he didn't follow through as I hoped. Fortunately, I'm under the impression that the hinting of their involvement is more of a sublte lead-in for Book 3, but I felt he could have included a bit more involvement near the end to at least make me more pumped than I already am for book 3.

The last thing I need to address. The last 3rd of the book was FANTASTIC. If it wasn't for the taut, action packed ending I would have easily given this book a 4. The climax of both storylines occuring at the same time really brought the story to a breakneck pace, with some very satisfying human vs human, and human vs zombies battles. The Angels' climax was just kickass to the 10th degree. I didn't think that Baker would be able to top the Zombie battle scene in the tunnel, but he sure as hell did with great skill.

I really don't know how Baker is going to top the action in Book 3, but I'm excited as hell to find out.
Read more
Helpful
Comment Report abuse
See all reviews