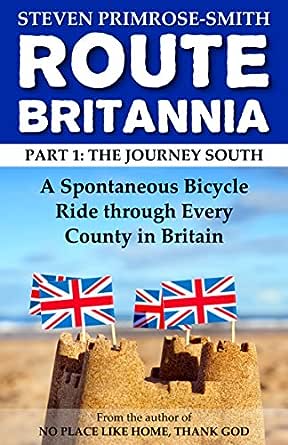 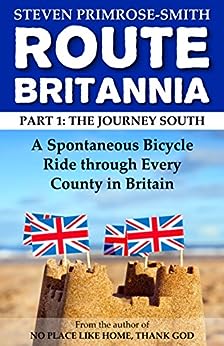 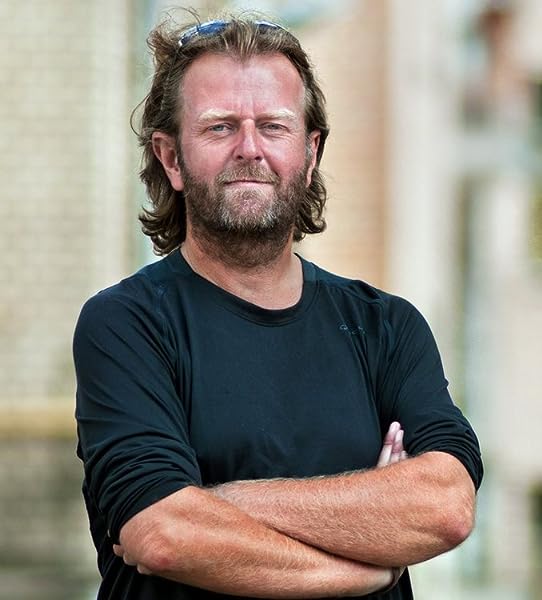 Route Britannia, the Journey South: A Spontaneous Bicycle Ride through Every County in Britain Kindle Edition

4.1 out of 5 stars
4.1 out of 5
32 global ratings
How are ratings calculated?
To calculate the overall star rating and percentage breakdown by star, we don’t use a simple average. Instead, our system considers things like how recent a review is and if the reviewer bought the item on Amazon. It also analyzes reviews to verify trustworthiness.
Top reviews

Amazon Customer
3.0 out of 5 stars Good concept but disappointing delivery.
Reviewed in the United States on January 24, 2018
Verified Purchase
it is a good concept for a book - to visit each of the counties of Britain by bike. Unfortunately Steven is down on Engalnd and though he pledges to be positive at the beginning of the book, he is not. Humor is crass and the author gets into his politics and his lack of religious belief. The book was good enough for me to finish it but I would not recommend it to others.
Read more
Helpful
Comment Report abuse

Ali Stevenson
5.0 out of 5 stars Hilarious
Reviewed in the United States on January 2, 2017
Verified Purchase
One of the funniest books I've read in a while. If you've ever wondered what it would be like to cycle up hill and down dale through every British county in damp, cold weather but just can't get motivated, then save yourself the trouble because this is the book for you. Wallow in vicarious discomfort and meet some colorful characters as you accompany Steven on his merry way. The highlight for me was meeting my brother!
I can't wait for the sequel.
Read more
Helpful
Comment Report abuse

A. Callow
5.0 out of 5 stars Primrose-Smith at his humourous best
Reviewed in the United Kingdom on December 3, 2017
Verified Purchase
Noting that not everyone (least of all the British themselves) had a positive view of Britain and having lived in Europe for the last 20 years and after a rather tough cycling experience in 2015 of cycling from Liverpool to Gibraltar on a £1 a day, Steve Primrose-Smith was back in Britain in 2016 with a view to travelling through all the country’s 97 counties (he d excludes Northern Ireland and is elsewhere selective in what is called a county). The story of this journey is split into 2 books, this part 1 covers the Southern part of the country from Liverpool (where scouse proves somewhat disappointing in gastronomic terms), through Wales (enjoyed), the South West (good), the South (meh!), London and finally Essex (better than expected). Part 2 covers the better parts of the country later.
In this book, Primrose-Smith is at his humorous best. On his journey, he seeks out local delicacies (usually disappointing) and visits a range of esoteric capitals of Britain from the dogging capital to the boob job capital. For the most part accommodation was provided by campsites – those in the South East seeming to cost more per night than a 4 star hotel in the north. As he closes on the South East it is clear that fine views and inexpensive experiences disappear – he was unable to get close enough to see Canterbury Cathedral from the outside without paying for the privilege! Along the way he spots very British sights such as soft porn magazines in hedges!
The journey was also done against the backdrop of the Brexit vote and the last day of Part 1 was 23 June when, like me Steve went to bed in the comforting knowledge that on the 24th the madness would be over and we could get on with our lives as normal! Well although that didn’t work out this book certainly does and I would heartily recommend it.
Read more
One person found this helpful
Report abuse

Cocodemer
3.0 out of 5 stars Sadly, I was disappointed
Reviewed in the United Kingdom on September 30, 2017
Verified Purchase
Oh dear, Steven seems to have a little chip on his shoulder! The book started off well and was quite amusing, (sorry, but I can't see any comparison to Bill Bryson who is the best) however when Steven reached Hampshire, horns began to appear. May I just say, as an Australian living in that county I wonder why it is such a desirable destination for the hundreds of cyclists who descend on this beautiful county, their competitions constantly closing roads and villages, to the detriment of locals. Many insist on riding up to four abreast on the quieter roads and seem to think that they are quite visible to the beleaguered motorist when they are constantly wearing dark clothing. Apart from his religious views, I feel his political leanings are not suitable, or even interesting to the majority of readers who just want to be entertained.
Read more
One person found this helpful
Report abuse

MaxJEF
5.0 out of 5 stars Better than Bryson
Reviewed in the United Kingdom on March 20, 2017
Verified Purchase
I really enjoyed this book, plenty made me chuckle and there's a couple of laugh out loud moments.
The author casts a wry look and the people and places in this country. I've never understood why Bill Bryson gets rave reviews especially since reading Steven Primrose-Smith, he's way funnier.
You don't have to be a cyclist to enjoy this, but it may inspire you to become one.
Read more
One person found this helpful
Report abuse

jossal
4.0 out of 5 stars A Good Read
Reviewed in the United Kingdom on July 24, 2017
Verified Purchase
Another enjoyable read, which I finished a few minutes ago. I do wish the author would curb his habit of mocking religion. It adds nothing to his tale and is mildly annoying to those of us who do not share his atheism. He could perhaps instead make more quips regarding the monarchy. They are far more amusing and even the Royals greatest admirers do not regard them as deities. The potential consequences of being called to account are surely far less.

I am disappointed that "The Journey North" is not yet available.
Read more
Report abuse

David
4.0 out of 5 stars Worth reading. A light, conversational style.
Reviewed in the United Kingdom on December 2, 2017
Verified Purchase
I liked this book, and I got the impression that I would like Steven if I ever set out on a ride with him.

Paced just about right, with a jokey, personal style that I warmed to from the start. For five stars I would have liked more about the cycling and less about prices and food, but you can’t please everybody.

On to book 2.
Read more
Report abuse
See all reviews