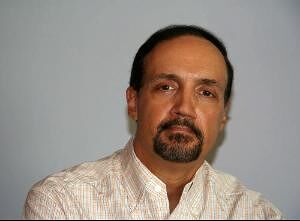 by William Connell (Editor), Stanislao Pugliese (Editor)
4.4 out of 5 stars 14 ratings
See all formats and editions
Sorry, there was a problem loading this page. Try again.

The Routledge History of Italian Americans weaves a narrative of the trials and triumphs of one of the nation’s largest ethnic groups. This history, comprising original essays by leading scholars and critics, addresses themes that include the Columbian legacy, immigration, the labor movement, discrimination, anarchism, Fascism, World War II patriotism, assimilation, gender identity and popular culture. This landmark volume offers a clear and accessible overview of work in the growing academic field of Italian American Studies. Rich illustrations bring the story to life, drawing out the aspects of Italian American history and culture that make this ethnic group essential to the American experience.

"A marvelous history of people fundamental to the American mosaic, a history that is thoughtful, honest, passionate, and right for our times. The Routledge History of Italian Americans traces Italian immigrants from a newly unified nation that could not hold its people to thoroughly integrated Americans at all levels of society. It’s essential for understanding Americans in the twentieth and twenty-first centuries."

"Wide-ranging, with chapters that cover 500 years of history while addressing everything from politics, economy, culture, race, class, and gender to work, radicalism, religion, residence and everyday life, The Routledge History of Italian Americans belongs on the shelf of every scholar of Italian America and in every library serving Italian-Americans. Specialists will find enough of the latest research, written by prominent scholars, to satisfy their very specific needs while newcomers to the topic can gain from the contributors’ obvious awareness of the needs of general readers in search of ‘the big picture.’ "

"The Routledge History of ltalian Americans is an important guide to Italian American life, identity, and culture for a new millennium."

Ev Sganga
3.0 out of 5 stars Not enough heart and humor
Reviewed in the United States 🇺🇸 on January 20, 2021
Verified Purchase
I received this book as a gift and was disappointed with the extreme academic approach, Each chapter an overly pedantic thesis that somewhat followed a time line that did not easily flow. I had expected something along the approach by Luigi Barzini's "The Italians". The "history" was factual but without any heart or humor. If nothing else growing up as an Italian Americanin in a lower income home, we laughed a lot and knew how to make the best of life and made every Sunday a festive holiday. Not enough was cited about the mix of the intermarriage between and among the second generation and beyond to each other with different regional Italian backgrounds. Thus forming an absolute Italian American identity.
By John B Sganga, Sr Son of A Sicilian Father and Basilicata Mother.
Read more
4 people found this helpful
Helpful
Report abuse

L. A. Mendola
4.0 out of 5 stars Not bad but could have been better...
Reviewed in the United States 🇺🇸 on July 2, 2020
This edited collection by scholars is not bad for what it seems to be intended to convey. The papers cover a fairly broad area, with a focus on social history rather than political history. However, the collection, as a whole, could have been much better.

For context, it would have been nice to see more about the dystopic state, the newly-unified Kingdom of Italy, that the greater number of emigrés left, mostly after 1880 and before 1940, and perhaps something about the social and economic failures of Italian unification. Many Italians still leave Italy for greater opportunities in the United States and Canada.

The realities of the unitary state before 1900 are considered in my books about the Kingdom of Sicily (2015) and the Kingdom of the Two Sicilies (2020). Books glorifying the Risorgimento usually fail to address this. However, a few recent works do. Lucy Riall reconsiders the war of 1860 and its immediate aftermath in Sicily, the late Denis Mack Smith (in Italy and Its Monarchy) addresses it pragmatically, and Jacqueline Alio (in Women of Sicily) casts an eye over it from a feminist perspective.

It is useless, even ridiculous, to state that southern Italy was relatively poor after 1860 without explaining WHY, when this was Italy's wealthiest region until that time.

In generalizing, some of these authors write what are, in effect, stereotypical profiles of today's Italian-Americans and their recent ancestors. This is not new; I first noticed it a quarter-century ago.

Some of the chapters in this edited collection are somewhat theoretical. A few passages are absurdly introspective.

For the truly curious, the general histories written as entire books by Jerre Mangione (La Storia) and Gay Talese (Unto the Sons) are good primers for such specialized material. They may be the only books the casual reader needs.