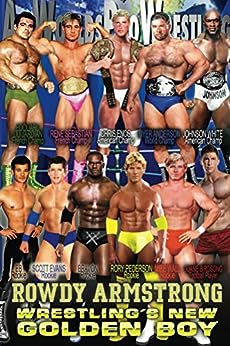 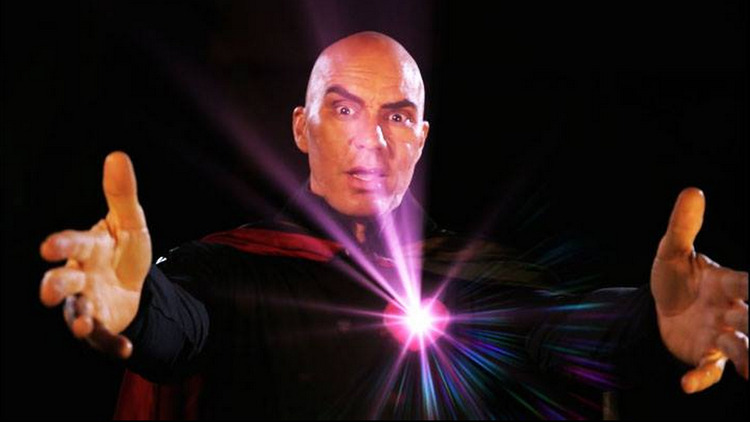 by David Monster (Author) Format: Kindle Edition
See all formats and editions
Sorry, there was a problem loading this page. Try again.
Black & White Edition - 4 B&W Pics inside.
In the year 2025, every professional wrestling federation on the planet has acknowledged it's homoerotic nature and encourages wrestlers to use sex as a weapon in the ring. As one famous wrestler put it, "The fans protest if there isn't at least one assault to the 'trunk region' in every match."

Athletic, blond teenager, Rory Pederson, discovers the sport and, of course, it brings to light his strongest fetishes. He directs his whole life toward a career as an actual Professional Wrestler, and his ultimate goal to become the World Champion.

Rory applies for tryouts to the World's premier wrestling federation, when he graduates high school, and hopes to meet some of the Champions and Challengers who fueled his most intense sexual fantasies.

David Monster is a Writer, Designer, and Filmmaker and has been working in the Entertainment Industry for decades and decades. His first novel, SERVICE, A Love Story, received several 5 Star reviews. ReviewsByAmosLassen.com said, "This is a beautiful book... David Monster is someone to watch." The Web Series Pilot he wrote & directed called R.A.D.MEN (2014), won awards on the Film Festival Circuit. In December of 2014, he released his second novel, PARALLEL LINES: Commence Entropy, a sexy Sci-Fi/Fantasy Thriller. One reviewer described it as "NOT 50 Shades of Gray, in an alternate dimension". A devoted fan of vintage pop culture, David has spent 8 years researching and writing the most comprehensive resource available on Sex Symbols, called BOMBSHELL: The Blonde Phenomenon of the 20th Century, which will be published in 2016. All David Monster books are available on Amazon.com Facebook.com/RowdyArmstrong Facebook.com/RowdyArmstrongWrestlingBook Twitter.com/RowdyArmstrong DavidMonster.com --This text refers to the paperback edition.

David Monster is a Writer & Filmmaker. His short film R.A.D.MEN (2014), about Asian-American Superheroes, won Festival awards. In 2015, he launched the UNIMAGINARY FRIENDCAST, Comedy podcast of 250+ episodes, & wrote the short film YES, AND I DO (2016), which won 2 festivals, & the Fitness Promo THE AEROBITARDS! (2019), which won 4 fests.

David’s 3 unpublished novels: LESBIAN SLUT GANG BANG, & GOD'S FALSE DOOR, the 1st & 2nd in a SciFi/Fantasy Series. & I LOVE DAVID MONSTER, about a relationship between a Human and A.I.

He also wrote a comprehensive resource on Sex Symbols: BOMBSHELL: The Blonde Phenomenon of the 20th Century & is currently seeking a publisher.

jerome
5.0 out of 5 stars Amazing book, I barely put it down.
Reviewed in the United States 🇺🇸 on August 19, 2015
Verified Purchase
Awesome read. Hot matches, and has a great story. I can't wait for the sequel. More Dyer Anderson please. His matches had me on edge. After reading the Dyer Anderson teaser I've been waiting for this book to come out. And it that its here, I was not disappointed.
I don't want to give anything away but Rory is gonna be one captivating wrestler in the future.
Read more
One person found this helpful
Helpful
Report abuse

ray
4.0 out of 5 stars Bump That Jobber
Reviewed in the United States 🇺🇸 on September 27, 2019
Verified Purchase
The book is a humorous look at a aspiring athlete trying to become a professional. Looking forward to a sequel.
Read more
Helpful
Report abuse

Bruno César Costa
5.0 out of 5 stars The Best Wrestling Book Ever
Reviewed in Brazil 🇧🇷 on September 8, 2017
Verified Purchase
This is the BEST book about wrestling to date!!

Not only is it richly written, but it also offers a lot of sexy battles, mixed with well described emotions and life like characters!

I read it in one sitting and now I'm here, waiting for the sequel!
Read more
Report abuse
Translate review to English

Client Kindle
5.0 out of 5 stars Love it
Reviewed in Canada 🇨🇦 on February 20, 2020
Verified Purchase
One of the best gay novels read in long time. I really have enjoyed this first part. Looking forward to part two
Read more
Report abuse
See all reviews
Report an issue
Does this item contain inappropriate content?
Report
Do you believe that this item violates a copyright?
Report
Does this item contain quality or formatting issues?
Report