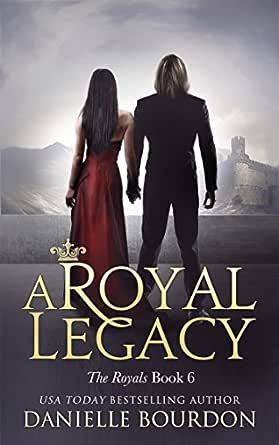 You've subscribed to The Royals! We will preorder your items within 24 hours of when they become available. When new books are released, we'll charge your default payment method for the lowest price available during the pre-order period.
Update your device or payment method, cancel individual pre-orders or your subscription at
Your Memberships & Subscriptions
There was an error. We were unable to process your subscription due to an error. Please refresh and try again. 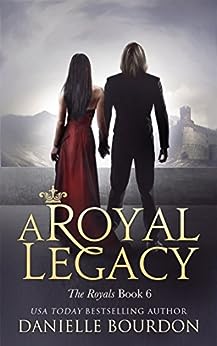 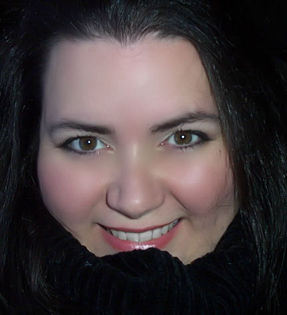 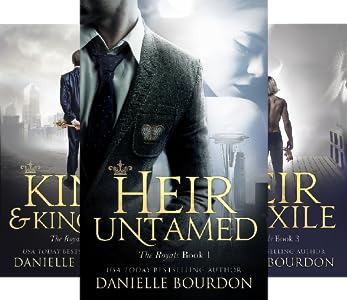 4.8 out of 5 stars
4.8 out of 5
218 global ratings
How are ratings calculated?
To calculate the overall star rating and percentage breakdown by star, we don’t use a simple average. Instead, our system considers things like how recent a review is and if the reviewer bought the item on Amazon. It also analyzes reviews to verify trustworthiness.
Top reviews

K. Mizera
5.0 out of 5 stars Great Story--but Missing a Few Things
Reviewed in the United States on November 4, 2014
Verified Purchase
I loved the continuation of the story! What a fun addition to the series. I love LOVE this series and hope it never ends! ha ha

This was an intense story about another betrayal by Sander's brother Paavo. It was nice to see Leander back in the story, but Wynn was hardly there and the focus was on a threat to Chey and the children. A new neighboring King, Thane, was introduced, who is only 24, so it would be fun to have a story about his life! He seemed to be an ally in this story. I truly love the storyline of this entire series, but there were a few things that I didn't understand.

She says at the end that they didn't really "celebrate" Christmas in Latvala but Sander and Chey got engaged on Christmas Eve and there was a whole thing about her decorating the castle long before she was Queen in previous books. Plus they went Christmas shopping together from their very first year together... kind of weird since this is technically a European country and all European countries for the most part have a large Christian contingency.

It's been 6 years or so in the timeline and yet there was nothing about Natalia's life and it only briefly mentioned Mattias and his girlfriend, that he met right around the time Chey gave birth to their first child, and he had a large part in the story. If he didn't marry Alannah, it makes no sense and if it's a NEW girlfriend, it should have at least been mentioned because for those of us who love this series, we're invested in all the characters from both the Royals and the Royal Elite. No talk about Krislin and Gunnar's kids either, so it felt like it left a lot out and didn't flow.

It's still a good read, and I will buy anything else that she comes out with in either of these series, but seriously, if you're going to make us like, love and KNOW all these characters, you can't just leave out any mention of their lives in a story that jumps approximately 5 years in the future. I almost gave it four stars because of that, but in the end I still love this series.

Virginia
4.0 out of 5 stars Sander Dare and Chey
Reviewed in the United States on February 26, 2015
Verified Purchase
Sander and Chey: Legacy..I love this read. It brings us about seven years from his book five...it involves their three precious children. Also, Leander, Mattis, and Gunter..it brought in a few other original characters, but vague and few..and it brought in Paavo.
This detailed a lot of the King and his work in government and his kindness with his people in the Kingdom....Also the love with Sander and Chey....their love is so strong and true...
I thought the book dragged a little and went into a lot of detail about their clothing...Not sure about that..
I would have enjoyed a little more inter-action with Wynn...that would have been sweet....
Over all a good read.
Read more
Helpful
Comment Report abuse

Chanelle
4.0 out of 5 stars Enjoyable
Reviewed in the United States on October 3, 2016
Verified Purchase
I came across this one accidently when I was just browsing my kindle (Two years ago). It did have a different cover and Sander and Chey written on the front which is what caught my attention in the first place.
Finding out it was a follow up to the series I was thrilled and got it straight away. now it has been a while since I did read the book and I was a little up set that Mattias still had not as yet got married. He is my favourite in the set, has been since book one.
But I did enjoy reading this one as I have all the others.
Read more
Helpful
Comment Report abuse

LB
5.0 out of 5 stars Amazing story
Reviewed in the United States on March 13, 2019
Verified Purchase
After reading the first 6 books in this series I continue to be wowed and amazed by the story. The series has been an excellent continuation of the lives of this royal family..
Read more
Helpful
Comment Report abuse

TamTamL
5.0 out of 5 stars ENTHRALLING! Couldn't put my kindle down!!
Reviewed in the United States on November 4, 2014
Verified Purchase
This is a great story!!! Oh my goodness how I wanted to read more about Sander & Chey! This book captivated me from beginning to end! And I loved the detail & length of the book! I have read all the books that are based on these characters as well as the spin offs. Well done Danielle!!! Love it! Hope to hear more from Sander and Chey! They are just my favorite thing I've read in a while. 5 stars from me! Lol! Lol! Would give more if I could! 😉😊
Read more
One person found this helpful
Helpful
Comment Report abuse

Jamie
5.0 out of 5 stars Ready for the next book
Reviewed in the United States on April 29, 2019
Verified Purchase
I just love Sander and Chey, they are a King and queen I would want to have to run a country I live in.
Read more
Helpful
Comment Report abuse

Cheersy
4.0 out of 5 stars Sander and Chey
Reviewed in the United States on September 11, 2016
Verified Purchase
Not your ordinary romance or predictable HEA. Bourdon has done it again in this tale of struggles with being a king, a father and a husband. Sander and Chey have relationship test but nothing they can't get through with a bit of quick thinking. Enjoy
Read more
One person found this helpful
Helpful
Comment Report abuse
See all reviews

kerri
5.0 out of 5 stars Sooooo amazing
Reviewed in the United Kingdom on May 6, 2016
Verified Purchase
I fell in love with Sander and Chey in the very first book, and was delighted to see their story continue. I love the entire series. The stories are so riveting you can't put them down until you are finished. This book is full of action. What I love most is that even with all the ruggedness the men still have a tender side that comes out several times in the book. I can hardly stand to wait for the next installment. I hope it is soon.
Read more
Report abuse

The Shopping Angel
5.0 out of 5 stars A great series!!!
Reviewed in the United Kingdom on September 29, 2015
Verified Purchase
Not going to ruin it for anyone else by posting spoilers but couldn't put this or any others from this series down til the end and seriously missed them when the series was finished!!!
My only issue would be the cost of the books/series...perhaps the author could consider a box set to make it more reasonable for her fans??
Read more
Report abuse

k
5.0 out of 5 stars I didn't want it to end
Reviewed in the United Kingdom on March 31, 2015
Verified Purchase
It was good to catch up with Chey N sander gave a good insight on what their lives has been and the children.. one thing though guest what sander gift was even before he opened it.. good read will recommend... also tell u that mathias is still at HFN
Read more
Report abuse

Kimberley
5.0 out of 5 stars excellent series
Reviewed in the United Kingdom on June 11, 2015
Verified Purchase
absolutely loved this series. I am sad that I have finished them. easy to read, with well developed character's. sander still remains my favourite clearly. closely followed by chey & the ever loyal Mattias.
fantastic would definitely recommend to others.
Read more
Report abuse

Mrs. T. A. M. Gray
5.0 out of 5 stars always delivers
Reviewed in the United Kingdom on November 6, 2014
Verified Purchase
Once again Danielle has delivered. The Sander and Chey books are fantastic. This book closes the story of Paavo the mean younger brother. I love the dynamics between the leading characters and Sander is HOT! Looking forward to more. Well done!
Read more
Report abuse
See all reviews