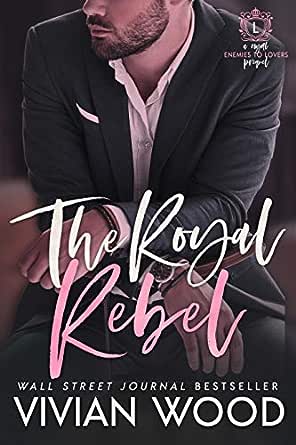 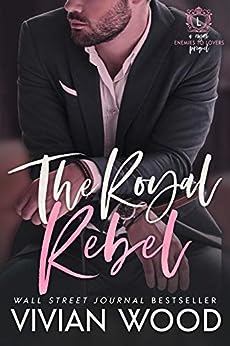 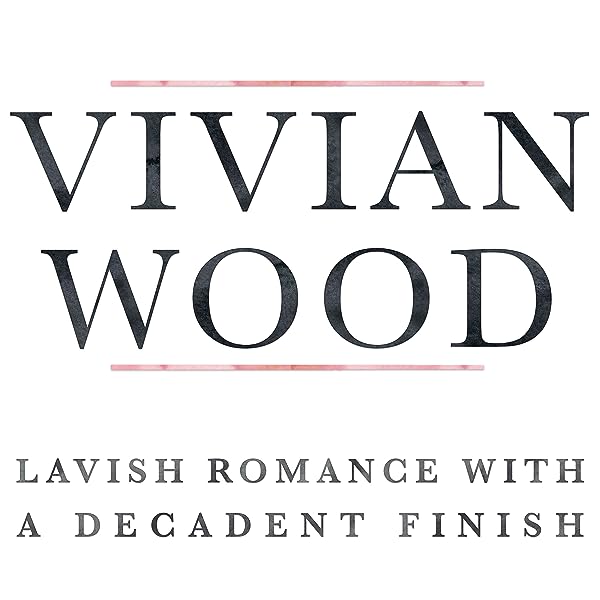 Vivian likes to write about troubled, deeply flawed alpha males and the fiery, kick-ass women who bring them to their knees.
Vivian's lasting motto in romance is a quote from a favorite song: "Soulmates never die."
Be sure to follow Vivian through her Facebook page or join her email list to keep up with all the awesome giveaways, author videos, ARC opportunities, and more!

4.3 out of 5 stars
4.3 out of 5
210 global ratings
How are ratings calculated?
To calculate the overall star rating and percentage breakdown by star, we don’t use a simple average. Instead, our system considers things like how recent a review is and if the reviewer bought the item on Amazon. It also analyzes reviews to verify trustworthiness.
Top reviews

Kathleen Cook
2.0 out of 5 stars Almost Tossed
Reviewed in the United States on April 21, 2020
Verified Purchase
Once the drugs came out I was done. Then to read a couple more minutes to find cliffhanger. Not that good that I would read the next.
Read more
10 people found this helpful
Helpful
Report abuse

A. Richard
5.0 out of 5 stars Realistic situations and a charmingly delightful couple
Reviewed in the United States on April 3, 2020
Verified Purchase
What should have been just a night of gratifying sex might end up altering the lives of two individuals in ways neither ever imagined. One is the future king of his country, while the other is a photojournalist, and the events happening after Stellan and Margot become involved has her making an impulsive decision which could have further consequences. This story introduces the Dirty Royals series, and I can already tell that the characters are going to be spirited while the plot of the book could go in so many directions.

One evening when Margot and a friend go to a club in New York City, she meets Stellan Løve who is from Denmark. They converse some while having a few drinks, and then make potential plans for the next night. They seem to connect on several levels, and Margot thinks a night spent with the tempting man would turn out well, as he will soon be back in his country. But facts about him are learned the next morning plus some information also concerning her, and they are not at all happy when they part.

I always enjoy getting to know the main couple in a story, and A ROYAL MESS let me become acquainted with Stellan and Margot in numerous ways. Details relating to both backgrounds are scattered throughout the story, and I can certainly tell that these two are nothing alike when it comes to their personal lives. Their pasts are totally different, while most beliefs are also very dissimilar. Vivian Wood cleverly informed me about Stellan and Margot with colorful facts which revealed their inner natures, and I definitely liked how realistic everything sounded. What I discovered made me want to know any future happenings between them, and if they can even be together in a relationship or will the truths they learned keep them apart forever.
Read more
3 people found this helpful
Helpful
Report abuse

Amazon Customer
2.0 out of 5 stars Not for a Skandinavian reader
Reviewed in the United States on April 15, 2020
Verified Purchase
The story it self is great, being a Norwegian I was thoroughly provoked by the mixup of Danish, Swedish and Norwegian words and sentences. Am still not sure if I want to read the book comming in June. I am sad to experience one of my favourite writers having these errors in her otherwise great story.
Read more
4 people found this helpful
Helpful
Report abuse

AEW
4.0 out of 5 stars Great Prequel for Upcoming Series
Reviewed in the United States on April 1, 2020
Verified Purchase
This prequel for the upcoming A Royal Affair does not disappoint. Margot and Stellan met one night at a club and are immediately attracted to one another. Their chemistry is HOT!! However, little does Margot know that Stellan is the Crown Prince of Denmark. These two could not be more opposite. I can’t wait to find out what happens next. These two characters are sure to keep me on my toes.
Read more
2 people found this helpful
Helpful
Report abuse

Dark Side of the Book
4.0 out of 5 stars I must read next book in this series!
Reviewed in the United States on July 10, 2020
Verified Purchase
„The Prince and His Rebel”is a prequel to “The Wicked Prince” written by Vivian Wood.
It is a short story about first met of Stellan and Margot.
And also theirs first troubles.

Margot is a young woman who's came to New York. Her friend – Pippa took her to the club. She met Stellan with his friends and this was like love arrow.
They started to meet and their love was really fast.

“The Prince and His Rebel” is a really good start of the series. I will read “The Wicked Prince”, when I'll have some time.
Margot is a pink hair rock rebel and with this, she is totally opposite to Stellan, who must be perfect in every word – he is the crown prince of Denmark.
Both of them are explosive mixture and I am really curious, how this will work in the next book.

If you want to meet Stellan and Margot take “The Prince and His Rebel” before you'll start read “The Wicked Prince'.
Read more
Helpful
Report abuse

ShootNShopGirl
4.0 out of 5 stars Hot novella
Reviewed in the United States on April 28, 2020
Verified Purchase
3.5*s because this is advertised as a book when in fact, it’s a novella! It’s also a Prequel. However it did peek my interest in that I’ll probably try the next book in the series (as long as its book length) (ok, I’m weird that I like my books to be at least 250 pages!)

This one has 7 chapters which are a great intro to I’m presuming the next book - Ugh, that doesn’t release for another 6 weeks!) Margot & Stellan are interesting characters. It’s totally believable that she doesn’t know he’s a prince and yes, he deserves the bad press. It’s a hot hookup and poor Margot gets the shaft. But it’s a good little read - just wait to read it until the next book comes out because I just went “Argh!!!!” When I saw the release date!
Read more
Helpful
Report abuse

karebare1003
3.0 out of 5 stars Quick Intro
Reviewed in the United States on July 17, 2020
Verified Purchase
This was a quick and fun intro to Vivian’s The Dirty Royal Series. The sparks were flying until his secret came out!

Margot was talked into going out with a friend. Lucky for her, she met a handsome man but would his hidden truths cause it to end before it began?

Stellan was trying to spend as much time having fun before he had to go back home. He was not happy with being a prince, he never asked for what it came with. When he met Margot, he was quickly entranced, until a photo surfaced. How could he ever trust her again?

I look forward to continuing the series! Can’t wait to see how everything plays out!
Read more
Helpful
Report abuse

Beauty95
5.0 out of 5 stars Love it!!
Reviewed in the United States on April 16, 2020
Verified Purchase
Wow, this is a great prequel to the Dirty Royals series! We get a chance to meet Margot and Stellan Love, the crown Prince of Denmark. When Margot, a photographer for a newspaper who is sassy and feisty, goes out with her best friend, Pippa, to a club, and Margot meets Stellan who is spontaneously attracted to the pink hair beauty. Not knowing who Stellan is—their chemistry from the start is off-the-chart hot until an incident occurs that turns Margot’s life upside down. I can’t wait to read the next book to find out what happened. If you like royal romances, take the journey and start reading Dirty Royals.
Read more
Helpful
Report abuse
See all reviews

CharmaineW
5.0 out of 5 stars All Pink and Fishnets ....fit for a Prince 👑
Reviewed in the United Kingdom on April 5, 2020
Verified Purchase
Oh wow, what a prequel....Explosive. The moment I started reading about Margot, I thought wow. Colourful, loud, feisty but also warm, loving and so much more. Going to a Club with her friend Pippa, there she meets the most handsome guy ever...those blue eyes, so mesmerising.....Stellan. Tall, handsome and just something different about him. Instant attraction and fantastic chemistry is a definite plus. Only one problem....he is a Prince of Denmark and now how to tell Margot. Well, not in the way it happens. A great story to what I imagine a brilliant new series, can’t wait.
Read more
Report abuse

Alice de Sampaio Kalkuhl
3.0 out of 5 stars Funny but not a finished prequel
Reviewed in Germany on July 26, 2020
Verified Purchase
The story is good but it has it's flaws. This review is going to have spoilers, but considering how short the book is that was unavoidable.
The setup is nice, but:
It's not a complete story. The plot cuts away almost mid-scene. This should have been part of the first novel in the series, not a separate novella.
Stellan is an obvious caricature of a Danish man which must be nice for someone who just wanted to read Scandinvian fantasy but just irritated me quite a bit.
Megan just appears a little dumb. Yes, it's important that she doesn't know he's the prince but there are just so many reasons she could have found out.

Positives:
Pippa is a fun character. Erik is obviously going to be the setup for some great jokes. Shame that neither of them is the main character.
Read more
Report abuse
See all reviews