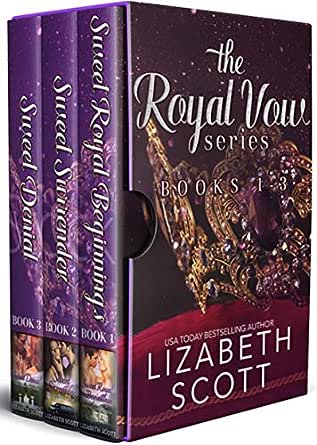 You've subscribed to The Royal Vow Box Set! We will preorder your items within 24 hours of when they become available. When new books are released, we'll charge your default payment method for the lowest price available during the pre-order period.
Update your device or payment method, cancel individual pre-orders or your subscription at
Your Memberships & Subscriptions
There was an error. We were unable to process your subscription due to an error. Please refresh and try again. 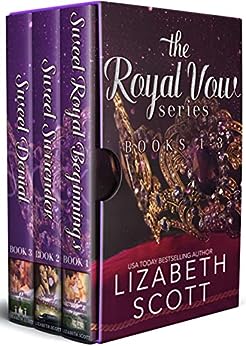 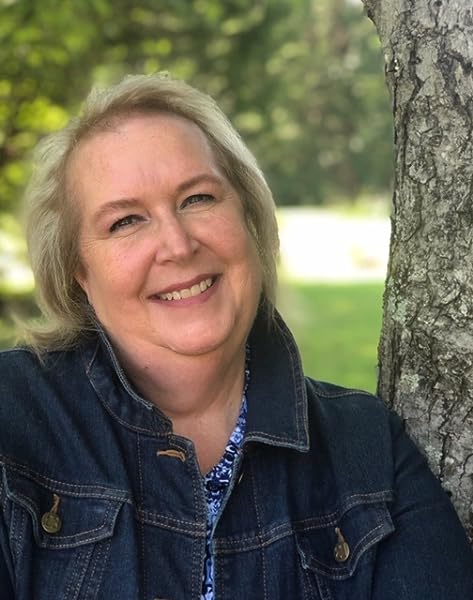 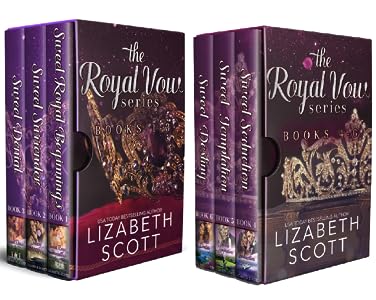 4.6 out of 5 stars
4.6 out of 5
28 customer ratings
How does Amazon calculate star ratings?
Amazon calculates a product’s star ratings based on a machine learned model instead of a raw data average. The model takes into account factors including the age of a rating, whether the ratings are from verified purchasers, and factors that establish reviewer trustworthiness.
Top reviews

C. Potts
3.0 out of 5 stars Disappointing Series
Reviewed in the United States on July 6, 2020
Verified Purchase
Sweet Royal Beginnings: Jane, abandoned at birth, did not have much experience with the elusive emotion of love. She did not even believe any such emotion existed. She had gotten along fine all on her own for twenty some years. She did not need an obnoxious, over inflated, egotistical man turning her world upside down. Prince Mikal SuMartra had no idea why the small blonde on stage attracted him. Her figure was quite slim, which made other prats of her full lush body more tempting. The conflicting glimpses from the saucy siren with blushing innocence intrigued him. He knew a night in her arms would be pleasure filled for both of them. – This is a Cinderella-like story and a little unbelievable. The author did a good job of showing Jane’s innocence. The best thing about the bookt is that the series is about a family.
Sweet Surrender: Small town waitress Mari cannot believe the tall, dark and tasty guy that just walked into her restaurant. He makes her lose all reason. When he invites her to join him on the remainder of his business rip, Mari puts her foot down. She thinks someone like him is only interested in someone like her for one reason. Prince Killiad “Ki” SuMartra cannot believe his eyes when a feisty harem girl accosts him in the parking lot of a greasy restaurant. He is smitten by Mari’s gentleness and innocence. Keeping his identity from her is a decision he may regret. – This is another Cinderella-like story that is a little unbelievable. The story is entertaining, however.
Sweet Denial: Ella, Mari’s sister, had loved Prince Zahir, one of Ki’s brothers, secretly since she met him at her sister’s wedding. She thought he felt the same way, but her heart was crushed when he chose another. For years she avoided him at all costs. She tried to move on, but it was not in the cards. Circumstances brought them back together, and Ella found out some hard truths. Zahir made the decision to send her away for her own good. He spent years secretly watching over her until he thought she was ready for what he had to offer. By keeping secrets, he may have lost the love of his life. He refused to accept that. He had to convince Ella hat what they felt for each other was too strong to ignore. – I thought this would be the best book, but it was frustrating. Zahir did everything wrong with Ella. He also received bad advice from Ki. I was disappointed.
Read more
Helpful
Comment Report abuse

Sam
3.0 out of 5 stars Great story - horrible editing
Reviewed in the United States on June 17, 2020
Verified Purchase
So, I really loved the stories in these three books. I was torn between a 2 and 3 for the rating - but gave them a 3 because the stories were good enough to make me finish ---- BUT ---- the editing was horrible. Verb tense was back and forth. Several sentences didn't make any sense at all. Repeated words. It felt like I was reading a first draft which I loved, but it needed tweaking, which was disappointing because of the fun stories.
Read more
Helpful
Comment Report abuse

Tink’s Mom
5.0 out of 5 stars WOW! just WOW!
Reviewed in the United States on June 18, 2020
Verified Purchase
I was caught by the first couple of sentences and my attention was held the whole time. The fact that the ladies were all independent and weren’t looking for Love was just icing on the cake.
Now I need to get my hands on the rest of the series! I will definitely be recommending this series.
Read more
Helpful
Comment Report abuse

Diane West
5.0 out of 5 stars The Royal Vow Box Set: Books1-3
Reviewed in the United States on June 19, 2020
Verified Purchase
This book was a good and we'll written book,I love how you started out how the King and Queen first meet and then started about the brothers of the King and the sister of the Queen can't wait to finish reading about the rest of the royal family.
Read more
Helpful
Comment Report abuse

RedWolf
4.0 out of 5 stars Swoon
Reviewed in the United States on July 17, 2020
Verified Purchase
What a swoon worthy series it has everything I was hoping it would such as relatable characters, intense passionate chemistry, and stories that were unique and left a lasting impression not to mention feel good feelings well after reading them
Read more
Helpful
Comment Report abuse

Gigi's Reads
4.0 out of 5 stars A little sappy, but totally worth the read
Reviewed in the United States on June 29, 2020
Verified Purchase
Strong everyday gals find their Prince Charming, literally. These easy to read stories take you away to a life of leisure and sexy fun, eventually, the journey is heartbreaking and angsty, but the HEA is sooo satisfying.
Read more
Helpful
Comment Report abuse

c1c2c3
5.0 out of 5 stars Meet the charming Sumartra Men
Reviewed in the United States on May 11, 2020
Sweet surrender: This is Ms. Scotts first book. She packs her books with sweetness, love, sensuality and humor. You will definitely find yourself laughing out loud. This is Mari and Ki's story. He's a prince who happens to stop to eat in a middle of nowhere restaurant on his way to meet with the president. She's a hardworking older sister who after her mother passed away happily sacrificed all of her dreams to make sure her younger sister could achieve hers. She confuses him and his body guards for the entertainment to a bachelorette party. He's immediately smitten with her while he awakens feelings previously unknown to her. He has two weeks to convince her to give him a chance neglecting to mention he's a prince. Once she learns of this though, she struggles with accepting she's worthy of a prince. You will fall in love with Ki and Mari, and the best part, Ms. Scotts books get better and better. Even the last book in this series is the perfect ending to tie all the books together.

Sweet Denial: A wonderful story with the powerful message that some choices are not yours to make. A great follow up to the first book in the series. Zahir falls deeply in love with Ella but given her short 18 years decides that she needs time to explore the world or live. Given that he's a prince he feels that royal life would be hard for an 18 year old. So he breaks her heart intentionally. For 6 years he observes her from far away while she avoids him like the plague even at the cost of not spending time with her sister. When he's thought she's ready for him, he realizes that it may be too late. Poor Zahir just can't get it right, he keeps messing up. Will Ella learn to trust him, will she ever forgive him for thinking that he knows best, for hurting her so much?
Also if you read the first book, you'll love that Ki and Mari make appearances in this book. Hilarious appearances that warm the heart.
Read more
2 people found this helpful
Helpful
Comment Report abuse

S. Peeples
5.0 out of 5 stars Royal Romances
Reviewed in the United States on May 11, 2020
Welcome to the world of romance, passion, and all that comes with the royal family falling in love! From the start with Mari and Ki, you’ll enjoy humor mixed in with lots of romance and lasting love. You’ll enjoy... and you’ll be back!
Read more
Helpful
Comment Report abuse
See all reviews from the United States