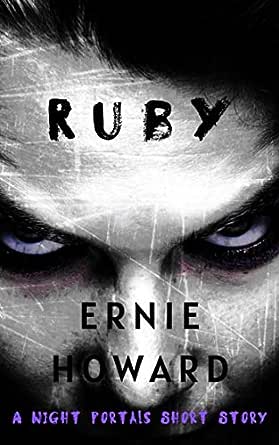 You've subscribed to Night Portals! We will preorder your items within 24 hours of when they become available. When new books are released, we'll charge your default payment method for the lowest price available during the pre-order period.
Update your device or payment method, cancel individual pre-orders or your subscription at
Your Memberships & Subscriptions
There was an error. We were unable to process your subscription due to an error. Please refresh and try again. 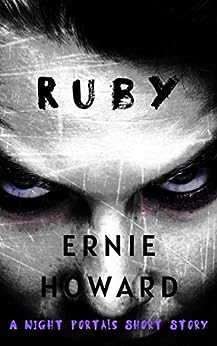 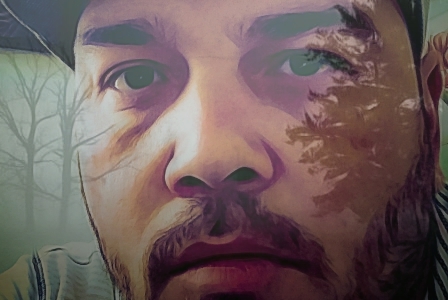 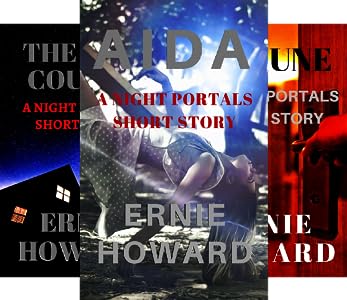 "What If" short stories from the mind of Ernie Howard. The Stories in the Night Portals SeriesBook one, Aida: Love is a many splendid thing. It can make you blind. It can make you feel like you're floating on a cloud. It can make you go crazy. In this fast-paced romantic thriller, we see that love can be the end of all things. A kiss can contain eternal bliss or eternal madness.What would you do for Love? George would do anything.Book Two, The Old Couple: Pete checks on his elderly parents at least once a week. The countless visits all melt into one, but it doesn't matter how many boring visits he has with his parents. He makes these visits with a sense of foreboding. Will this be the last time? Pete and his wife have a different visit this time around. One that is far worse than death.Book Three, Immune: Jacob, the motel clerk opened a door one day. A door that should have stayed closed. Being immune to a virus that will kill off most of the world's population seems like winning the lottery at first. That is until you realize you killed most of the people you loved just by being around them. Sometimes the virus is in your mind. What would you do if you were the last person on Earth?Book Four, Earthbase: Loneliness creeps up on Burk as she floats miles above the Earth. The small blue dot in her field of vision is starting to annoy her and worry her. Scared she is losing her vision, she calls home and learns something bigger than she could ever imagine. Something that will change reality.Book Five, Bike Ride: An idyllic summer bike ride takes a turn into darkness.
Ryan is excited about the first day of school, he is even more excited about seeing his best friend and his crush, Jen. Sometimes the road less traveled shouldn't be taken.Book Six, Nurse Doe: Jeff's cancer has metastasized and he is preparing himself for death. He has never married and he has no children. At thirty-five years old he's never found the one. Until he meets Nurse Madison. A mysterious woman whom no one knows anything about.Jeff is smitten. This is the woman of his dreams. The best part is she can cure Jeff. But in doing so could make her have to leave his reality.
The sixth episode of The Night Portals series explores what lengths some people will go to for the person they love.Book Seven, Fresh: His wife and newborn died in childbirth. Max's life is hollow until he meets himself at a bar one night. His other self looks fresh. Max wants his life.Book Eight: Leap: In Charlotte's world there are no happy days only dreary moments. A world that used to be wonderful, that is what the old ones say.Sometimes death is the only way out.Her tribe is one of love. Their lives are ones of misery. They exist by constantly foraging for food. Once a week one of the tribe gets the sweet release. They get to take the leap into another world.
Sometimes dying is the only way to happiness. Would you take the leap?

Book Nine, Ding Dong Ditch: Edgar is President of the homeowner's association and the most hated man in the neighborhood.
Not because of his power but because he abused his power. If he is not threatening someone with physical violence and getting away with it, he is abusing his wife, Lucille.
But, the Wheel of Karma is about to go clickety-clack. Edgar thinks he's ready for it. But is he? Are any of us when our misdeeds come back to haunt us?
The first story of the second season of the Night Portals series is a story of a man who does not deserve your mercy.
Book Ten, We Are Mist:
Macy hasn't stepped foot in her grandparent's house in fifteen years. She should have never come back.Macy's Grams is old and about to die. Feeling guilt from her mom and the respect she has for her already deceased grandfather, Macy goes back to a place she vowed never to go again.
A pleasant memory of a warm summer day turns dark as Macy starts to realize there was always something very wrong with this part of her life. Her last visit to her grandparents' house puts her face to face with an ancient evil that never wanted to let her go.
Will she escape?
Book Eleven, Ruby:
Victor is positive his friends were murderedMurdered by an old high school classmate of his, Ruby Worklow. Scott only had a broken leg. And Trish had barely a sniffle. They all had one thing in common though. Ruby was the last person they had talked to. Ruby is now a soft spoken social worker whos motto is, she just wants to help. But Victor isn't buying it. He sets off monitoring Ruby's every move, against the wishes of his wife.
This isn't a normal case of murder. Victor is about to see just how deep a hole into the darkness he has dug. Will he survive Ruby's help?
This is the third book of the second season of the Night Portals series.

Chris Fried @ The Indie Athenaeum
5.0 out of 5 stars When Victor’s friends go missing, he thinks Ruby is responsible in this foreboding & scary tale!
Reviewed in the United States on October 1, 2020
Victor and his wife Sara went to high school together. His childhood friends Scott, Mary, and Chuck also live in town and one by one, all of them have gone missing. Ruby also went to the same high school with them and they all knew her too.

Now a grief counselor, Ruby consoles people and it appears that she’s just doing her job. For some vague reason, Victor thinks Ruby murdered his friends! Suspicious, Victor decides he needs answers. What will happen to him once he finds what he seeks?

This short story is really creepy and the mystery at the center of it all kept me guessing. Ruby presents as nice and kind. But I got that sense of dread that there’s something just a bit… off about her as well. I just didn’t know WHAT that something was. However, once I did know, the conclusion exploded with a sound and fury that overwhelmed me with its power and darkness. There was no way that I was expecting what was revealed.

Ruby is a fully realized character in her own way as I got to know her better. Victor’s friends were also fleshed out nicely and I could appreciate the sincerity of their friendship together. I could also feel the nostalgic tug of their shared high school years. The impact of their deaths on Victor was palpable.

I don’t know how this story crawled into my head and took up residence there. All I know is that the shivers lasted for a long time after I finished reading it. It’s an electrifying tale that built its suspense up with little clues to draw you in and then adds it all together into a superb and satisfying conclusion.

Finally, if you have an Ouija board, I would bury it deep in my closet after reading this, if I were you. That thing is just bad news.

This story is the third “episode” in season two of the author's Night Portals series. Like the “Twilight Zone” or “Black Mirror” television shows, each one is united by its dark theme only and can be read separately without having read any of the others from season one.