Rudy Rides the Rails: A Depression Era Story and millions of other books are available for Amazon Kindle. Learn more 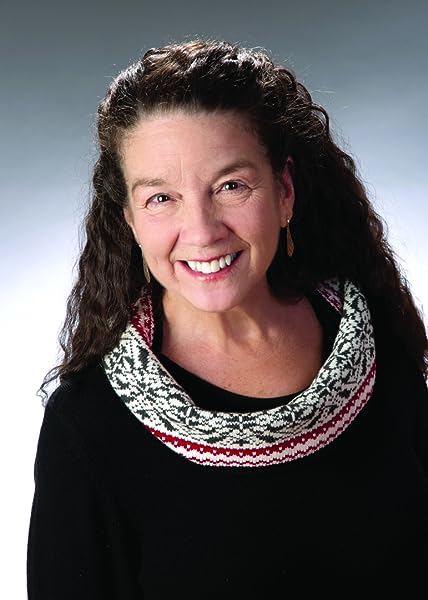 Grade 3–6—Set in 1932, this picture book tells of a teenager who leaves his home in Akron, OH, and takes to the rails to find work and hopefully a better life in California. Despite his father's advice, "look out for you and yours, and nobody else," Rudy learns that people who are down and out have to lean on others sometimes. As he travels west, stopping to take odd jobs, he meets other travelers who help him endure life on the road. They show him the signs left behind by other hoboes, warning of danger and indicating those homes where food would be offered. With their assistance, Rudy, like many other displaced persons, survives, eventually returning home to carve the "kindness here" symbol on his own front porch. Realistic, painterly illustrations depict the teen's cross-country journey, showing the many different trains he rides through the changing North American landscape. Beginning with the despair on the faces of the men waiting in line for work, the paintings clearly convey the characters' emotions. The symbols appear throughout and are defined on an appended page, along with a "Hobo Glossary." The writing is clear and vivid, and an author's note provides context for the story. A wonderful addition to the study of the Great Depression.—Anne L. Tormohlen, Deerfield Elementary School, Lawrence, KS
Copyright © Reed Business Information, a division of Reed Elsevier Inc. All rights reserved.

Based on the experience of Ramblin' Rudy, one of more than a quarter of a million teens who left home in the 1930s, this picture book in the Tales of Young America series shows the hard times of the Depression as well as the adventure of the journey. The stirring full-page watercolor paintings capture the period with realism and a tinge of sentiment, starting with Rudy, 13, in a winding line of men and boys desperate for work. In a close-up portrait, unemployed, seething Pa tells Rudy, "You gotta look out for you and yours, and nobody else." Rudy hops the trains out West, crouched in a boxcar or on the roof, jumping off to avoid the police. He finds odd jobs, sends some money home. He does not strike it rich in California. Lots of doors slam in his face. But the hoboes and some locals help each other, and readers will be moved by Rudy's discovery that despite what Pa says, there is kindness and community. Hazel Rochman
Copyright © American Library Association. All rights reserved

Dandi won her first writing contest as a 10-year-old tomboy. Her 50 words on “Why I Want to Be Batboy for the Kansas City A’s” won first place, but the team wouldn’t let a girl be batboy. It was her first taste of rejection.

Since then, Dandi Daley Mackall has become an award-winning author of over 400 books for children of all ages, with sales of 4 million copies in 22 countries. Recent picture books with Sleeping Bear Press include Legend of Ohio, Rudy Rides the Rails: A Depression Era Story (Notable Book 2008 - Notable Social Studies Trade Book for Young People National Council of Social Studies & Children’s Book Council; winner of the Angel Award, 2008; Winner of the “Award of Excellence” from Chicago Book Show 2007) and 2008 release, A Girl Named Dan (her own “batboy” story, and a lesson on Title IX), 2 Mom’s Choice Awards & Amelia Bloom Award. Eva Underground, Harcourt young adult novel, nominated ALA Best Book 2007, starred Kirkus review, awarded a Top Teen Read by New York Public Library, finalist for Ohioana Award, was based on the author’s experiences behind the Iron Curtain. Love Rules was awarded Romantic Times’ Top Pick. Middle-grade fiction, Larger-than-Life Lara, Dutton/Penguin, which teaches how to write, while tackling the problem of bullying, is on the KY Bluegrass Award List 2007-8; William Allan White Award list, 2008-9; KS and KY Children’s Choice lists. Her Winnie the Horse Gentler series has sold over half a million books and Starlight Animal Rescue is a Gold Medallion finalist. Dandi received the 2009 Helen Keating Ott Award for distinguished contribution toward promoting high moral and ethical values in children and young adult literature. She also received the Distinguished Alumna Award in 2008 from the University of Missouri. Dandi is a national speaker, keynoting at conferences and Young Author events, and has made dozens of appearances on TV, including ABC, NBC, and CBS. Visit Dandi at www.dandibooks.com, winniethehorsegentler.com, and http://www.youtube.com/watch?v=85oaIUbJ8j8

Chris Ellison, after receiving his formal art training at the Harris School of Art in Franklin, Tennessee, and then later at the Portfolio Center in Atlanta, Georgia, has illustrated both children's and adult historical fiction for the past 14 years. His first children's book, King of the Stable, was awarded the Gold Medallion from the Evangelical Christian Publishers Association in 1999. Let Them Play is his first picture book with Sleeping Bear Press. Though a native of Louisiana, Chris currently resides in Hattiesburg, Mississippi, along with wife Lesley and young son Henry.

Read more
Start reading Rudy Rides the Rails on your Kindle in under a minute.

C. Lampos
5.0 out of 5 stars Homeward bound
Reviewed in the United States on April 13, 2018
Verified Purchase
I have read this book to senior citizen groups and they are captivated by the illustrations, but mostly by the content. Very well written and researched by the author. Hobo means "homeward bound". Wonderful way to teach the history of the 1930's to elementary students.
Read more
2 people found this helpful
Helpful
Report abuse

Kjreusser
5.0 out of 5 stars Valuable Historical Picture Book Resource for Late Elementary readers.
Reviewed in the United States on June 9, 2019
This is an excellent author so I know anything she writes will be of high standards. This book was no exception. In a note at the beginning of the book the author shares that she met the real ‘Rudy’—a man who as a boy rode the rails to earn money to support himself during the Depression. His story inspired her to put together this children’s book about what it would have been like for an impoverished youth to travel across the country, alone and yet determined. When Rudy’s family struggles to provide enough food for the children, he runs away to try to find a job and send money home to help his family. Along the way, he encounters strangers who turn him away and others who befriend him, almost against his better judgment.
Rudy learns much about himself and the world around him.
The illustrations by Chris Ellison are beautiful additions to the poignant story. It was fun to see a glossary for hobo signs.
I recommend this book as a good read-aloud by librarians in an upper elementary/ middle grades.
Read more
One person found this helpful
Helpful
Report abuse

Yana V. Rodgers
5.0 out of 5 stars Rutgers University Project on Economics and Children
Reviewed in the United States on August 13, 2008
Rudy, a thirteen-year old boy, and his family face extreme hardship during the Great Depression. More than half of all workers in Akron, Ohio, had lost their jobs, including Rudy's father, and new paid work was difficult to find. Ma waited in relief lines for what could often be stale and moldy food, and Rudy's sisters found sustenance at the soup kitchen and local mission. Not wanting to be a burden on his struggling family, Rudy decided to take a step similar to other teenagers he had heard about: he hopped a train to go West as a hobo. Dreams of a better life in California and the chance to send money back home helped to sustain him as he experienced hunger, cold, fear, and fatigue while traveling. Along the way, Rudy learned of a hidden network of kindhearted strangers who made it a point to feed hungry hobos passing through.

While the Great Depression may seem like a distant and obscure event to young children, this exceptional book brings the topic to life with its moving text and realistic illustrations. According to the author's note, a quarter of a million teenagers turned to hobo life as a survival strategy during the Depression, facing issues similar to those that the homeless face today. As historical fiction, Rudy Rides the Rails does an excellent job in providing children with a rich context for understanding problems of unemployment, scarcity, and recession in the economic world around them.
Read more
7 people found this helpful
Helpful
Report abuse

cookie's mom
5.0 out of 5 stars Excellent book
Reviewed in the United States on April 15, 2009
I read this book out loud to a group of 21 elementary students learning about the Great Depression. It summed up what I was trying to teach them about hoboes better than anything I could have said myself and left them spellbound. I highly recommend it.
Read more
4 people found this helpful
Helpful
Report abuse

Betsy Osborne
5.0 out of 5 stars Five Stars
Reviewed in the United States on May 18, 2015
Students loved it!
Read more
One person found this helpful
Helpful
Report abuse
See all reviews