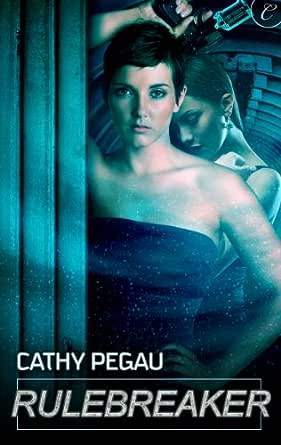 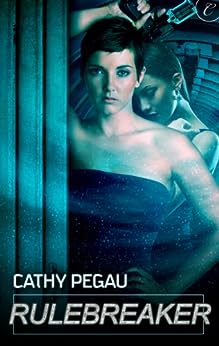 Medina Gustavsson
5.0 out of 5 stars Plotty and fun
Reviewed in the United States on October 1, 2017
Verified Purchase
Plotty f/f romance with good chemistry between leads and lots of intrigue. Liv, a professional criminal, gets over her head with a group of gangsters that send her undercover in a company to find files that can be used for extortion on a massive scale. Part of the job is getting close to Zia Talbot, her sexy boss. Which goes really, really well, except Liv can't just fake it this time--she's falling for Zia as well.

I really liked Zia. She is the sexy lady boss of your dreams. She's demanding but not pointlessly strict or bitchy. There's a lot on her plate and she needs employees to be able to keep up with her. And there's the softer side of her as well, which wants more than office affairs or loneliness. Not to mention, she tries to give off something of an untouchable aura, so every time she smiled or was impressed by Liv it was adorable. And she doesn't try to be really, inhumanly untouchable either. She does value relationships, she's just a little standoffish. Towards the end her shades of moral gray become more and more apparent and you sometimes have to hate her for some of the things she's done, but even then you still love her characterization.

Pacing is also good. The way tension slowly rises because of Liv's secrets and the pressure put on her by the gangsters is delicious. By the end I was completely carried away. But I also loved the quieter moments-the moments between Zia and Liv where you could almost forget Liv was lying to her and manipulating her. The one thing I would criticize here is that the book does start kind of slowly and it's a while before Zia and Liv even meet. But once they did, things really did get going.

Overall, recommended to fans of f/f romance with qualifications. I may have to look at more of Cathy Pegau's books sometime soon.

RSN
4.0 out of 5 stars Good story with touches of humor and a nice romance
Reviewed in the United States on October 3, 2016
Verified Purchase
The protagonist and narrator is Olivia, or Liv, a con artist and a thief, whose latest job is frustrated and finds her on the floor of a bank while said bank is being robbed by another group of criminals (don't you just hate when that happens? Very unfortunate timing).

After that happens, she's approached by her ex-husband, Tonio, with a multi-million job offer she can hardly refuse. What does she have to do? Infiltrate a big corporation as the vice president's assistant and do whatever it takes to steal the documents the company is hiding and that they can use to extortionate them. Not as easy when the VP is the alluring Zia Talbot.

Despite the futuristic setting, with some science fiction elements in it, it's very believable, and also very engaging. I wish we could have known Zia a little bit better, and maybe less of other characters, but it was pretty good either way. Liv is a great character, maybe a bit 'cold' at first, but she won me over with her attitude, which made the story very fun to read from her perspective.

The chemistry between her and Zia was really good. Very well done, with a lot of tension between them. We also see Liv lusting after her ex quite a bit, but it didn't bother me, although... I'd have preferred to use that time on Zia's character instead, haha.

The Romantic Reader Blog
4.0 out of 5 stars Thief with a good heart!
Reviewed in the United States on April 28, 2016
Verified Purchase
My reviews can always be found at theromanticreaderblog.com. 100% dedicated to reviews of lesbian romance novels!

Futuristic crime! Okay I can dig that especially if I can grab that book for less than $1.00. Let it be known that this book is a gem at this price point. You literally cannot find one that is better.

Liv Braxton is straight up a thief. Oh no, she is not going to steal your purse or wallet, that’s small time. She is going to rob your bank! This bad girl is unapologetically ruthless. She takes what she needs and the bigger the payoff the better. So when offered to score mega bucks on a corporate heist, she is all in, even if she has to work with her ex-husband.

Zia Talbot is the corporate mark. She is the one that Liv needs to become besties with and get all the precious knowledge from. She holds the key to millions of dollars just waiting to be stolen my Liv and her unscrupulous partners. All is going to plan until Zia captures Liv’s heart.

I really liked this book, but I could not fall in love with it. The main issue that I had is you know so much about Liv but I felt a bit isolated from Zia. I wanted to know more about her and what made her tick. She was set-up as very interesting character but everything was basically surface after that. I also thought a few of the sub-characters played too much of a role. Overall this is definitely worthy of your time. This is a sci-fi that is not overly world building but more focused on a thief with a good heart. 3.25 stars out of 5.
Read more
Helpful
Comment Report abuse

MRS
5.0 out of 5 stars A satisfying scifi romance action thriller
Reviewed in the United States on July 25, 2015
Verified Purchase
What I liked:

I loved the development of the romance between the two heroines, Liv and Zia. It was sweet, sensual, and felt very natural. I'm also a sucker for a redeemed thief. There was plenty of angst and heartbreak, which are top of my wish list for a story with real emotional punch. The world building was solid, though a little lacking in SF elements for my usual fare, and very smooth and believable character development. I also like how the story fitted in with Caught in Amber and Deep Deception, but without requiring you to read either in order to follow the setting and characters.

The SF elements were a touch on the light side for my tastes. This, however, is a plus for anyone put off SciFi romance by the prospect of heavy scientific or technical description that might bog the story down.

This is an ideal starting point for those new to SciFi romance while still delivering a satisfyingly romantic thriller/action filled story for long-term SFR fans. Fans of industrial espionage might also enjoy this story, as will f/f readers.
Read more
Helpful
Comment Report abuse

Amazon Customer
5.0 out of 5 stars Excellent page turner
Reviewed in the United States on February 12, 2017
Verified Purchase
I am kicking myself for waiting so long to read this. If you are at all stalling because you don't normally read FF romance get over yourself this instant! This is as complicated and intense a book as you will ever get from the big three publishers. James Patterson has nothing on Pegau. Good work Cathy and loved the ever changing intriguing plot!

Hope Freed, UK
4.0 out of 5 stars Not much different to my review of Deep Deception…
Reviewed in the United Kingdom on February 24, 2016
Verified Purchase
I read the two lesfic books in this 3 book series the wrong way round but found that that didn’t matter too much – I complained in my review of book 3 “Deep Deception” that I would “have liked to have known more about the mined substance keracite” and in this, book 1 of the series we find out a bit more. Still don’t know why the exclamation of choice is “Damn the void!” though!

That said I again enjoyed this sci-fi romantic thriller set in the future on the planet Nevarro. Again it was pacey and engaging with well-drawn characters. Again the relationship between the two main girls, Liv and Zia was nicely developed. And it was again a pleasure to read something in which a gay relationship is accepted as entirely normal. Different was that this is told in the first person from Liv’s perspective and whilst she is definitely a bit of a ‘bad girl’, you get to see her vulnerabilities and like her. In fact I think I may actually have liked this a bit more than Deep Deception...

Peggy Keane
5.0 out of 5 stars Sooo good
Reviewed in the United Kingdom on February 24, 2017
Verified Purchase
Grabs you from the beginning and does not let go. Wonderfully written characters that although they are bad guys you just want them to survive. Tension throughout with a great plot and a hot romance. Will be looking for more from this author. And would recommend to anyone who wants a good read.
Read more
Report abuse

Julie-Anne
3.0 out of 5 stars Really enjoyable series
Reviewed in the United Kingdom on June 21, 2013
Verified Purchase
I read these in the wrong order - I read books 2 & 3 first because I didn't know about this one. Since I liked 2 & 3, I decided to get the first one - this basically means I already knew some of the characters and I could have potentially spoilered myself if I was any good with remembering names.

I really liked Liv and Zia and the heat between them was palpable and believable. I enjoy this series and will keep reading it.
Read more
Report abuse

4.0 out of 5 stars Reasonably good romance
Reviewed in the United Kingdom on September 23, 2013
Verified Purchase
I enjoyed this sci-fi romance novel. The tension was built very well throughout, and the main character was easy to empathise with. The end was very cheesy though, which was unsatisfying. It made me revise my rating from 5 to 4 stars.
Read more
Report abuse
See all reviews