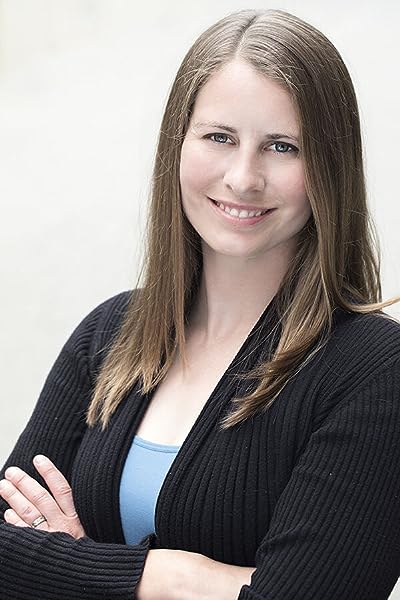 Heidi Lang is the author of Wrong Way Summer and the coauthor of ADash of Dragon and A Hint of Hydra as well as a former professional dog walker. She lives in Richland, Washington.

Start reading Rules of the Ruff on your Kindle in under a minute.

4.8 out of 5 stars
4.8 out of 5
18 global ratings
How are ratings calculated?
To calculate the overall star rating and percentage breakdown by star, we don’t use a simple average. Instead, our system considers things like how recent a review is and if the reviewer bought the item on Amazon. It also analyzes reviews to verify trustworthiness.

Amazon Customer
5.0 out of 5 stars An entertaining, thought provoking book!
Reviewed in the United States on August 20, 2018
Verified Purchase
Rules of the Ruff has well written, thought provoking characters who make decisions like real people do- sometimes right, sometimes wrong. They're funny, likable, and relatable. The story is entertaining but not light- it pulls you in and makes you really start to think. The dogs also have their own, very engaging, personalities. This is a great book.
Read more
2 people found this helpful
Helpful
Comment Report abuse

Pamela Rodgers
5.0 out of 5 stars LOVED It!
Reviewed in the United States on September 3, 2018
OH MY GOSH LOVED, LOVED, LOVED it. Heidi was Cheebs & Cooper's dog walker for a long time before she went to pursue her 2nd passion writing. Our gods loved her and her walks. The forest one day the beach the next or the polo fields. Cheebs & Cooper are special dogs. No really, both resues and Cheebs doesn't warm to anyone. They fell in love with Heidi and we fell in love with her as well. When she sold GoDogz we were really bummed but I am an avid reader and wished her well. So imagine my delight when I picked up her book Rules of the Ruff. It was one of those times where you think God I hope this is good because I really like the author and want her to be good at this. I couldn't put it down. I read it cover to cover with a smile on my face the entire time. I read ALOT! I have already finished 5 books on my vacation. Heidi is an absolutely fantastic writer. I loved her writing style. Her humor had me in the first few pages. Jessie trying to win over Wes with her "dog jokes" had me laughing out loud. I could identify so much with all the characters. I was the rebellious youth who didn't take no for an answer and started working at 10 years old so I had candy money. I rode my bike around "charming adults" so they would put me to work to shut me up. But I don't like kids very much... so Wes had me at hello. How Heidi developed the charaters of Ann, Loralee& Max totally shed light on the "mean popular" kids trying to be popular and liked when they are all equally insecure. Beautiful characters both young and old. Heidi hurry up and write another one. I was smiling, laughing, drawn into every character. Relating to the dog walks from the walker and the high maintenance "parents" of 4 legged children. I know my children are the cutest. I LOVE to get photos and have told the "other dog walkers, boarders, trainers" they should do that because it is the BEST thing about it. I LOVE seeing the babies happy with their pack on the trail. Heidi thank you for sharing both of your gifts with the world. WRITE another one quick..... Pam Rodgers Cooper, Cheebs and Austins Mom.
Read more

shari sawyers
5.0 out of 5 stars Not just another dog book!
Reviewed in the United States on August 31, 2018
Rules of the Ruff by Heidi Lang was sweet and funny, but also so much more, as we get a glimpse of the world through 12 year old Jessie’s eyes. Feeling pretty alone in her cousin's home for the summer , Jessie pesters a reclusive neighbor into letting her tag along on his dog walking job. She learns lessons about judging others, the complicated human nature, consequences of actions, how to stand up for yourself and still get along with others, and the fluidity of relationships. The ending was just beautiful and summed up all that Jessie learned about compassion. I think most kids (and adults) can relate to Jessie's experiences. I empathized with her, while still cringing at some of her actions. I liked the realistic portrayal of all the characters, and how Jessie learns that everything isn’t always black and white. People aren’t usually all good or all bad. We make good choices, and sometimes bad ones, and we keep trying. And we keep forgiving, because we don’t always know someone else's story.
Read more
One person found this helpful
Helpful
Comment Report abuse

TF
5.0 out of 5 stars Rules of the Ruff
Reviewed in the United States on September 1, 2018
Thank you to NetGalley for the ARC!

12-year-old Jessie is spending her summer at her cousin's house, but finds herself with nothing to do because her cousin is too busy hanging out with a mean girl to play with her anymore. Determined not to waste her summer, she convinces Wes, a curmudgeonly dog-walker to take her on as his apprentice and teach her the Rules of the Ruff. When someone new starts to try to move in on Wes's business, Jessie plans retaliation.

Heidi Lang writes a completely convincing 12-year-old in RULES OF THE RUFF and middle-grade readers will enjoy coming along for the ride as Jessie lives out her summer. Jessie is determined and optimistic, or stubborn and unrelenting, depending on what side of her you happen to be on. She spends her summer learning not only how to walk dogs, but also about how to be a person and deal with other people. This story takes the idea of revenge and shows how it can have unintended results, and Jessie ultimately takes a steps forward into being more confident in herself and being more understanding after an exciting summer.

I thoroughly enjoyed Jessie's story and I am excited to get a copy for my classroom when it releases! As a bonus, check out the author and publisher on Twitter for cute pictures of the dogs that inspired the pack in the book!
Read more
Helpful
Comment Report abuse

Patricia Bailey
5.0 out of 5 stars Wonderful!
Reviewed in the United States on August 14, 2018
Such a fun book! Smart and funny in all the best ways - with a character who doesn't always do the right thing, but is so easy to root for you can't help but going along for the ride (or, in this case, the walk). Rules of the Ruff is a realistic look at how sometimes good intentions can lead you astray and how even the worst people may be better than you think.
Read more
One person found this helpful
Helpful
Comment Report abuse

J. DieterleTop Contributor: Fantasy Books
4.0 out of 5 stars A strong character-driven dog story.
Reviewed in the United States on August 14, 2018
[I received an electronic review copy from Netgalley in exchange for an honest review. All opinions are my own.]

A strong, character-driven dog story, this will appeal to readers who love animals as well as those who are looking for stories where they can dig into the characters. The relationship between Jessie and the characters around her are fascinating. Jessie stays true to herself no matter who she is dealing with - the cute boy, the mean girl, the critical aunt or the grumpy dog walker. Feast on these nuanced relationships as you enjoy this great dog - and people - story.
Read more
Helpful
Comment Report abuse

Alexandra Ott
5.0 out of 5 stars Utterly charming
Reviewed in the United States on August 30, 2018
I love this book! Jessie is a character you can't help but root for, even when she doesn't always make the best decisions. And of course all of the dogs are adorable too. An utterly charming read for dog-lovers of all ages.
Read more
2 people found this helpful
Helpful
Comment Report abuse
See all reviews