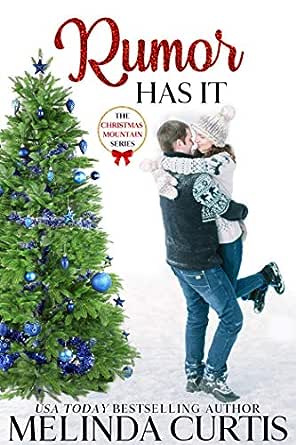 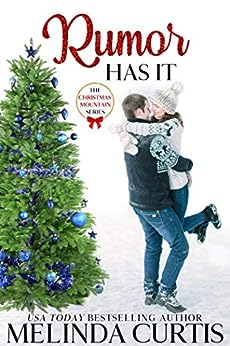 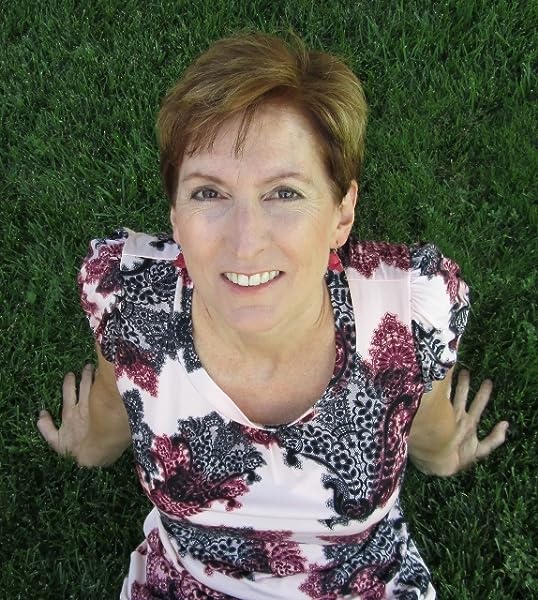 4.1 out of 5 stars
4.1 out of 5
48 global ratings
How are ratings calculated?
To calculate the overall star rating and percentage breakdown by star, we don’t use a simple average. Instead, our system considers things like how recent a review is and if the reviewer bought the item on Amazon. It also analyzes reviews to verify trustworthiness.
Top reviews

Marsha @ Keeper Bookshelf
VINE VOICE
5.0 out of 5 stars Twists and turns make this one a very intriguing romance
Reviewed in the United States on October 25, 2017
Verified Purchase
I’m going to admit that of all the stories in the Return to Christmas Falls series (so far) this one was the most difficult for me to find an immediate soft spot for the hero. Certainly in their past Kevin did some despicable things to Lexi. And in their present, he’s not off to a much better start. His actions have her denying something so fundamental that it’s playing with Lexi’s head. How could he possibly be doing this? And how was she supposed to be working with this man, helping get him elected when she knows there is truth that is not being told. As a reader I was stuck with a heroine that I adored – and a hero who wasn’t being much of a hero in my eyes.

Yet… as a life long reader of plot twists, I also know to wait it out, to let Kevin and Lexi tell me their story. And that’s when the magic happened…

And that’s as far as I want to take it for there are twists and turns that I do not want to accidentally give away. I enjoyed Rumor Has It In Christmas Falls, and I believe once you know the core of the man Kevin is that you will as well. What you see on the surface isn’t always the truth although the rumor mill will always view that differently. I absolutely loved Lexi’s mom. She is a jewel herself.

I own an e-book copy of this story.

Kathryn
5.0 out of 5 stars Forgiveness
Reviewed in the United States on January 20, 2021
Verified Purchase
Lexi Townsend left Christmas Mountain, Montana to make a career for herself, one she is very proud of.
She receives a letter from her old teacher asking her to come home, there is no way she would ever tell her no.
Her career just so happens to have a job for her to do in the beautiful town so it is a win win situation for her. Get in, do the job and get out as fast as she can.
Turns out the job puts her back together with the one person she never wanted to see again, the one who broke her.
Kevin O'Malley is running for office and needs a little political help, turns out the girl he always thought about is the one who is being sent his way.
Two people from different sides of the tracks, rumors destroyed them then, can he make her understand and give him another chance.
Can Lexi let go of the past and mend her heart, she needs to decide if the future is worth taking a leap of faith.
Read more
Helpful
Report abuse

mike
1.0 out of 5 stars Not worth the time
Reviewed in the United States on January 1, 2018
Verified Purchase
This is the worst of the Return to Christmas Falls books I have read. The characters are shallow and the plot unbelievable. It’s not enough that he totally ruins her reputation in high school; he continues to use her the next time he sees her years later and she takes it all, because she still “loves”him? He stays away a few days to be worthy of her (his words) and apologizes in front of the town, proposes and she accepts? Her boss marries her mother. He goes back to golfing and suddenly is successful. His father’s illegitimate baby he claims as his own is taken by her mother after she did not want her, he falls in love with the baby girl and after he is married builds a cottage on his wife and his property for the baby and her mother. Get real, please.
Read more
4 people found this helpful
Helpful
Report abuse

Jessie C
4.0 out of 5 stars The Rumors Are Flying About Lexi and Kevin!
Reviewed in the United States on November 2, 2017
Verified Purchase
Lexi and Kevin had a secret romance in high school, but after Kevin’s actions spread all kinds of rumors about Lexi, she planned to never see him again. Now as a political strategist, Lexi has been sent to her old hometown to help Kevin get elected as mayor. If she can do it, she’ll get a promotion, but with new rumors floating around about her and Kevin, she just might kill him first.

I liked Lexi. She had a lot of spunk, and her mom was downright hilarious. Lexi cared a little too much about what everyone in town was saying, but I loved that she could forgive Kevin, when he confided in her. Even with their past, she still wanted to help an old friend.

This story was funny, sweet, and I loved seeing all of the rumors finally unravel!

JBoehmke
4.0 out of 5 stars Rumor Has It
Reviewed in the United States on October 24, 2017
Verified Purchase
This was an interesting story. I liked Lexi right away. She was driven, but she certainly could hold a grudge for a long time. Then when she's sent on a job to her hometown, to help a Mayoral candidate (who happens to be the target of her grudge) her patience and emotions are tested.
The level of rumors in a small town like Christmas Falls is crazy, but very realistic. I grew up in a small town so I have seen it happen myself. No one wants to believe the truth when the rumors are more entertaining. Throw a political campaign on top of it and the drama seems endless.
Kevin was a good character too. I had a harder time connecting to him, but he grew on me as the story went on. Although he seemed to have the politician personality at the beginning, you eventually get to see that he really has good motives at heart, even if he doesn't go about things the best way all the time.
I enjoyed reading this story.
Read more
Helpful
Report abuse

Alleycat
1.0 out of 5 stars Really lame
Reviewed in the United States on May 24, 2018
Verified Purchase
This is a really weak story in this series. An unlikable hero and a weak heroine. Given her job as a political speech writer you would think that after 12 years she'd grown a set and didn't put up with the garbage from her ex. I didn't bother to finish this one. Skip over it and move on.
Read more
3 people found this helpful
Helpful
Report abuse

Jan Niblock
5.0 out of 5 stars Each rumor is a mystery
Reviewed in the United States on May 5, 2018
Verified Purchase
Love catching up with another one of the seven Miss Anna Cate’s girls. This one reads almost like a mystery because there are secrets upon secrets and it is fun trying to figure them out before the characters spills it.

Lexi is someone that grew up thinking that she was not worth anything, she had a major complex and Kevin didn’t help her with that. It is very interesting to see what Lexi is like as an adult, as she finds out what she is made of. Kevin is someone you cannot decide if you want to hate him or love him.

I really enjoyed that three of the girls were in the picture at the same time. What fun this story was to read.
Read more
Helpful
Report abuse

Amazon Customer
5.0 out of 5 stars Review
Reviewed in the United States on October 22, 2018
Verified Purchase
This is the fourth Return to Christmas Falls book , Lexi's story. In high school she and Kevin were sneaking around, but when his pompous father made a big scene at a school dance Kevin abandons her, starting rumors. Now she's home, sent by her boss to manage Kevin's mayoral campaign, and there are more rumors, saying she's the mother of his little girl. She's upset that he won't deny it; but he has a good reason. I'm loving this series and ready for the next one.
Read more
Helpful
Report abuse
See all reviews