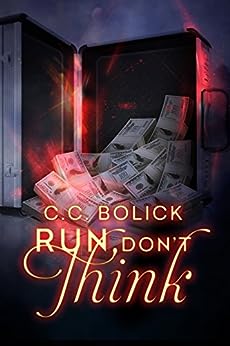 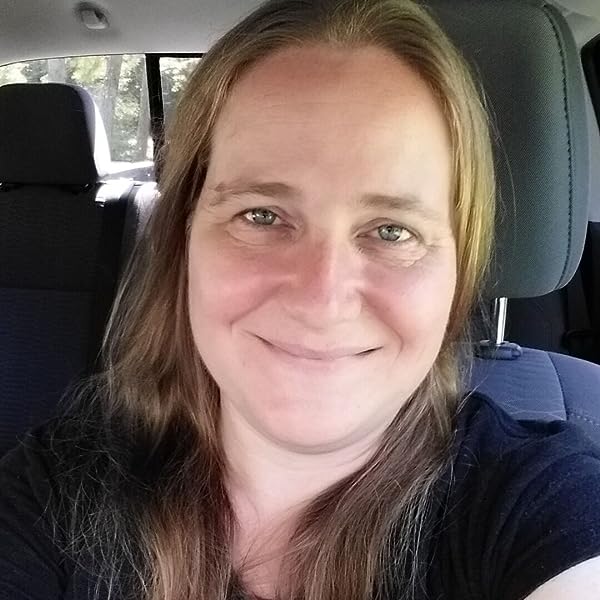 by C.C. Bolick (Author) Format: Kindle Edition
Book 1 of 4: The Agency
See all formats and editions
Sorry, there was a problem loading this page. Try again.
One hundred thousand dollars. A government agency on their trail.

Two teens are about to learn their world will never be safe again.

In this thrill ride, Angel and Skip go on the run after learning her dad works for a government agency. One of his deadliest enemies is out for blood and Angel could be his next victim. The teens must fight to stay alive as their road trip finds them running from cops and dodging undercover agents. No one is safe from the man with glowing eyes that only Angel can see.

Angel has no idea her dad's agency monitors people with special powers or that she's been on their list for years... she definitely never thought vampires could be real.

This is the first book of a new paranormal series based on characters who appeared in the Leftover Girl series.

Books in The Agency Series:

Books In This Series (4 Books)
Complete Series
The Agency
Kindle Edition
Page 1 of 1Start OverPage 1 of 1
Previous page
Next page
Create your FREE Amazon Business account to save up to 10% with Business-only prices and free shipping.

C.C. Bolick grew up in south Alabama, where she’s happy to still reside. She’s an engineer by day and a writer by night—too bad she could never do one without the other.

Camping, fishing… she loves the outdoors and the warm Alabama weather. For years she thought up stories to write and finally started putting them on paper back in 2006. If you hear her talking with no one to answer, don’t think she’s crazy. Since talking through her stories works best, a library is her worst place to write… even though it’s her favorite!

C.C. loves to mix sci-fi and paranormal—throw in a little romance and adventure and you’ve got her kind of story. She’s written a dozen books including the Leftover Girl series, The Agency series, and The Fear Chronicles. Her serial, Legacy of Power, is a prequel to the other books.

The Agency Series (Angel and Skip)

Heart of a Traitor

The Fear Chronicles (Rena and Travis)

The Mission (A Bulwark Anthology Book 10)

Kindle Customer
4.0 out of 5 stars Interesting read
Reviewed in the United States on February 4, 2019
Verified Purchase
I am probably going to buy the next in the series.
This book stands perfectly well on its own and is not a cliff hanger!
The more that I read the free offerings the more that I appreciate that.
My genuine thanks to the author.
Read more
3 people found this helpful
Helpful
Report abuse

Kindle Customer
4.0 out of 5 stars Fun Adventure with Twists
Reviewed in the United States on June 3, 2019
Verified Purchase
Fun characters that run for their lives not knowing why. They love each other but feel lost from their families. What's next! You'll have to read it to find out.
Read more
One person found this helpful
Helpful
Report abuse

Valencia Redd
5.0 out of 5 stars Run Don't Think (The Agency)
Reviewed in the United States on April 25, 2018
This book is kind of a spin-off from Bolick's previous Leftover Girl series, but it is entirely different from that series. It's a totally different genre even, this one is Paranormal suspense/mystery, and Bolick writes it well! From the beginning to the end, it's filled with action, suspense, and mystery. The story begins with Skip Greene and his girlfriend Angel leaving their Senior when they're attacked by some masked thugs in the parking lot. One of the thugs removes his mask and they see he's a former friend that they have seen for over a year. He gives Skip a briefcase full of money and tells him to take Angel and leave now- run away- for they're in danger, hence the title. That's where their adventure begins. I loved this book! The characters are interesting and complex especially Angel and her dad, and you want to learn more about them because you care them. And the plot is great with so many twists and turns. I don't want too give away too much , so that's all that I will say, but check it out for entertaining edge-of-your-seat suspense filled read!  Run Don't Think (The Agency)
Read more
5 people found this helpful
Helpful
Report abuse

N. N. Light
VINE VOICE
5.0 out of 5 stars A brilliant paranormal adventure not to be missed!
Reviewed in the United States on July 30, 2020
Angel and Skip are held up by a group of thugs. Before they take a breath, their friend, Pade, hands them a suitcase full of money and tells them to run. Unsure what to make of it all, they head to Angel’s house. There, they hide out in her bedroom and listen at the door as two men in suits talk to Angel’s parents. Once the suits are gone, Angel’s dad finds her and Skip and gives the two teens a direct order: run, don’t think. They take his advice and thus the adventure for these two teens begins. On the run and heading north with only each other and a huge amount of money, they quickly realize there’s two parties following them. One is a set of government agents and the other is something straight out of a horror flick. Just when Angel thinks she has a handle on the situation, she realizes her whole life has been a lie. In order to save Skip’s life, she’ll have to become the one thing she detests: a monster. Can she come to grips with her new reality or has she bitten off more than she can handle?

Run, Don’t Think is a brilliant paranormal adventure I couldn’t put down. Angel and Skip are a pair of runaways but it’s not because they’re reckless and in love. They’re on the run from something dark and sinister. Angel is not your run of the mill heroine and that is what appealed to me. I call her an antihero but there’s something about her I relate to. The romance between Angel and Skip is sweet yet very realistic. If you’re a fan of paranormal and young adult with plenty of adventure, you have to read Run, Don’t Think. I can’t wait to read the next installment. Highly recommend!

Disclaimer: I read this on Kindle Unlimited

Avid Reader
5.0 out of 5 stars Thoroughly enjoyed this book
Reviewed in the United States on April 29, 2018
Thoroughly enjoyed this book. It was fast paced and kept me guessing. I’m looking forward to the next book in the series.
Read more
3 people found this helpful
Helpful
Report abuse
See all reviews
Back to top
Get to Know Us
Make Money with Us
Amazon Payment Products
Let Us Help You
EnglishChoose a language for shopping. United StatesChoose a country/region for shopping.
© 1996-2021, Amazon.com, Inc. or its affiliates