The Runaround: A Single Dad Romantic Comedy and millions of other books are available for Amazon Kindle. Learn more
Share <Embed> 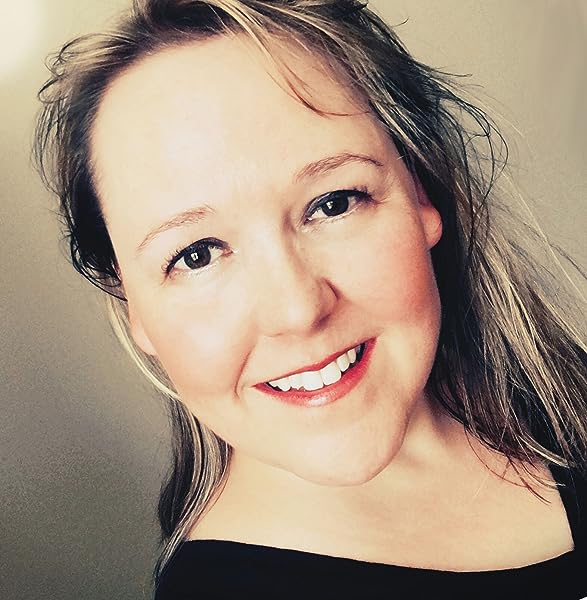 by Sylvie Stewart (Author)
4.5 out of 5 stars 134 ratings
Book 6 of 6: Carolina Connections
See all formats and editions
Sorry, there was a problem loading this page. Try again.

Page 1 of 1 Start overPage 1 of 1
Previous page
Next page
Start reading The Runaround on your Kindle in under a minute.

4.5 out of 5 stars
4.5 out of 5
134 global ratings
How are ratings calculated?
To calculate the overall star rating and percentage breakdown by star, we don’t use a simple average. Instead, our system considers things like how recent a review is and if the reviewer bought the item on Amazon. It also analyzes reviews to verify trustworthiness.
Top reviews

Energy Rae
5.0 out of 5 stars Such a Fun Read
Reviewed in the United States on November 19, 2019
Verified Purchase
Ari is a talented woman who has a long term plan and is working multiple jobs to see those plans come to fruition. She's agreed to be a voice coach for Jax's daughter Lola. Try as she might to stay out of it, she can't help notice the tension between Lola and Jax, and she can't help but want to find out what happened to cause that rift, and how she can fix it.

Even though Jax is known for playing the field, he's become hooked on Ari from the start. Her voice, her smile, her body. Not to mention that she's incredibly smart and definitely going places. But he's a single father, Lola hates him and Lola's mom does not make it easy. After a fling has him wanting more, he's not sure how they could work a relationship. Especially considering how private he is. But these two deserve a chance.

I always know when I read a Sylvie Stewart novel that I'm going to laugh and I'm going to swoon. I love Ari's inner monologue as it has me laughing out loud. Lola is a fantastic character and I hope down the road, when she's a bit older, that she might get a book of her own because I could not get enough of her. The Runaround is angsty, it's hilarious and sexy as hell. There might have even been a few moments where I needed a tissue because Ari and Jax were just too much. I absolutely loved this book, it's such a great addition to the series.

Meg Nyberg
VINE VOICE
5.0 out of 5 stars Magic
Reviewed in the United States on November 11, 2019
Verified Purchase
Wow, just Wow. I LOVED this book. The storyline was quite unique, extremely funny, at times thought-provoking, full of witty repartee, and most of the time, just plain sizzling. I loved strong, vibrant Ariana, and I loved charming, oh so hot Jax. Both had unknowingly let their pasts dictate how they approached relationships. But Lola, Jax's surprise daughter, provided the perfect stimulus to counter all that. It was pure pleasure to read their endearing journey. It would be a shame to miss it.
Sylvie is an automatic buy for me, and this is another wonderful addition to my collection.
Read more
Helpful
Report abuse

CorJohn118
4.0 out of 5 stars Excellent book and series
Reviewed in the United States on April 15, 2021
Verified Purchase
I put off reading Ari’s story because I was not a fan of her character in previous books. Boy was I wrong. She was a firecracker and Jake was her excellent counterpart. And we got the benefit of the Amante family! Momma Amante was just to die for and omg so I love the brothers and father too, not to mention Lola. This was a great read and a great series. I look forward to more by this author
Read more
Helpful
Report abuse

Evelyn
5.0 out of 5 stars Sweet and Spicy Romance
Reviewed in the United States on November 1, 2019
Verified Purchase
Ari and Jax. I wasn’t sure I really cared about Ari in a previous book but getting her own story she got under my skin! This is a sweet love story. (If you like your love story a little on the spicy side.) Ari is the friend you wish you had. Loyal, fierce, confident. Jax is the charmer everyone loves. Together they bring out the best in each other. Slyvie Stewart has created such a great series. My favorite is always the last one I just read.
Read more
Helpful
Report abuse

J. M. C.
5.0 out of 5 stars So much fun!
Reviewed in the United States on January 29, 2020
Verified Purchase
A great read with wonderful M/C and the Leading man's daughter. Some hilarious times and some tear worthy times. I loved the relationship and bonds that formed between them all.

A highly recommended read! Buckle up, there is humor and hardship ahead, but also some wonderful feels too. Loved it!!
Read more
Helpful
Report abuse

Wisteria strong
5.0 out of 5 stars FUNNY , SEXY,and all the FEELS!
Reviewed in the United States on October 30, 2019
Verified Purchase
Sylvie Stewart does it again! She lets you see one more piece of the puzzle in this ever funny, swoony and caring world she’s created. Read the series you’ll thank me later;-)
Read more
Helpful
Report abuse

Linda
5.0 out of 5 stars Total enjoyment!
Reviewed in the United States on February 8, 2021
Verified Purchase
Not only this book, but the entire series is absolutely fun to read! I couldn't put them down! Will definitely read more of her books! Thanks for writing them!
Read more
Helpful
Report abuse

Rebecca LMT
5.0 out of 5 stars Fun
Reviewed in the United States on December 22, 2019
Verified Purchase
I love it when people think they have life all planned out, but life doesn't work that way! Ari is all structure and purpose, while Jax is laid back, going with the flow. They need each other to balance out.
Read more
Helpful
Report abuse
See all reviews

MsMerylB
4.0 out of 5 stars Well worth a read!
Reviewed in the United Kingdom on November 5, 2019
Verified Purchase
I love Sylvie Stewart’s stories! You are guaranteed great friends, wonderful characters, crazy laugh out load moments and a story that keeps you reading as it is filled with tiny nuances.
Ari, Jax and Lola had a real rollercoaster of things happen but in the end they are stronger together 😁
Read more
Report abuse

Brenda
5.0 out of 5 stars Love this book
Reviewed in the United Kingdom on February 8, 2020
Verified Purchase
I have loved every book in this series, in fact I love all of Sylvie Stewart's books. Highly recommend them all.
Read more
Report abuse

Angela Hayes
4.0 out of 5 stars A fun read!
Reviewed in Australia on January 24, 2020
Verified Purchase
4 Stars

The Runaround is the sixth book in the Carolina Connections series by Sylvie Stewart. It is a fun, light-hearted romantic comedy. It may be the sixth book in the series, but can be read as a standalone. But, after reading this book, you will definitely get a taste for Ms. Stewart’s stories, so be prepared to want to go back to read the other books in the series, too.
I loved the funny, flirty banter between the characters. It really made the story for me. Jax and Ari certainly give, and get, The Runaround- and I enjoyed following along for the ride.
This is a sweet, steamy, funny and very entertaining story. Such a fun read!

Cat woman
5.0 out of 5 stars Funny as all get out
Reviewed in Australia on October 29, 2019
Verified Purchase
I think Sylvie has nailed it completely once again. A howl out loud laughing romcom that delves into a touching single dads trials and tribulations all with a wicked twist of the giggles.
Read more
Report abuse
See all reviews
Back to top
Get to Know Us
Make Money with Us
Amazon Payment Products
Let Us Help You
EnglishChoose a language for shopping. United StatesChoose a country/region for shopping.
© 1996-2021, Amazon.com, Inc. or its affiliates