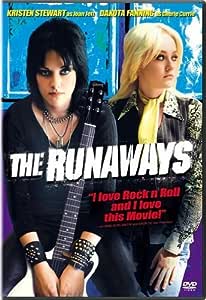 "Rock ‘n' roll fans of every gender and generation will identify with this." - A.O. Scott, THE NEW YORK TIMES

In adapting Cherie Currie's memoir, Neon Angel, Floria Sigismondi focuses on three figures. Sensing imminent stardom, Sunset Strip impresario Kim Fowley (Michael Shannon) brings together blond Bowie fanatic Cherie (Dakota Fanning) with raven-haired rocker Joan Jett (Kristen Stewart). Manufactured bands weren't a novel phenomenon in the 1970s, but the Runaways wrote their own songs and played their own instruments, paving the way for the all-girl outfits to come. With a mother (Tatum O'Neal) in Singapore and a perpetually drunk father, Cherie and her sister, Marie (Riley Keough), must fend for themselves. When the group heads out on tour, there's no adult supervision, leading to drinking and drugging from California to Japan, where the crowds go wild, but just as they're taking off in public, they're falling apart in private. Cherie tires of Fowley's tough-love tactics, while her bandmates resent the focus on their sexpot singer. The best thing about Sigismondi's film is that her risky casting choices pay off: Fanning leaves her little-girl roles behind just as easily as Stewart breaks free from her Twilight shackles, so it's too bad Jett has no back story and that the other players, particularly Sandy West (Stella Maeve) and Lita Ford (Scout Taylor-Compton), don't register more as distinct personalities. Shannon's Fowley, on the other hand, steals the show with his profane performance. For a film dedicated to female empowerment, that may not have been the director's intention, but as Fowley says, "This isn't about women's lib; this is about women's libido." --Kathleen C. Fennessy