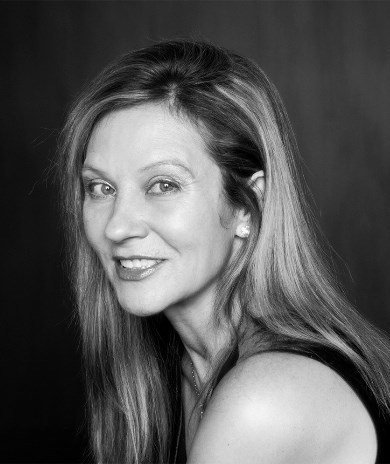 Running from Love: A Story for Runners and Lovers Paperback – November 13, 2012

"Wonderfully written, Running from Love is a perfect romance book for runners and non-runners alike." --Valerie Smaldone of 1010 WINS

ROZSA GASTON is an author who writes serious books on playful matters. She studied European history at Yale, and received her master's degree in international affairs from Columbia. In between Rozsa worked as a singer/pianist all over the world. She lives in Bronxville, NY with her family and runs with the Van Cortlandt Track Club, Bronx, NY.  Find her at rozsagaston.com to learn more.

Start reading Running from Love: A Story for Runners and Lovers on your Kindle in under a minute.

3.8 out of 5 stars
3.8 out of 5
83 global ratings
How are ratings calculated?
To calculate the overall star rating and percentage breakdown by star, we don’t use a simple average. Instead, our system considers things like how recent a review is and if the reviewer bought the item on Amazon. It also analyzes reviews to verify trustworthiness.
Top reviews

Sandra's Book Reviews
2.0 out of 5 stars couldn't stand the insipidness
Reviewed in the United States on December 11, 2018
Verified Purchase
I love running! So obviously I wanted to read this book. What a disappointment!

Farrah is a competitive racer and will do anything to win. She takes it too serious, whereas I just like to run for fun. Track and Field and other races are of no interest to me.

From then on, we get a team of racers that get together and talk about what? That's right. Racing. Calve definition, biceps, triceps, muscle building, running form, diets, etc. Oh, brother. I hope this is not all they talk about throughout the book. But I couldn't stand the insipidness any longer to find out.

Mec
3.0 out of 5 stars Girl meets boy ...
Reviewed in the United States on October 13, 2013
Verified Purchase
Girl meets boy, girl loses boy, girl gets back together with boy ... with lots of running.

Good parts:
The running. My favorite is the scene on Wave Hill, but I enjoyed all the running scenes.
The ending scene. It's silly and fun and pairs up the running and romance perfectly.

Bad parts:
Too many minor characters are there mostly to advise Farrah or Jude. Many of them have just about no purpose but to offer advice. I actually liked Missy because she had her own life and her own motives.
Not enough comedy during the parts where Farrah and Jude misunderstand each other.
Will is such a cookie-cutter bad guy. He would be more interesting if he had some good traits. Farrah did love him.
Read more
Helpful
Comment Report abuse

Kindle Customer
4.0 out of 5 stars Sweet story
Reviewed in the United States on February 23, 2019
Verified Purchase
This was a sweet romance and somewhat predictable. I enjoyed this book and liked the main characters.
Read more
One person found this helpful
Helpful
Comment Report abuse

Amazon Customer
5.0 out of 5 stars waiting for more
Reviewed in the United States on July 20, 2013
Verified Purchase
alas, it doesn't look like it's to be -- ms. gaston that's a plea to you :] ... A very insightful story from both pov's and that's the best part. why this guy can be so aware of Farrah's internal conflicts but not in the most obvious of situations (i.e. other women) tells the story of men vs women thru history I suppose -- he just seems like such a dope sometimes. Did love the competitiveness that our heroine portrays and her growth within it as well. but .. surely there can be more in this story to tell .. please, please !!!!
Read more
One person found this helpful
Helpful
Comment Report abuse

ER
4.0 out of 5 stars A fun read for runners and romance lovers
Reviewed in the United States on June 23, 2013
Verified Purchase
Story is enjoyable and easy. Not overloaded with running jargon and techniques (in case you are worried about that). It's really just fun with an interesting viewpoint on finding your place within your own life.

The only thing wrong with the book is that quotes are frequently missing around spoken words. It's a bit hard to figure out when a speaker is speaking or finishes speaking when the quotes are missing. I had to re-read those parts (and there are a lot of them) for clarity. Fixing the missing quotes issue would greatly improve the reading ease of the story.
Read more
Helpful
Comment Report abuse

Sandy Milan
TOP 1000 REVIEWER
3.0 out of 5 stars Probably more interesting if you are a serious runner
Reviewed in the United States on July 12, 2013
Verified Purchase
Despite the fact that I've run a bit in my time, I didn't love all the running facts in this book. The romance wasn't bad and I think the author did a credible story of building the romance slowly. There were times that I wanted to slap the h for being so stubborn and there were occasions that the H was just plain stupid. A little communication would've made this story less excruciating. I think the author overdid the misunderstandings which took away from the romance.

It was a freebie and it was entertaining but just not memorable.
Read more
Helpful
Comment Report abuse

Gatorfan
TOP 500 REVIEWERVINE VOICE
1.0 out of 5 stars I just didn't get it
Reviewed in the United States on July 31, 2013
Verified Purchase
Why would anyone LOVE this book? The story is about two runners meeting and falling for each other, sort of. The story line sounded good, the reviews were good, how could I lose?

However, I found I HATED the heroine. She was self-centered, judgmental, and stupid to name a few. She goes with a guy for 3 years, he criticizes, judges her every action, tells her how to talk, does everything but physically slap her. He is the love of her live! R U KIDDING ME? This guy is a total jerk and has no redeeming qualities. He dumps her over the phone no less and in 8 months he is married to the rich socialite. Then after a short time he decides the marriage is not working because he is bored so he shows up back on her doorstep.

She gets ready pissed because she sees the hero with a group of women and assumes the worst. Hangs up on him because he was talking to a woman on the phone, etc. Acts like a crazy woman. BUT SHE IS SEEING HER EX who is still legally married, in some countries, and she seems to be okay with that. REALLY? At least he wasn't DATING any of these women he was just having his picture taken, in public, with them. She is DATING a married man, considering having sex with him again but oh, almost forgot. He was the love of her life. Sterling character that he is.

The hero I liked. Sort of. He has all the makings of a good hero, he came from a poor family and was the son of the custodian of one of the largest estates in his area. So he grew up around rich but he didn't share in it. So far so good. But then, he seems to do everything he can to copy the rich that he professes to dislike. Especially the fake and phony women. Yet every goal seems to get into the country club to be around them. And he pretends to be one of them to achieve it. Didn't make sense.

Now here is where he lost me. He falls for the runner girl, an average hard working girl paying her own way and not a lot left over after paying. She treats him like crap. He keeps chasing her. WHY? She had no sweet, loving traits. Just snarky hateful actions. AND to top it all off. When the ex shows up she spends way too much time considering taking him back.

NOW< just ONE reason why she should take him back. He dumps her without a second thought to her feelings, etc. He treated her like crap the whole time he was dating her, she was never good enough. OH BUT I almost forgot. He was the LOVE of her life! Really, that is LOVE? So he drops back in and wants to take up right where they left off. And she is undecided? I got so annoyed with this girl and so disgusted that he would become such a doormat for her that I quit reading right around Thanksgiving. I went back to the reviews and one after another was loved the book, great book, etc. I just do not see it. Plus, I will admit the hero had a lot of thoughts that just were not hero like to me. Plus, he seemed to be broke, in debt, and instead of doing something about it, he would just charge something else. Not a trait that I would think high on the pro list. Maybe these people were more real than most of the characters I like to read about. If so, I would rather get away from real and get back into fiction. I didn't care for it and really did not like the characters, especially the heroine and her ex, they really deserved each other. Of course, I did learn one thing. I now know why the divorce rate is so high if morons like this marry how could it possibly last? He did it to her once and she was setting herself up for him to do it again.

All thru the book she gets good advice in remembering thoughts her parents shared with her. Too bad she didn't listen to more of them.
Read more
4 people found this helpful
Helpful
Comment Report abuse

Rachel
4.0 out of 5 stars Good summer read
Reviewed in the United States on May 9, 2016
Verified Purchase
A great story that will make you feel at home in Riverdale and Greenwich. It made me miss the easy camaraderie of my running club and had me reminiscing about days of new love. The book takes you on a journey of self-discovery and may inspire you to sign up for a local running race!
Read more
2 people found this helpful
Helpful
Comment Report abuse
See all reviews