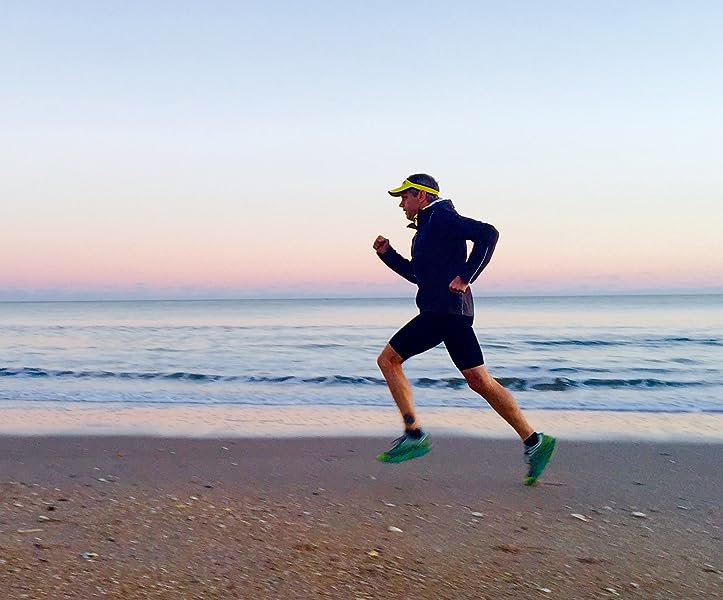 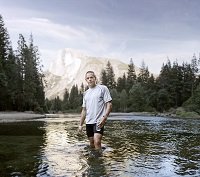 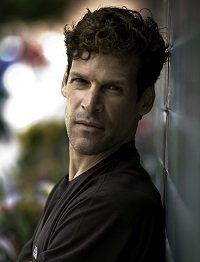 Charlie Engle is an ultramarathon runner, an adventure-seeker, a global explorer a philanthropist; he's also a recovering crack addict, a convicted felon, and a man driven to the edge of human endurance and achievement.

And he has written a gripping, vivid, gritty, funny, unforgettable memoir chronicling his globe-spanning races, his record-breaking 4500-mile run across the Sahara Desert, his decade long struggle with addiction and an unfortunate stint in federal prison for mortgage fraud.

More than anything, this book is about how Charlie found solace and salvation through running.

Engle opens up about his many harrowing bottoms and how he found a way out of addiction—or maybe a parallel addiction— through running, first marathons, and when marathons weren’t enough, 50, 100, 135 mile races often in the most inhospitable places on earth: from the Australian outback to the jungles of the Amazon to the hallucinatory heat of the California desert.

He chronicles his ascendance as a superstar in the running community—his charisma and edge made him a natural on the Mark Burnett produced Eco Challenge Borneo and in the Matt Damon produced film Running the Sahara. And how his notoriety attracted the attention of an investigator, who felt Charlie couldn’t possibly afford to pay for all of this adventuring given that he owned a small dent-repair business. Charlie was ultimately convicted of mortgage fraud.

Charlie is self-effacing about his mistakes. He made many—as a man, as a husband, as a father, as a runner, and he was careless in checking over the paperwork that a mortgage broker filled out for him in 2007. It could be reasonably argued that Charlie was little more than a victim of circumstance, but when the housing market collapsed he was caught in the backwash and paid a heavy price: a 16-month sentence in a federal penitentiary in Beckley West Virginia.

But this book is not a defense of Charlie’s actions. It’s, in part, a vivid account of his time in prison, where he chronicles his struggles to keep his spirits up in dehumanizing circumstances. He decides since he cannot run Badwater, a 135 mile race across the hellscape of Death Valley in mid-July, he’ll run that 135 miles around the prison track. He makes it his mission. I never thought a guy running in circles could be so surprisingly funny, upbeat and remarkably inspiring, even transcendent.

Charlie’s story is incredible. It is gripping and emotional and—more than anything—it is real. I enjoyed every page, and I’m sure you will, too.

"Running Man is Charlie Engle’s rigorous and humane reckoning with his own extraordinary life. It follows him to wondrous and painful places—from triumphant determination on Andean peaks to desperation on the streets of Wichita, from camaraderie in the middle of the Gobi desert to despair and community in a West Virginia federal penitentiary.

Engle is a man drawn to the sensation of pushing himself fully, and he’s found various kinds of extremity in all sorts of places—in a crack pipe and in a brutal four-month run across the length of the Sahara. He has also found himself, in powerful ways, in ordinary relationships—in partnership and fatherhood—and this book is a moving account of his attempt to reconcile his hunger for extremity with his commitments to the ones he loves.

Engle reports on the difficult and joyous places to which his suffering has delivered him, but he reports on them with wit, and candid self-interrogation, and genuine curiosity. He never takes himself too seriously, but he does take seriously the questions of where we find meaning and freedom, as well as the question of what might grant him—or anyone—the sense of a life well-lived."--Leslie Jamison, New York Times bestselling author of The Empathy Exams

“Running Man is a fascinating story about a man who has shattered the limits of human endurance and lived life on the edge.”--Dean Karnazes, endurance athlete runner and best-selling of author of RUN! 26.2 Stories of Blisters and Blissand Ultramarathon Man

“Running Man will make you cry, laugh, cheer out loud, redefine what you think is possible and leave you in awe. Most of all, it is a powerful and unfailingly authentic testimony to something we all share — what it means to be truly human.”--Rich Roll, endurance athlete, best-selling author of Finding Ultra: Rejecting Middle Age, Becoming One of the World's Fittest Men, and Discovering Myself

“Riveting. Running Man gets at the heart—better than anything I've ever read about endurance sports—of what compels a person to compete in the world's toughest foot races. Charlie probes his own life and psyche with remarkably honesty, offering the reader a portrait of a world class athlete, but also an addict, an inmate, a son, a father and a man committed to his own sobriety and sanity. Thanks to this book I finally understand what drives the spirit of ultra runners."--Chris Kostman, Chief Adventure Officer and Race Director AdventureCORPS, Inc.

"Running Man is a fascinating read, proving something I always believed, that running is the ultimate faith healer, restoring belief not only in oneself but in life’s possibilities."--Bart Yasso, author of My Life on The Run and Chief Running Officer at Runners World

"Whether surviving the pain of ultra marathon running or of incarceration, this is a story of redemption and courage in the face of adversity. "--Mary Gadams, Founder, RacingThePlanet, 4 Deserts Race Series

"An open tale of one mans battle with two addictions. When he finally puts the substance addiction in check, the power of the human spirit shines and his need to run prevails!"--Matt Long, author of The Long Run

"Ignore the title of this book, the cover shot of its author, along with his staggering running resume. For this is not a book about running, but rather a tale about human capacity: for misery, for self-destruction, for rebirth, for redemption, for grace, and most importantly, for love. This one's got it all."--Caleb Daniloff, author of Running Ransom Road and co-author of November Project

“First-time author Engle’s fascinating account of the high and low points of his life as an ultramarathon runner is written with cinematic quality…uplifting and inspirational.”--Publishers Weekly

"Running Man is a captivating insight into how Engle forged the ability to conquer the impossible by overcoming physical and mental challenges so brutal they would break most people." --Joe De Sena, Founder & CEO, Spartan Race

Charlie Engle is a world-renowned ultra-marathon runner, having won or placed in some of the planet’s most punishing long-distance footraces. In 2007, Matt Damon produced and narrated Running the Sahara, a film about Engle and his successful bid to become the first person to run 4500 miles across the Sahara Desert. Engle has been featured in Men’s Journal, Outside, National Geographic Weekend, Oxford American, Runner’s World, The Huffington Post, PBS’s Need to Know, NBC’s Rock Center with Brian Williams, The Tonight Show with Jay Leno, and NPR’s All Things Considered. He lives in North Carolina.
Read more

Page 1 of 1 Start overPage 1 of 1
This shopping feature will continue to load items when the Enter key is pressed. In order to navigate out of this carousel please use your heading shortcut key to navigate to the next or previous heading.
Back
Next
Pages with related products. See and discover other items: books about new york, front runner