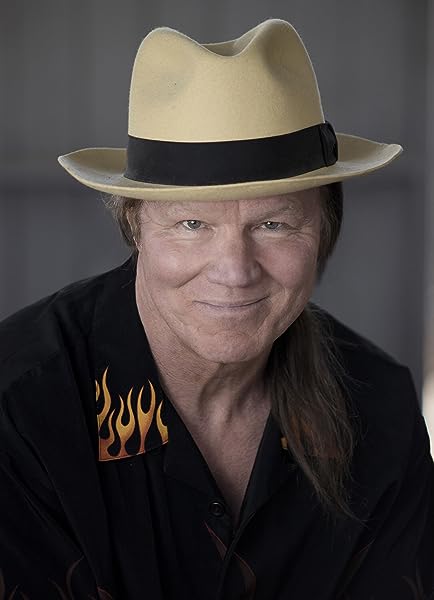 Running Through A Dark Place (The Lance Chronicles) Paperback – May 12, 2014

by Michael J Bowler (Author)
4.8 out of 5 stars 18 ratings
Book 2 of 5: The Lance Chronicles
See all formats and editions
Sorry, there was a problem loading this page. Try again.

"Just like the first volume in the cycle, this book is not onlybeautifully written, but also touches the reader on a deeper level. It's not just entertainment, but a story that changes your outlook on life.It is a story that explores the depth of human madness and hate, butalso the depth and beauty of the various types of love. Such a fantastic book!"
- Readers' Favorite

"A superbly written tale, this book kept me on the edge of my seat as Ilost more than a few hours sleep from needing to know what happenednext. How was character XYZ's behavior going to be explained? Whatexactly was Operation Silent Treatement? A difficult past haunts maincharacters, a mysterious figure becomes a part of daily life in a waythat is difficult to figure out, and a wonderfully rich story unfolds in a way that gives me hope that a spark can move mountains. Can childrenchange the world? Watch them."
- Only God Writes Trees

"Heart. That's what fills the writings of Michael J. Bowler. Love,empathy, a warm embrace of humanity, together equals a special kind ofgoodness that flows through his pages. To be blunt, if you don't like to feel, then don't read his work. But if you're okay with gettingemotional, he has the ability to tug at your heartstrings like no oneelse can."
- Tribute Books

"Taking a historical figure made mythological and imagining what hiscrusade would be in today's age is really ingenious, and is a testamentto Michael J. Bowler's skill, but what I like best about his writing isthat he does not pull any punches. He lays the tough issues out there as they are and shows his characters' struggles in tackling these issues.While many of his characters are what would be considered at-risk youth, Running Through a Dark Place, and the rest of Michael J. Bowler's Knight Cycle, will appeal to all youth and those adults who work with youth."
- Reading Challenged

Michael J. Bowler is an award-winning author who grew up in Northern California. He majored in English/Theatre at Santa Clara University, earned a master's in film production from Loyola Marymount University, a teaching credential in English from LMU, and a master's in Special Education from Cal State University Dominguez Hills. Michael taught high school in Hawthorne, California for twenty-five years, both in general education and to students with disabilities. When Michael is not writing you can find him volunteering as a youth mentor with the Big Brothers Big Sisters program and volunteering within the juvenile justice system in Los Angeles. He is a passionate advocate for the fair treatment of children and teens in California, and hopes his books can show young people they are not alone in their struggles.

You can find Michael at michaeljbowler.com.

Michael J. Bowler is an award-winning author who grew up in Northern California. He majored in English/Theatre at Santa Clara University, earned a master’s in film production from Loyola Marymount University, a teaching credential in English from LMU, and a master’s in Special Education from Cal State University Dominguez Hills. Michael taught high school in Hawthorne, California, both in general education and to students with disabilities. When Michael is not writing, he serves as a youth mentor with the Big Brothers Big Sisters program and a volunteer within the juvenile justice system in Los Angeles, but mostly he takes care of his recently adopted son. He is a passionate advocate for the fair treatment of children and teens in California and hopes that his books can show young people they are not alone in their struggles.

You can find Michael at:

I am not sure I can remember reading a book that tugged my heart strings in this way. Up, down, backwards, forwards, in, out, over here, over there...simultaneously...and TIGHTLY! I started Running Through a Dark Place and could not put it down. My emotions ran rampant, crying regularly, lying awake angry at one character or another, mostly just trying to internalize a story that consumes you from word one. I was mesmerized with Michael J. Bowler's second novel of children who are trying to take over the world. The book draws you in from the foreword (penned by Mia Kerick) and beyond that, you are on your own.

Running Through a Dark Place continues King Arthur's crusade of young people showing that they are the future of the country, if not the world. The Boy Who Came Back and his fellow knights are presented as real people. Kids. Those among us who make mistakes, and the novel tends to show us that in very graphic testimony. As well as the consequences. Thus the anger...not at Bowler's presentation, but of the kids who act stupid! But those mistakes are predicated on typical adolescent behavior so it's hard to get but so mad. I got mad. Then I was sad as the boys realized what they had done. Heartstrings, remember? The backgrounds of Lance and Ricky are important here, as is the intrusion (introduction?) of Michael, so deftly interviewed by Mia here...[...]... In Running Through a Dark Place Michael shows his true colors, from one end of the gamut to the other, and we are left to wonder exactly what the true hues may be. He helps, he hurts, he...is an enigma.

Lance and Ricky must face many of their greatest fears. Can they actually be the leaders of this crusade? It's a hard thing to do! And...are they gay? For each other?!?!?! Oh no, they are "real boys" as Bridget and Ariel prove over and over. Or do they? What about Michael? As the boys struggle to be regular kids who can be famous and also have girlfriends, the travails of running a crusade in California proves to be the match for King Arthur and his knights. There is so much going on as the crusade progresses from neighborhoods in LA to a statewide push to change the fate of youth in the state. Sometimes, you have to wonder if anyone can control the whole thing. That's a good question. There is hell to pay, over and over again as various factions act out for their own good. From individuals to the organizations involved, we are constantly wondering what comes next in the give and take of a huge undertaking that involves everyone in the state (country? world?). God help them.

Running Through a Dark Place is at all times compelling, drawing you in, and not letting go. You are truly heartless if you cannot empathize with every character involved; Lance, Ricky, Jenny, Arthur, Michael, Reyna, Esteban, all the other knights, the mayor, the cops, the governor. I challenge you to read this without a tear in your eye. It's that strong. All the way around.
Read more
2 people found this helpful
Helpful
Report abuse

Kindle Customer
5.0 out of 5 stars An emotional roller coaster
Reviewed in the United States 🇺🇸 on May 19, 2014
Verified Purchase
Children of The Knight II: Running Through a Dark Place" Review.

WOW, what a roller coaster ride Michael sent me on with this second installment of his Children of the Knight series.

Arthur's "Childrens' Crusade" is well on it's way after cleaning up the various `hoods in L.A.. His new Round Table is growing by leaps and bounds. But even as they gain momentum and more supporters, they are also gaining more enemies. Will the adults manage to derail the crusade, or will problems from within cause it to fail? Will various personality conflicts within the knights cause things to fall apart or will Arthur manage to maintain the peace and feeling of brotherhood and family intact long enough to finish what they have started?

Michael manages to draw you in like you're under one of Merlin’s spells and traps you in this world that he has created and not turn you loose. But I, personally, would not WANT to be turned loose. His characters have great depth and complexity, something a lot of writers seem to have trouble achieving, and he does it without boring you with a whole lot of un-needed details like some very famous authors I could name tend to do.

If you have not read Children of The Knight, and gotten drawn into Michaels spell, then you really need to get it, read it and then get and read this second installment. You will be very glad that you did. And you'll want to do this before book 3 comes out in a few more months.
Read more
2 people found this helpful
Helpful
Report abuse

Neil in Morgan Hill
5.0 out of 5 stars The awaited sequel doesn't disappoint!
Reviewed in the United States 🇺🇸 on November 17, 2014
Verified Purchase
A 5-star rating for Michael Bowler's Running Through a Dark Place.

I enjoy this series. It is important to start with the book 1 and continue through the 5-book series. Michael Bowler has completed the series making all 5-books available.

I recommend this series to readers that enjoy reading a coming of age story with a super-natural twist. Lance has more than enough challenges he must go through as he balances his leadership role with the longing to be a kid. Keeping this balance is a tremendous challenge for any leader. For a 15-year old, it is even more difficult and creates a wide open space for an author to create a fascinating story.

I recommend reading a number of the reviews for the series as the level of description will provide you with the information you may need to determine if the series is right for you.

Once you start one of the books in the series, it is difficult to set it down. If you like to read before going to sleep like I do. Be warned you may end up reading for far longer than intended. Finishing the second book last night, I couldn't wait to start on the third book in the series.

I know a series is great when I don't want it to end. The Children of the Knight series is one of them. Thank you Michael Bowler for providing us with great entertainment while stimulating us to be mindful of the plight of children within our society.
Read more
One person found this helpful
Helpful
Report abuse