Share
Have one to sell? Sell on Amazon
Flip to back Flip to front
Listen Playing... Paused   You're listening to a sample of the Audible audio edition.
Learn more
See all 2 images 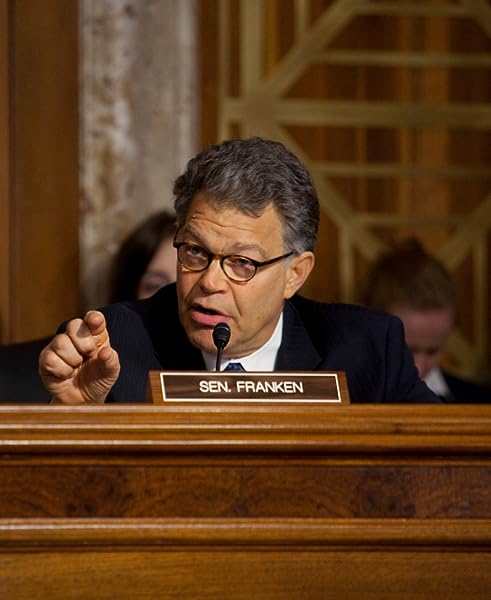 Rush Limbaugh Is a Big Fat Idiot: And Other Observations Paperback – January 12, 1999

Al Franken is the author of I'm Good Enough, I'm Smart Enough, and Doggone It, People Like Me! and Rush Limbaugh Is a Big Fat Idiot. He currently serves on the United States Senate as the senator from Minnesota.
Tell the Publisher!
I'd like to read this book on Kindle

4.4 out of 5 stars
4.4 out of 5
262 customer ratings
How does Amazon calculate star ratings?
Amazon calculates a product’s star ratings based on a machine learned model instead of a raw data average. The model takes into account factors including the age of a rating, whether the ratings are from verified purchasers, and factors that establish reviewer trustworthiness.

L. Cook
4.0 out of 5 stars Tone might interfere with the message, but not a bad book.
Reviewed in the United States on February 16, 2018
Verified Purchase
I think that some people would find the style of writing a bit confusing and off-putting, not realizing the irony and sarcasm. By using the voice of his subject, Franken was making a point ... but he doesn't explain that for a while, which would make some people ... myself included .... feel dismayed by his tone and his crudeness in the beginning of the book. It is, however, informative and explains some things.
Read more
Helpful
Comment Report abuse

Jason C. Evans
5.0 out of 5 stars Funny and true!
Reviewed in the United States on June 3, 2019
Verified Purchase
Using his rapier-like wit, Franken exposes Limbaugh and the right wing for what they really are!
Read more
2 people found this helpful
Helpful
Comment Report abuse

canary9
4.0 out of 5 stars Old news still rings true.
Reviewed in the United States on May 27, 2020
Verified Purchase
I have not read it. I did, however, buy it for my 93 year old mother as a congratulatory gift for changing her party affiliation from Republican to Democrat.
It made her laugh so hard I feared I might have done her harm having given it to her.

Potsdam_sr
4.0 out of 5 stars The man can write.
Reviewed in the United States on December 6, 2017
Verified Purchase
Very funny, page-turner of a book.
Read more
3 people found this helpful
Helpful
Comment Report abuse

P. Corbell
5.0 out of 5 stars The funniest book ever.
Reviewed in the United States on December 23, 2009
Verified Purchase
This book is so funny, anyone interested in politics should read it, even though it is funny, it is so correct.
Read more
8 people found this helpful
Helpful
Comment Report abuse
See all reviews from the United States

Weasel powered cheese maker
3.0 out of 5 stars Too much fat not enough idiot
Reviewed in the United Kingdom on April 27, 2004
Verified Purchase
If you've read Al Franken's more recent "Lies and the lying liars that tell them..." you may find this book a touch dissapointing. It's a little less well structured and there is an over-reliance on the 'fat' element of the title for cheap laughs, while most of it's readers are probably more concerned with reading evidence of the 'idiot' side of things.
Anyway, I hear that Rush has lost weight now, there's even rumours that this book might have been the spur he needed to make him do it. One can only hope it might also spur him to increase the accuracy of his facts too.
No doubt about it though this is a funny book and it makes some serious points in a humorous manner.
I come from the UK and although I'm aware of Rush Limbaugh, who he is, what he does and the way he does it, I am well aware that the majority of my countrymen don't. Well let me say right now that this doesn't matter, you don't need to know Rush to enjoy this book. If you've ever wondered where those right wing folks who post their "liberals are evil, smoking doesn't cause cancer, the US doesn't pollute" rants on disscussion forums get their ready-mixed 'just add water' opinions from then there's a pretty good chance that old Rush is source. So why not save yourself a whole lot of hassle and read about them here with Franken's amusing commentary.
I read this one before "Lies...." and it makes a good intro to the later book, but if you only read one Franken book, then read "Lies..." it's a far more cohesive expose of the political dishonesty of US right-wing media pundits, and it's got less lard jokes too.

Robert M.
5.0 out of 5 stars Dated, but (sadly) still highly relevant
Reviewed in Australia on May 31, 2019
Verified Purchase
May not be the best of Al Franken’s books, but still contained a wealth of laughs at some of the idiots in US politics.
Read more
Helpful
Sending feedback...
Thank you for your feedback.
Sorry, we failed to record your vote. Please try again
Report abuse

Page 1 of 1 Start overPage 1 of 1
This shopping feature will continue to load items when the Enter key is pressed. In order to navigate out of this carousel please use your heading shortcut key to navigate to the next or previous heading.
Back
Next
Pages with related products. See and discover other items: my big farm book, al franken books